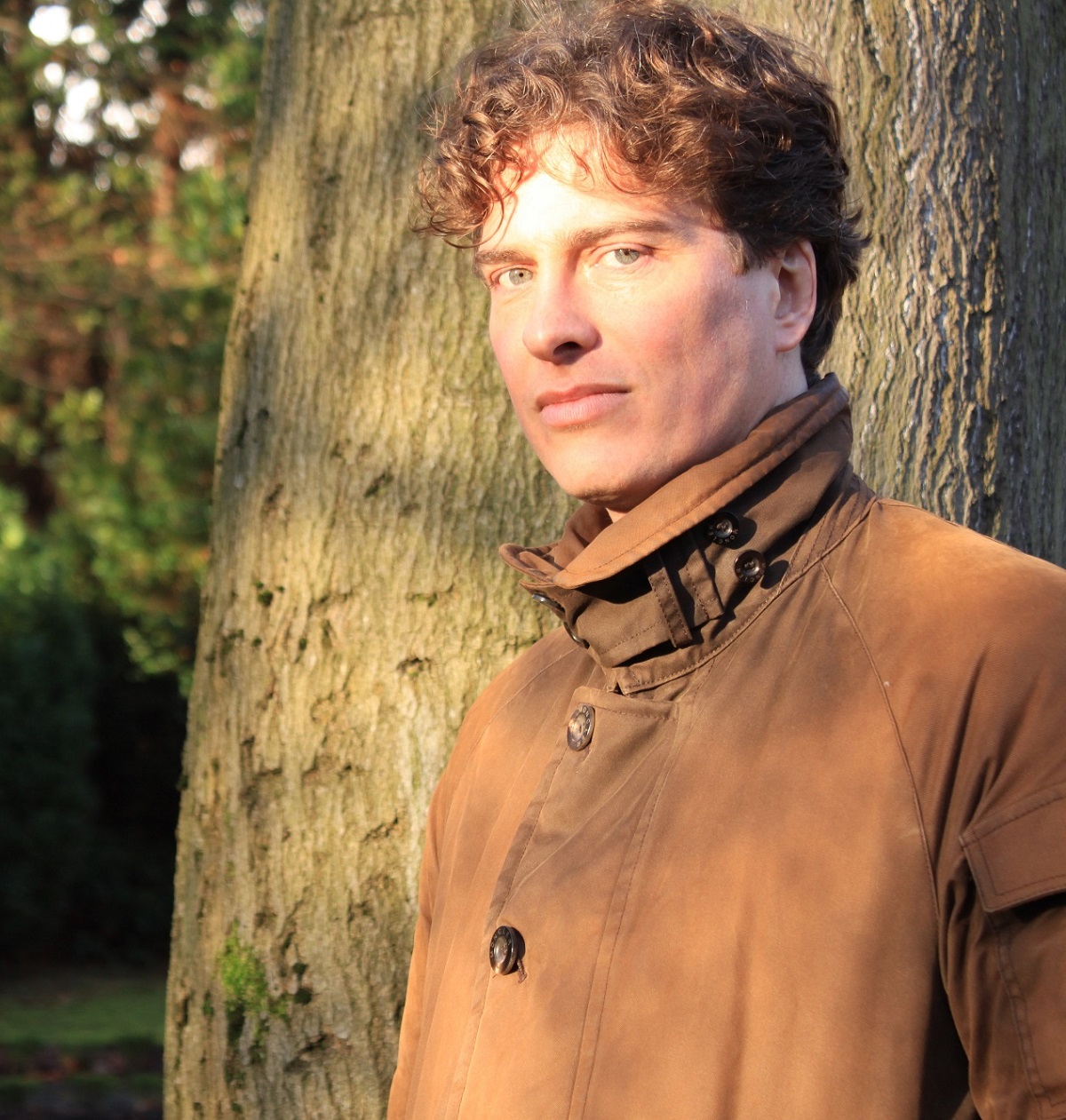 Mark Blacklock is a doctor of the fourth dimension, speaks third-class Japanese and was once a human cannonball. He lives in South London with his wife and three daughters. Mark's debut novel, I'M JACK, about the Yorkshire Ripper hoaxer, was published by Granta in June 2015.

His new novel, HINTON, based on the life of British mathemetician Charles Howard Hinton, was published by Granta in April 2020.

'Hinton manages not only to keep faith with the principles of what Blacklock has referred to as “documentary realism” laid out in I’m Jack, but to expand and consolidate the author’s overarching project as a writer. As with the baseline biographical details assembled in I’m Jack, readers curious enough to check the dates on the timeline in Hinton will discover that all of them tally with recorded history: Blacklock is leading us once again into the uneasy liminal space between fact and fiction. [...] The artistry of Hinton appears seamless, the imagined sections so well in tune with their contemporary source material that we believe in them utterly. [...] From the remarkable facts about the Hintons, Blacklock weaves a distinct and original fiction, a fittingly four-dimensional representation of lived reality. Questions of societal convention versus individual freedom and Classical enlightenment versus Romantic self-expression play themselves out against a backdrop that, as we familiarise ourselves with its complexities, jumps glowingly to life. This is a dense, multilayered, knotty book, demanding the reader’s full cooperation. But Blacklock’s attention to detail, his imaginative reach, not to mention his willingness to wrestle with problems of geometry, have produced a singular literary achievement.' Nina Allan, Guardian

'An ingenious fictionalised Victorian life story... The third-person narration unfolds in the cool, clean present tense we’ve come to associate with modern historical fiction. The perspective floats around smoothly to trace the fortunes of each of his four children by his second wife, Mary, whose thoughts on her sidelined counterpart stay under wraps until a late series of diary entries, which are among an array of nested documents introduced by a Blacklock-like researcher in the novel’s second half. [...] Ultimately, Hinton serves as an ingenious variant on the traditional buried secret narrative, in which the requisite playing for time is primarily an effect of structure, not to mention any number of diverting typographical tricks - when Hinton tries looking through a stereoscope for the first time, there’s a ghostly doubling of the text; when he invents a machine for throwing baseballs, the sound appears in supersize fonts.' Anthony Cummins, Observer

'[An] intelligent and disturbing slice of noir... Blacklock fits effortlessly into the lineup of accomplished literary chroniclers of the Ripper years' Guardian

'Here are dark telegrams from an expertly realised otherness that is Sunderland. Spare. Swift. Smart. And dangerous. Carrying us through maps of shame to rescue a convincing fiction of the past from its sullen entropy' Iain Sinclair

'Compelling, troubling, fascinating, a delight to read. It is a sublime anti-novel and a brilliantly original intervention into a most peculiar episode of recent history' James Miller

'Less a novel and more an assault on the senses, I'm Jack uses inter-textual trickery and deft Mackem parlance to create a portrait of a man obsessed. It is a forensic montage, a frenzied confessional and a stark commentary on the effects of public notoriety... [A] story as pathetic as it is moving, as haunted as it is necessary. It takes the true crime novel into an exciting new direction' Benjamin Myers

'An absorbing and fascinating read. Using multi-layered storytelling, a deep personal knowledge of Sunderland past, present and legend in a believable and hard-hitting blend of fact and imagination, it paints a genuinely disturbing vision of an obsessive, calculating and ultimately self-destructive personality' Bryan Talbot