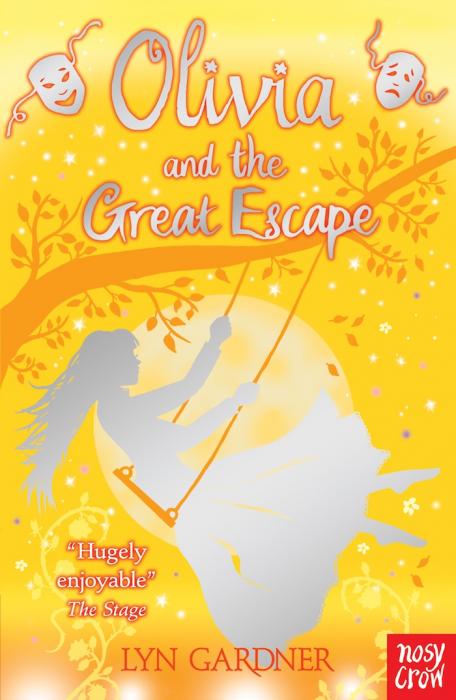 Lyn Gardner was born in London. A theatre critic on The Guardian, she goes to the theatre five or six nights a week, which should leave no time for writing books at all. Prior to joining The Guardian she was a tea lady, a waitress, sold (or failed to sell) advertising space for a magazine called Sludge, wrote for The Independent and helped found the London listings magazine, City Limits, the largest publishing co-op in Europe. She and her two daughters have one venerable goldfish (there were two, but one came to a tragic end) and a horse--who is the most demanding, temperamental and expensive member of the family.

ROSE CAMPION AND THE CURSE OF THE DOOMSTONE (2nd February 2017, Nosy Crow​)

Business has never been better for Campion's Palace of Variety and Wonders - and the music hall is about to open its doors to its biggest act yet: the Illustrious Gandini, the stage magician known as the Great Wizard of the North. But when the Doomstone Diamond - a priceless jewel with a disturbing history - is stolen during one of Gandini's performances, Campion's finds itself under threat once more, and Rose Campion and her friends will need all their wits about them to find the thief and uncover the secrets of the magician's mysterious past...

THE GHASTLY MCNASTYS: FRIGHT IN THE NIGHT (5th April 2016, Kids Can Press)

Sweaty socks! Squeaky underpants! Just when the inhabitants of Little Snoring think they've seen the last of Gruesome and Grisly McNasty, the ?repulsive, repellant? pirate twins are unexpectedly --- and very disgustingly --- expelled from a shark onto the deck of The Good Hope. Seizing on their good luck, the pair quickly rid themselves of the ship's captain and crew, commandeer the vessel and set sail once again to claim Captain Syd's lost treasure. Fortunately, once local children Tat and Hetty realize the evil McNastys are responsible for The Good Hope's disappearance, they devise a clever trap to easily lure the witless duo to their capture. But when things go awry, Tat and Hetty become the captives instead, and they're suddenly thrown into a perilous race against the ocean's rising tide. Are the friends doomed to a dastardly death at sea?