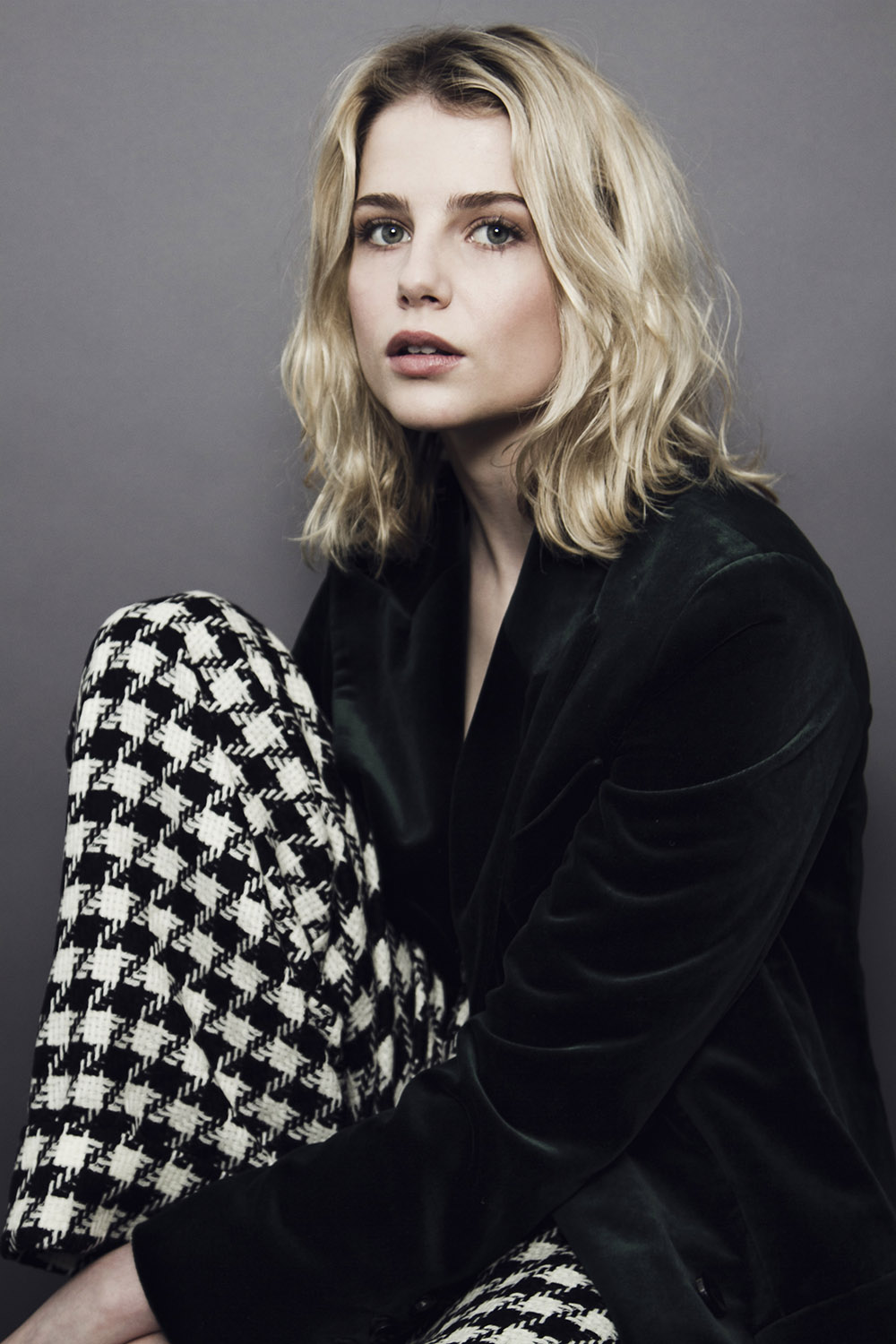 Lucy has recently finished filming the lead role opposite Will Poulter in WHY DIDN’T THEY ASK EVANS directed by Hugh Laurie, which has just been released on BritBox. She has also recently finished filming the role of Marie Antoinette in CHEVALIER, the Fox Searchlight feature film opposite Kelvin Harrison Jr. and Samara Weaving. She has also just wrapped on the feature film THE PALE BLUE EYE opposite Christian Bale.

She can now be seen starring in THE IPCRESS FILES for ITV, in which she plays a leading role opposite Joe Cole and Tom Hollander.

She has also recently filmed a lovely leading role in one episode of MODERN LOVE Season 2, directed by John Carney for Amazon Studios in which she stars opposite Kit Harrington.

Lucy played the female lead in John Carney’s Sing Street. The film got rave reviews and received a Golden Globe nomination in the category of Best Motion Picture for a Musical or Comedy, as well as marking Lucy as one of Variety’s ‘Breakthrough’ performances from the Sundance Film Festival in 2016.

She played a leading role in Ryan Murphy’s THE POLITICIAN, Netflix opposite Ben Platt, Bette Midler and Gwyneth Paltrow – and     opposite Naomi Watts in GYPSY (Netflix / Working Title.)

Other recent work includes LOCKDOWN, with Anne Hathaway and Chiwitel Ejiofor, directed by Doug Liman, and written by Steve Knight.

She will also play the role of Marianne Faithfull in FAITHFULL - for Artemis Films / Altitude Entertainment.