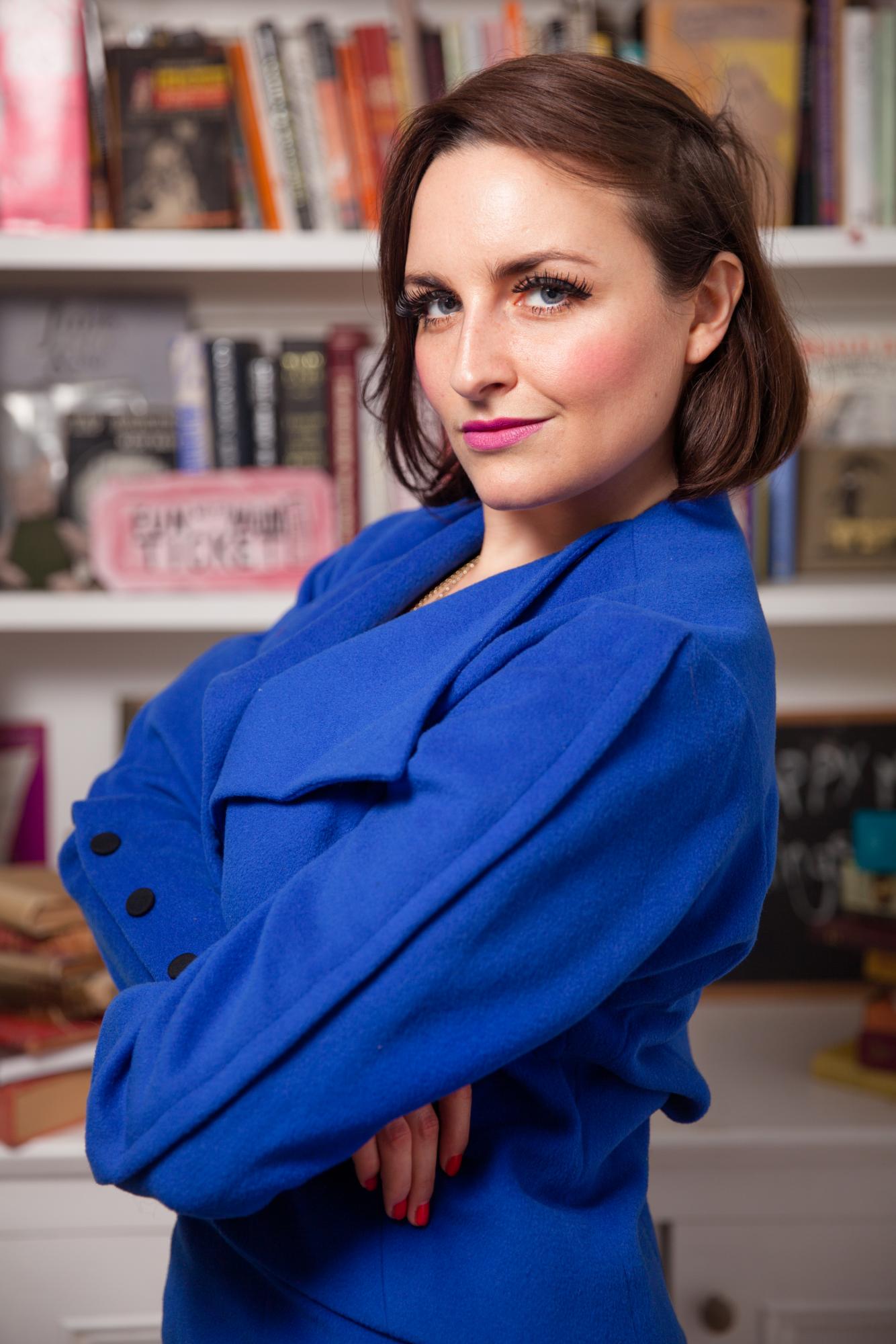 Laura Dockrill is an award winning author and illustrator. The first in her 'Darcy Burdock' series was shortlisted for the Waterstones Book of the Year prize and her most recent young adult novel, Big Bones, was released in 2018. Her previous works MISTAKES IN THE BACKGROUND, UGLY SHY GIRL and ECHOES earned her plaudits like ‘Top 10 Literary Talent’ from The Times newspaper and 'Top 20 Hot Faces to Watch' from Elle magazine.

Laura has appeared on a host of TV programmes; CBeebies, Blue Peter, Newsnight and BBC Breakfast to name a few. In 2013 she also wrote, performed and illustrated a ‘Random Act’ for Channel 4.

Her radio prowess spans across the entire BBC network, having performed works on Radio 1 through 6 including Woman's Hour and Open Book. Her radio commissioned work includes short stories for Radio 4 and is a poet in residence for Radio 1.

She is on the advisory panel at The Ministry Of Stories, and has judged many literary prizes including the John Betjeman Poetry Prize, BBC National Short Story Prize and the BAFTA Children’s Prize.

Laura is embarking on her fifth year of mentoring with the charity First Story, and was the writer in residence for Booktrust. Other commissioned work has seen Laura collaborate with Lush, Oasis, Bacardi, EastPak and Irregular Choice. She is also the founder of ‘This Is Not a Female Tribe’ a networking session for women in the arts, previously held at London’s Southbank Centre.

Prepare to fall absolutely in love with this irresistible cookie, crumbly chocolate chips and all.

OH NO! Barbra the cactus won’t stop playing her recorder, the yummy strawberry toothpaste has run out, and now – to top it all off – Cookie has to have his hair cut! Which all makes for one VERY ANGRY little cookie... But perhaps you, the reader, can find a way to turn his grumpy frown upside down? This is a wildly inventive, interactive, laugh-out-loud tale brings Laura Dockrill's one-of-a-kind voice and Maria Karipidou's hilarious illustrations to the Walker list.

It's a food diary. I have to tell the truth. That's the point.

Bluebelle, aka BB, aka Big Bones - is a sixteen-year-old girl encouraged to tackle her weight even though she's perfectly happy, thank you, and getting on with her life and in love with food.
Then a tragedy in the family forces BB to find a new relationship with her body and herself. . .
Tuck in for best mates, belly laughs, boys and the best Bakewell tart.

She says 'I've worked so hard for years and I deserve a rest!'
As she scribbles with crayons and pours custard down her dress,
She's dangling from the banister with her head upside-down!
Does your Mum do this?

Help! My Mum's growing DOWN!

Mum is a gamer, a party animal and a free spirit making life hard work for her nine year old son. These poems are a glimpse into their parent child relationship; their antics and adventures. The poems are bold, brave, funny and some - very moving. This collection shows just how funny, rude and naughty mums can be! It's Dahl meets Dr Seuss meets Colin McNaughton with a sprinkling of Absolutely Fabulous.

Laura is adapting her memoir of surviving postpartum pyschosis, What Have I Done? (Vintage), for television. Laura co-wrote Goldfish which was nominated for the BAFTA for Best British Short in 2020.

Her other publications include Angry Cookie (Walker Books), Big Bones (Hot Key), My Mum’s Growing Down (Faber), Aurabel and Lorali (Hot Key) and the hugely popular five-book Darcy Burdock series (Corgi). She has twice been nominated for the Carnegie Medal.

As a playwright her work has been seen at the Bush Theatre, the Royal Festival Hall and the Young Vic.  She studied scriptwriting at the Royal Court and Soho theatres.