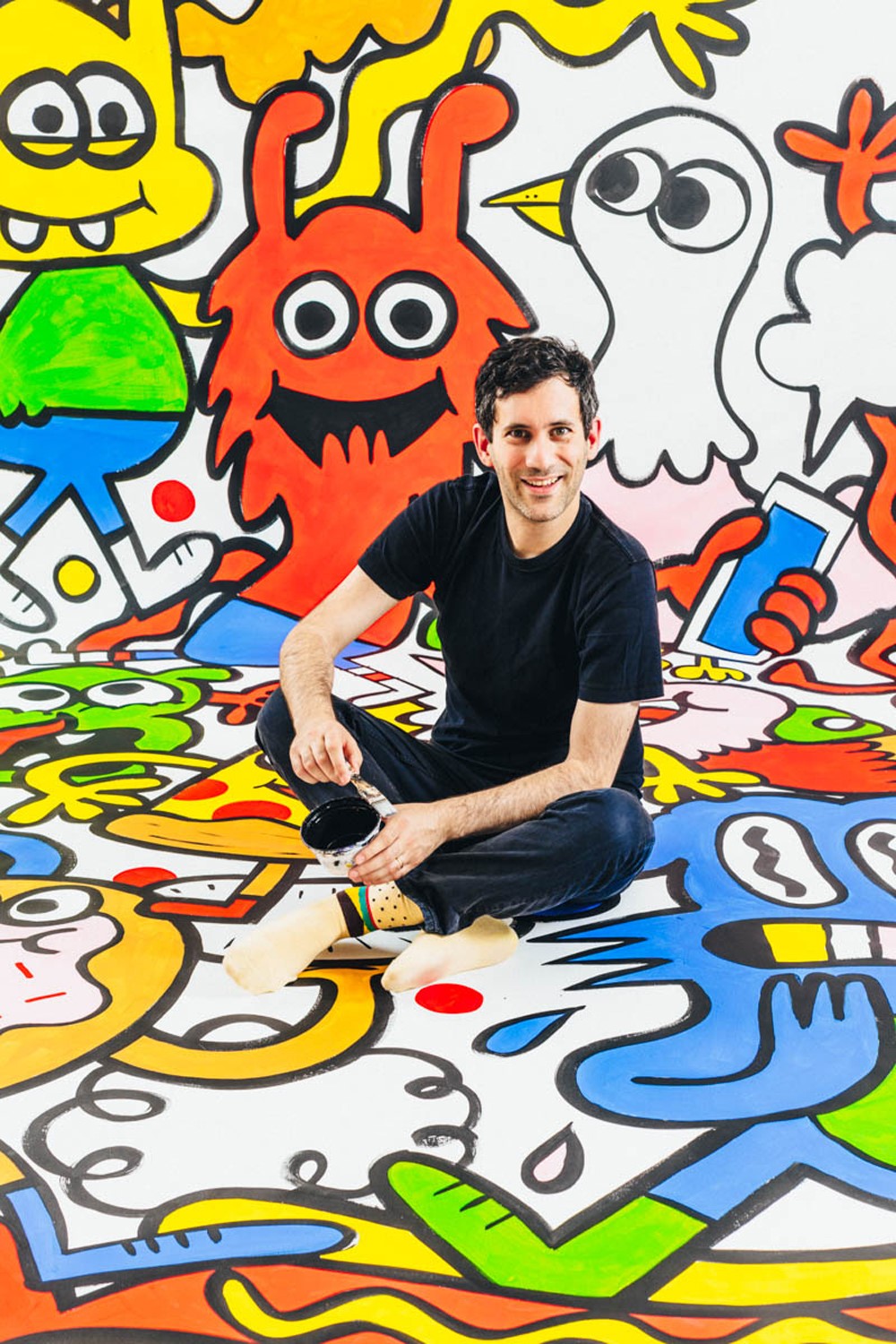 Brooklyn-based artist Jon Burgerman (b. UK 1979) encourages mistakes, experiments and improvisation within his practice to allow for new, fun ways of making. His mission is to inspire creativity in others and to never know exactly what he will create next.

He regularly exhibits and talks about creativity all over the world and across social media, where he has a dedicated following. He’s even been a guest on Blue Peter twice. His artworks are held in the collections of several institutions including the Victoria and Albert Museum, London. He has been commissioned by brands that include Apple, Samsung, Snapchat, Facebook, Instagram, Huawei, Nike, Puma, The New York Times, Coke and MTV.

Since 2017 Burgerman has also become a prolific author, having several picture books published (Splat! Rhyme Crime, How to Eat Pizza, Everybody has a Body published by Oxford University Press) alongside a collection of creativity books (including It’s Great To Create published by Chronicle Books).

It's Burgerman's belief that through creative acts, art can allow people to imagine a new future and in turn become a catalysis for changing the world.