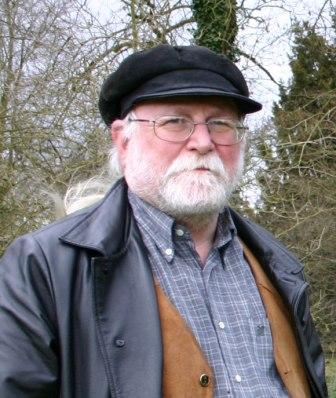 Jeff Merrifield has had over 45 years professional involvement in Community Arts including long-term projects with the Mid-Pennine Arts Association, the Arts and Technology Laboratory, Lancashire County Council, Essex County Council. Theatre Resource, the Arts Award, Artswork Essex, Eastern Jazz Summer School,  the Ken Campbell Road Show, the Science Fiction Theatre of Liverpool and Playback Arts, his own company which he founded in 1975 and through which he staged a wide variety of theatrical productions for tours, festivals and theatre runs, as well as video productions and publishing.  His own plays for Playback include TAPESTRIES: a travesty (with Alan Lever) Fringe First Award Winner; LOVERS COME AND LOVERS GO BUT FRIENDS ARE HARD TO FIND, SHAME, THE PENNY DROPS (with Alan Lever), THE DARK HAIRED GIRL - based on the women in the life of Philip K Dick, SLATZER'S BOUQUET and the Ken Campbell adapted version of SLATZER'S BOUQUET, OPERA DAFNE and HIT ME! - THE LIFE AND RHYMES OF IAN DURY which tours summer 2010.

Early work with the Ken Campbell Road Show included publicity, developmental work, making props and guest appearances.   He was later involved in revival productions of THE WARP (1999-2003) and became the official chronicler of the Science Fiction Theatre of Liverpool, work which eventually resulted in the award of a Doctorate on the work of Ken Campbell for the University of Liverpool (2001). A producer and presenter of CLOSE UP. a wide-ranging arts programme on BBC Radio Blackburn (now BBC Radio Lancashire), Jeff also ran the Monkeys Jazz Club at the Hermit Centre in Brentwood, Essex for almost a decade. This legendary club attracted some of the brightest and best jazz musicians in the country, including Ronnie Scott, Kevin Ayers and Django Bates.

Jeff's wide-spanning career in the Arts has included projects which have weaved together theatre and jazz, organising mammoth festivals, Board Director of Theatre Recourse, a company specialising in art with and for the disabled and disadvantaged, and writing and editing books ranging from children's poetry to DAMANHUR, about an artistic spiritual community who have produced award-winning artworks inside a mountain.