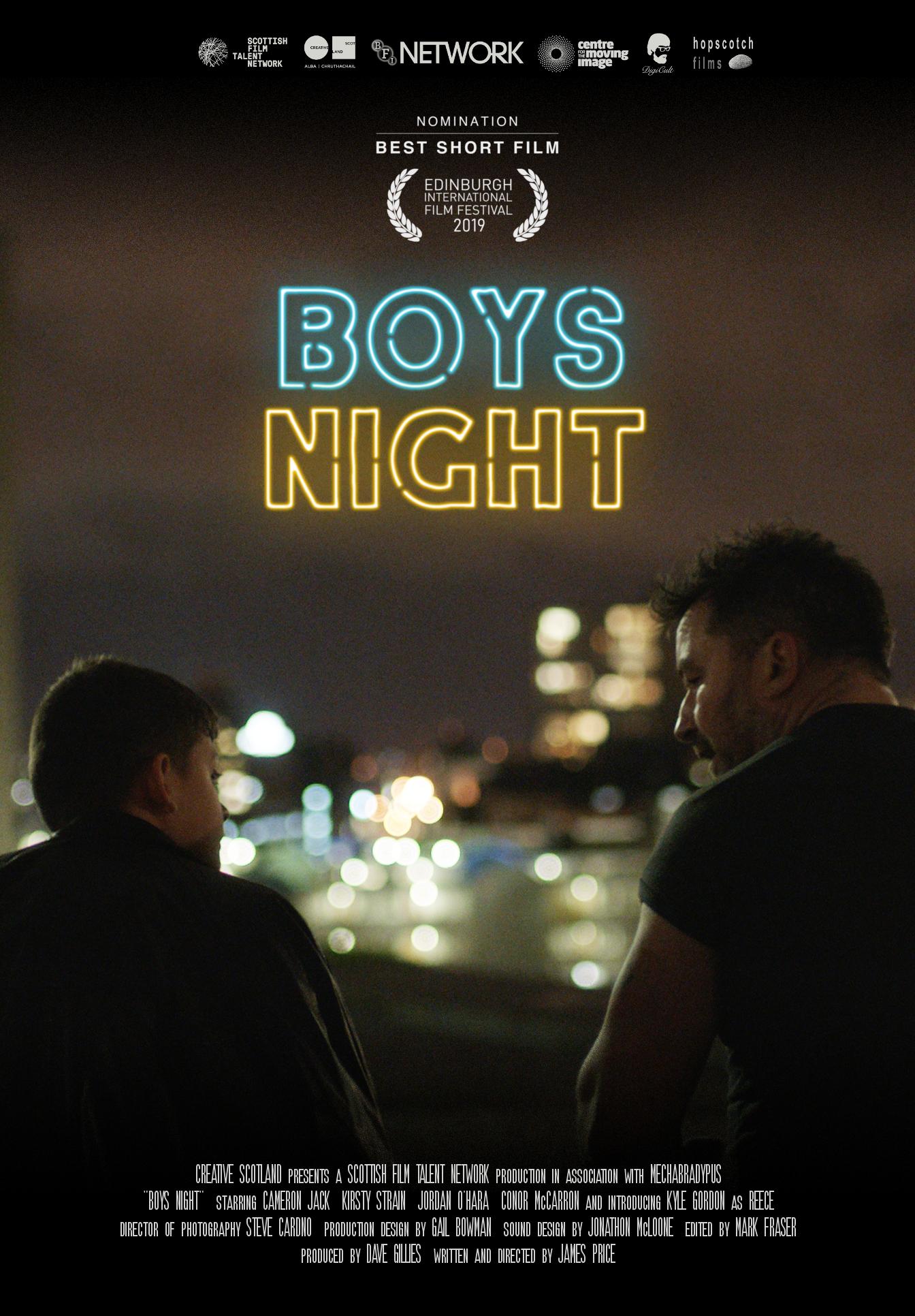 James Price is a screenwriter and filmmaker from Springburn in Glasgow. He taught himself how to write scripts in his teenage years by reading the scripts of films that he admired, finally working up the courage to send his work out to people in his early 20s. He was a co-director on Nick Higgins documentary project WE ARE NORTHERN LIGHTS in 2012. He also worked behind the scenes on several short films to gain experience including Sigma Films' GOOD SOULS.

In 2014 James' script DROPPING OFF MICHAEL was selected by Sigma Films' JumpCut scheme to go into production with Zam Salim at the helm as director, receiving a terrific reception at film festivals worldwide including London, Cork and Palm Springs. The film won the audience award at the Glasgow Short Film Festival. He also gained a BAFTA New Talent nomination as a writer and the film itself went on to gain a Best Short Film nomination at the 2015 BAFTA Scotland ceremony.

James then came first place in Shore Scripts' Short Film Competition with his script STREET HASSLE, judged by industry professionals including Jeremy Irons, Tony Grisoni and Phylidda Lloyd. The script was also selected in 2017 to be a part of Creative Scotlands Bellrock screenwriting residency which saw him develop it into a feature film script with the guidance of producer Olivia Stewart (VELVET GOLDMINE, BRASSED OFF).

James' next produced experimental short film CHIBBED utilised non-contextualised violence to explore a dark moment known all too well to Glasgow. It premiered at the Glasgow Short Film Festival in 2018 and subsequently went on to stream on BBC iPlayer under the banner 'BBC Social Presents...' and is now available to watch freely on the BBC website.

In 2018 his feature length script GALLUS DAYS was one of only 15 successfully selected out of 4000 submissions to grant him a place on the BBC Drama Room 2018, the same year he also became a BFI x BAFTA CREW member.

The first short film James ever wrote and directed, CONCRETE AND FLOWERS, featured on the new BBC Scotland TV programme NEXT BIG THING and played at the Glasgow Short Film Festival in March.

Across 2019 and 2020 he took part in the BBC TV Drama Writers Program, leading to a commission by World Productions Scotland to write a pilot for a semi-autobiographical TV series based on his childhood and teenage years around Glasgow’s once prominent gang fighting culture. In the same time period also saw the release of his short film BOYS NIGHT, funded by Creative Scotland, BFI and SFTN, which premiered at the Edinburgh International Film Festival, garnering a nomination for Best Short Film. He also participated on the Edinburgh International Film Festival 2019 Talent Lab.

2020 up to the present has seen James accomplish some terrific things, including a 2-ep commission from BBC Scotland and World Productions for an original dark-dramedy series, a place on the 2021 BBC TV Drama Scotland Writers programme where he is developing an original drama series, a 6 x 10' short-form original drama commission series with BBC Scotland and Creative Scotland (which he'll both write and direct) and selected as a writer and director for the new BBC Arts series SKINT with Hopscotch Films.