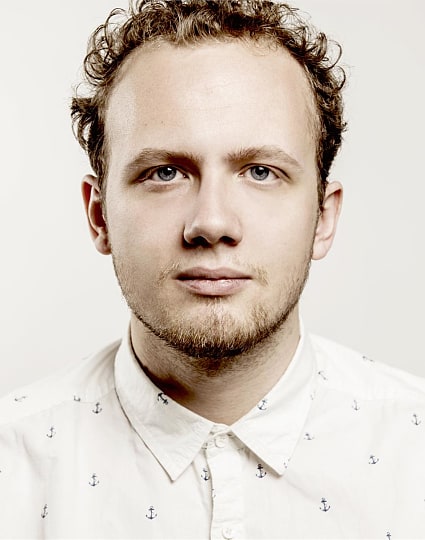 James is an actor and writer, whose debut Edinburgh solo show, THE BOXER, received huge critical acclaim, with the Guardian naming it one of the ‘Top 10 Comedy Shows of 2019’.

Reviews for THE BOXER:

“A heavyweight hour of stand-up and storytelling” ★★★★ The Guardian
“A magnificent mix of stand-up, theatre and memoir which packs a powerful punch” ★★★★★ iTalkTelly
“Compelling and poignant” ★★★★ The Scotsman
"A knockout" ★★★★ Beyond The Joke
"Beautiful and uplifting" ★★★★ One 4 Review

Most recently, James was seen in the West End production of THE UNDERSTUDY, an adaptation of the best-selling book by David Nicholls, joining a star-studded cast including Stephen Fry and James Norton. He also starred in two episodes of THE EMILY ATACK SHOW for ITV and joined the cast of BBC Radio 4’s SKETCHTOPIA.

Since 2019, James has been a writer for and performer in CBBC’s hit HORRIBLE HISTORIES, which has won and been nominated for numerous BAFTA Children’s awards, including Best Writing and Best Comedy.

James' debut Edinburgh solo show, The Boxer, received huge critical acclaim and was deemed 'a knockout ****' by The Guardian.  He is a member of the Sketch group BEASTS and has been a writer on Horrible Histories since Season 8.

James McNicholas is a writer and performer based in London. As a screenwriter, he has credits with BBC, ITV & BBC Radio 4. His live comedy show ‘The Boxer’ was named in the ‘Top 10 Comedy Shows of 2019’ (The Guardian). Alongside his comedy, James is a sports journalist for The Athletic.

James's memoir, THE CHAMP & THE CHUMP (Headline, 2021), was born out of 'The Boxer' and is a heart-warming and hilarious story about fighting and family; it charts the differences and similarities between James and his grandfather, Terry Downes, world champion boxer, successful businessman and film star. THE CHAMP & THE CHUMP was Winner of The Best Sports Entertainment Book at the Sport Book Awards 2022.

Praise for THE CHAMP & THE CHUMP: