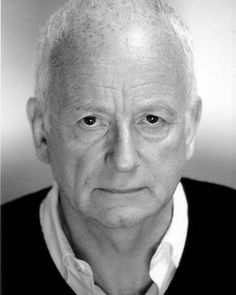 Ian is a Tony and Olivier award-winning actor and director. He is perhaps best known for his role as EMPEROR PALPATINE in the STAR WARS Franchise. Recent credits include the lead in the UK tour of Roxana Silbert’s WHAT SHADOWS and in Jez Butterworth’s BRITANNIA for Sky Atlantic.

Ian McDiarmid was born in Carnoustie, Scotland. He attended St Andrews University, graduating with a Master's degree in Social Science and, subsequently, the Royal Scottish Academy of Music and Drama, where he won the Gold Medal.

As a leading theatre actor, he has appeared with all the major U.K. companies, in the West End and on Broadway, receiving many awards, including an Olivier and a Tony. From 1990 to 2002, he was joint Artistic Director of London's Almeida Theatre, helping to establish its international reputation. His many television and film roles include Emperor Palpatine in the Star Wars films. Ian most recently starred in WHAT SHADOWS at the Birmingham and was seen back on screens as King Pellenor in the Sky/Amazon collaboration Britannia.