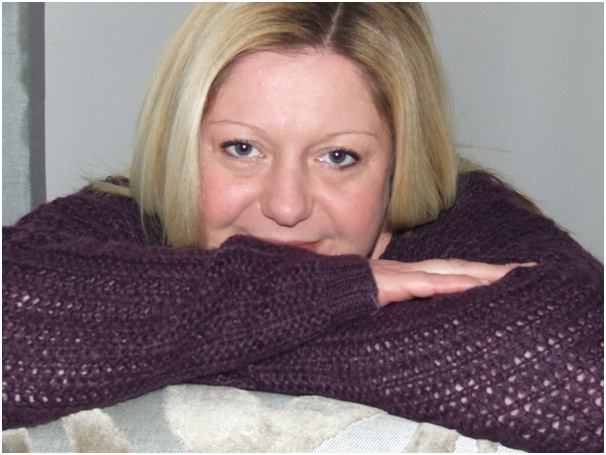 Hollie Hughes wrote her first picture books, about an earwig called Eric, as a young child herself - way back in the 1980’s. Much of her childhood was spent writing stories, drawing pictures to accompany them - and persuading all her unfortunate friends to take part in madcap variety style shows. As an adult, she trained as a youth worker (and later, as a teacher) and spent nearly twenty years working in youth centres, nurseries, schools, and colleges. She never quite lost the urge to write though and, in 2012, finally got back to those stories and plays again - after a break of around thirty years.  Since then, she has won and been shortlisted in a number of writing competitions – for short stories, plays and audio drama – and has had work professionally performed, and podcast. She lives in Essex with her husband and three children, and runs a junior creative writing group in a local primary school. Much of her time is now, once again, spent happily writing new picture book stories - just like all those years ago. Poor old Eric the Earwig has long since been consigned to landfill (there was no such thing as recycling back in the 1980’s) but, if the world is ever truly ready for a potato skin car driving earwig, Hollie will most definitely be first in line for the job.

​THE GIRL AND THE DINOSAUR (5 September 2019, Bloomsbury Children's books)

A masterpiece of storytelling with evocative and stunning illustrations, destined to be read for years to come.

The wishing stars burn bright tonight, the air is thick with dreams,
And a deeply sleeping dinosaur is waking up, it seems . . .

In a town by the seaside, Marianne is often seen foraging on the beach. But she isn't playing with children her own age. Instead Marianne is alone, and digging for dinosaur bones to build a special sort of companion. Then, one night, she goes to sleep wishing with all her heart that her dinosaur might come to life . . .

A very rare and special book where the words and pictures take you on a magical journey far beyond the page.

Her royal mum and dad want Princess Swashbuckle to marry a prince, but they never turn into frogs when she kisses them ... So instead she stows away on a pirate ship. When she is captain, she and her motley crew find a way to help creatures everywhere they go. And soon they amass a treasure hoard, from thank-you gifts.

A story about following your dreams, Princess Swashbuckle also shows that kindness reaps its own reward!

Jim's nan is completely ordinary. Or so Jim thinks. One day he finds a note on the fridge which changes everything... his nan has run away to be a ninja at the circus! 'Dear Jim, I am running away to join the circus. I know this will be a shock to you, but sometimes a Nan's just gotta do what a Nan's gotta do... Love, Your Nan (Ninja Nan!)' Join Jim and his nan at the circus in this hilarious picture book from Hollie Hughes and Natalie Smillie. With a laugh-out-loud text and bright, punchy illustrations, this is sure to be a winner with secret ninjas everywhere.

The famishing vanishing mahoosive mammoth is a hairy beast who simply can't think of anything but his tummy. So how, then, can his friend Bug distract him? Find out in this hilarious rhyming picture book about one hairy mammoth with a ridiculously large appetite, and one loyal friend with a clever plan.

With oodles of fun and laughter, it's the perfect picture book for all fans of Julia Donaldson, Neal Layton, Alex T. Smith and Lauren Child.