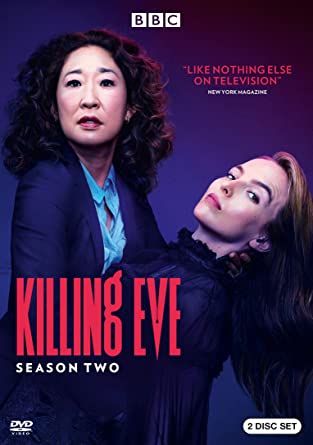 Screen’s ‘Stars of Tomorrow’ 2012; Broadcast ‘Hotshots’ 2013; and listed in the BBC’s New Talent Hotlist in 2017, Jessica and Henrietta wrote their first script THE SHAKESPEARE CLUB – a farce about authorship controversy – aged 15. Their script OLIVIA AND JIM came third on the Brit List 2011. Following on from their TV work on the third series of FRESH MEAT and the BAFTA-winning DIXI, the Ashworths wrote on the second series of Phoebe Waller Bridge’s BAFTA-winning KILLING EVE for the BBC.

Their feature work includes an adaptation of QUEEN’S GAMBIT by Elizabeth Fremantle, FIREBRAND, that tells the story of Katherine Parr – the last wife of Henry VIII – which is in development with Gaby Tana and Karim Ainouz is attached to direct. The script was featured on the Brit List 2018. That same year, their debut feature TELL IT TO THE BEES, adapted from Fiona Shaw’s novel of the same name, premiered at the 2018 Toronto International Film Festival. Produced by Daisy Allsop, Riverstone and the BFI, the film is directed by Annabel Jankel and stars Anna Paquin and Holliday Grainger.

Upcoming projects include an adaptation of David Gaffney’s graphic novel THE THREE ROOMS IN VALERIE’S HEAD for Wall to Wall, a dark comedy about relationships, memory, loneliness and obsession that explores the ways we remain haunted by our ex-lovers; an adaptation of Abrose Parry's The Way Of All Flesh for Sunny March; and FAERIE QUEEN a new series for The Henson Company and Amazon.

The Ashworths are now developing their debut directorial feature THE CHANGE, about a young girl who develops terrifying powers, and have recently finished their short film NIGHTBUS. Both projects were produced by Helen Gladders of Gingerbread Pictures.