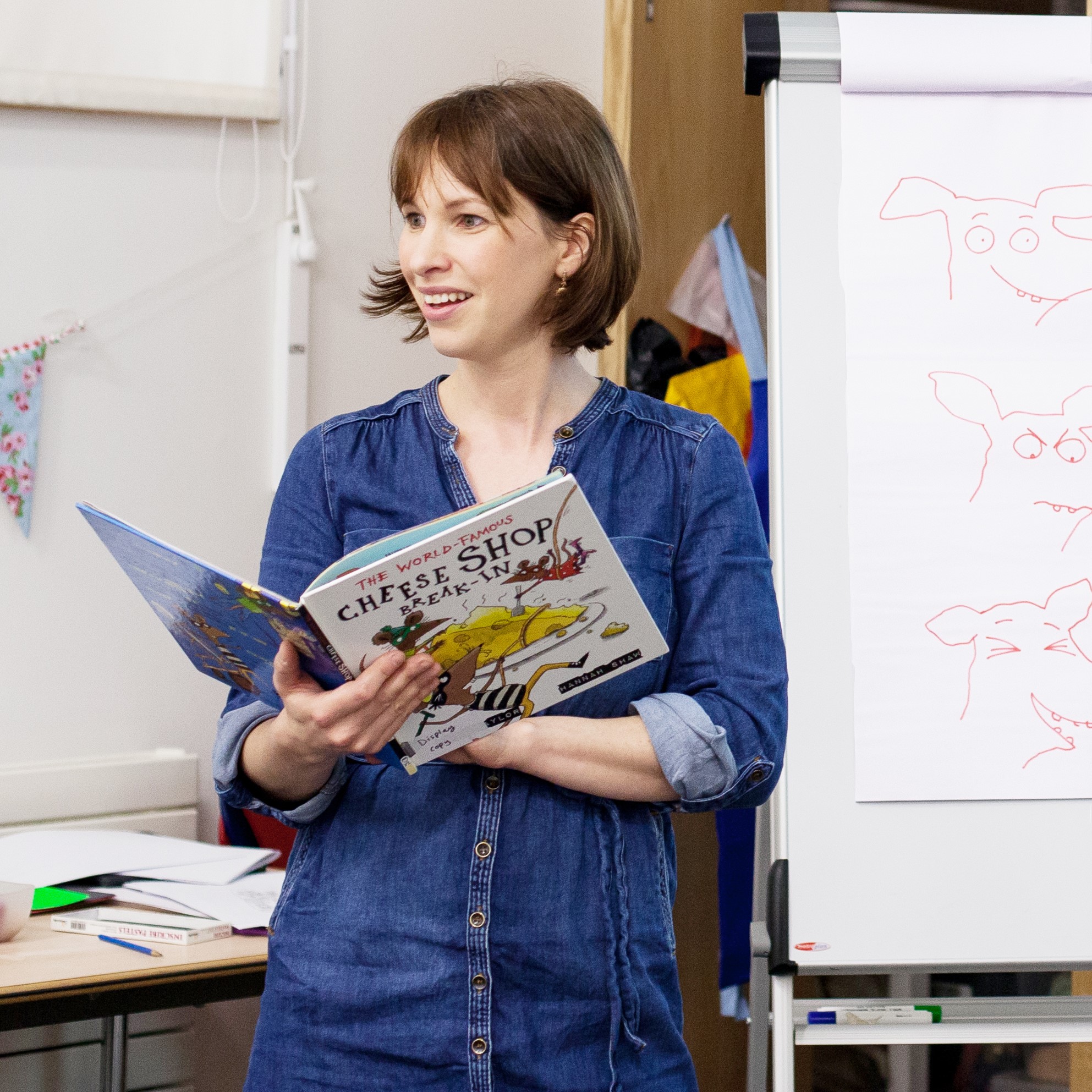 Hannah Shaw loves nothing more than making children laugh, her quirky characters and outrageously silly stories with lots of visual jokes make her books a go to for reluctant and avid readers alike.

Hannah won the Waterstone’s prize for her illustrations in The Hamster Massacre series, Cambridgeshire children’s book award for her first picture book and her stories have been long and shortlisted for many other awards. Her illustrations in The Disgusting Sandwich were selected for Booktrust Scotland's Book bag scheme and for the Duchess’s Bookshelves list. When she is not doodling in her studio or running school workshops, she likes to grow inedible marrows on her allotment. She studied at the University of Brighton and now lives in Stroud, Gloucestershire with her husband, smelly dog and two young children who steal her favourite drawing pens but provide great inspiration.

Bear is delivering a present to Mouse - but how can he get there? Bear takes whatever means of transport he can find: a bike, a lorry, a bus, a trolley - with lots of scrapes and japes along the way. It's going to be a very battered present by the time he reaches Mouse! A beautifully simple text paired with hilarious illustrations by Hannah Shaw, illustrator of THE DISGUSTING SANDWICH.

One day, a boy drops his sandwich in a sandpit, and the race is on! A very hungry badger wants it, but he's just not quick enough. The sandwich is dropped, squashed and slithered over by everyone from a squirrel, to a fox, to a band of slugs. Will the badger ever get his paws on that sandwich? And will he even want it if he does, or will it just be too disgusting?