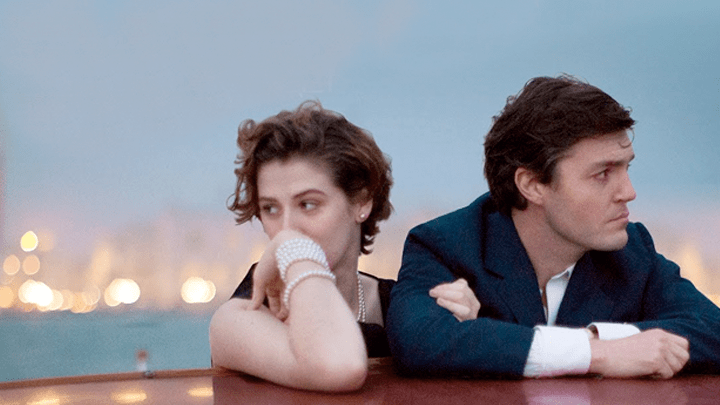 Grace has designed both parts of Joanna Hogg’s The Souvenir. Part one secured the coveted Grand Jury Prize in the World Cinema Dramatic Competition at the Sundance Film Festival 2019, and was most recently awarded best British/Irish film of the year at the London Film Critics’ Circle 2020. Part two was nominated for Best British Independent Film at the 2021 BIFAs.

Having graduated from Wimbledon College of Art & Design in 2012, Grace is an esteemed alumni of the University of the Arts (UAL). Within her degree, Grace’s primary focus was the construction of garments including tailoring & bespoke dressmaking. This technical insight enables Grace to better understand the life her costume designs will take.

Continuing to be involved with arts colleges as a guest speaker, Grace was recently a craft jurymember for the highly regarded British Arrows Awards. As well as being featured in globally renowned publications such as Variety, Grace has also been interviewed for Seventh Row’s eBook regarding their in-depth analysis of The Souvenir. 2018 saw Grace work with Billie Piper on her directorial debut ‘Rare Beasts’, which premiered at the Venice Film Festival in August 2019. Most recently, Grace has wrapped on an 8-part original drama for Sky Atlantic, collaborating once again with Billie Piper who co-created the show with Lucy Prebble.

Grace is a unique designer who loves to be challenged by scripts. She approaches projects through in-depth research and curiosity. Her passion for storytelling has seen her work on visually rich films including Bassam Tariq’s Mogul Mowgli which had its world premiere at Berlinale 2020 and walked away with the international critics prize.