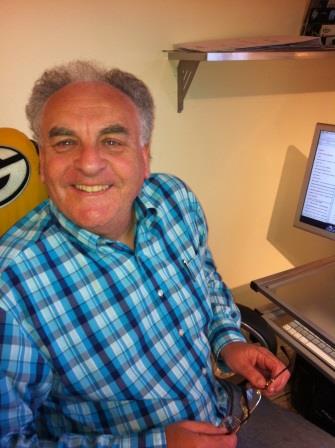 Geoff started life as a successful songwriter. His compositions have been recorded by Cliff Richard, The Carpenters, Elvis Presley, Johnny Mathis, Jessie J,  Barry Manilow and many other top artists. The worldwide standard, “Can’t Smile without You”, made famous by Barry Manilow, has sold over 22 million copies, and received creditation from BMI for being one of only 20 songs to have had over 3 million airplays in America. Geoff also had the great privilege of co-writing four songs for Elvis Presley, with whom he spent time, and who made the song “Let’s Be Friends”, the title track of one of Elvis’s successful albums.

Geoff formed two record companies and had hits around the world, discovering and cultivating many artists including "Guys 'n Dolls”, David Essex "Edison Lighthouse", Joe Brown, "Butterscotch" and many more. One record company was sold to RCA and the other to EMI.

In 1990 Geoff bought the Opera House and Palace Theatres in Manchester for £6 million and produced numerous shows there.  He was also a Director and major shareholder of Caesars Palace, Luton, then one of the largest and well-known cabaret clubs in England with a capacity of 1150 dinner guests.

Geoff has written five musicals which have been produced on the stage. His latest, LEGENDARY ROMANCE, produced by Laurence Myers, recently successfully ‘tried out’ in New Hampshire to great success. He has also written the score to the musical WOODY, based on the life of a man who comes to believe he is Woody Allen.

He writes film screenplays, including DON'T GO BREAKING MY HEART. Filming starts later this year on his latest screenplay, based on the life of Theodor Herzl.

Geoff is Chairman of the AIM-quoted GATE VENTURES PLC.

He is 73 and married with 6 children.