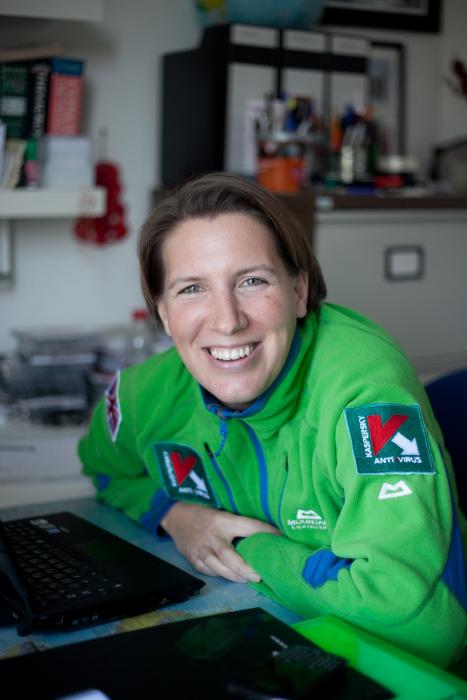 Felicity Aston is a Polar Explorer and Scientist.

In 2012 she became the first person in the world to ski alone across Antarctica using just muscle power (no kites or machines). The journey of just under 2000km took her two months and gave her a place in the book of Guinness World Records.

More than a decade previously, her first journey to Antarctica was as a meteorologist with the British Antarctic Survey to monitor climate and ozone. Felicity spent three years at Rothera Research Station on the Antarctic Peninsula, including two consecutive winters.

She went on to complete numerous journeys in Antarctica and other cold regions of the world. In 2009 Felicity led the largest, most international team of women ever to ski to the South Pole and in 2014, she drove more than 36,000km in a Land Rover Defender to reach the Pole of Cold in north-east Siberia, the coldest inhabited place in the world.

Felicity has written two books; ‘Call of the white: Taking the world to the South Pole’ is an account of the international women’s expedition in 2009 and was a finalist in the Banff Mountain Festival Book Competition. ‘Alone in Antarctica’ was published in 2013 and describes her solo crossing of the continent.

Felicity regularly speaks to a variety of audiences around the world about her expedition experiences as well as more generally about Polar Science, Antarctica and Meteorology. Outside Magazine in the US made her one of their 2012 ‘Adventurers of the Year’ and in 2014 she was given the Women of Discovery Courage Award.

Felicity was the expedition leader and co-presenter for ‘Cloud Lab: Science of the Skies’ a two-part BBC Science film broadcast on BBC Two in July 2014.