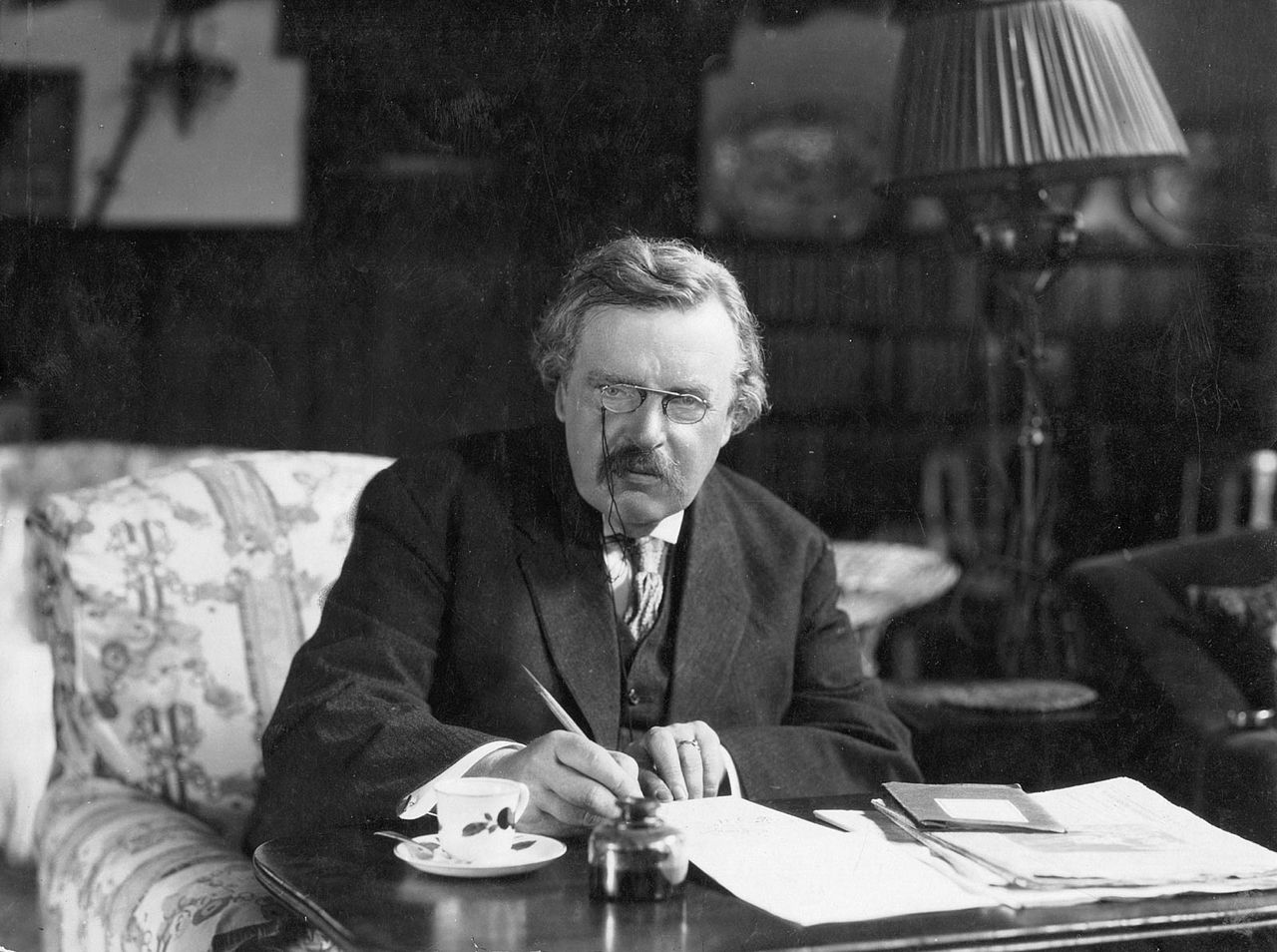 G K Chesterton was born in London in 1874, and lived there for more than half his life.  He was educated at St Paul’s School, where, despite his efforts to achieve oblivion at the bottom of his class, he was singled out as a boy with distinct literary promise.  He decided to follow art as a career and studied at the Slade School of Art where he met Ernest Hodder-Williams, who encouraged Chesterton in his writing.  At his request, he reviewed a number of books for the Bookman and found himself launched on a profession he was to follow all his life.  He achieved greatness in most fields in which he earned his living – as a journalist, debater, broadcaster, and as the prolific author of both verse and prose.  He has been called ‘the prince of paradox’ because his moral dogma is often concealed beneath a light, energetic and whimsical style.

His fiction includes THE NAPOLEON OF NOTTING HILL, THE MAN WHO WAS THURSDAY – a surreal anarchic fantasy, MANALIVE and THE INNOCENCE OF FATHER BROWN. He also wrote biographies of Charles Dickens and St Thomas Aquinas. His incomparable essays are contained in THE DEFENDANT, LUNACY AND LETTERS and a dozen other collections. Of his writings about his mental pilgrimage, the most influential are ORTHODOXY and THE EVERLASTING MAN; and one of his articles in the Illustrated London News(1909) was responsible for Gandhi’s concept of the true future for India.  The best accounts of his life are to be found in his own AUTOBIOGRAPHY, published soon after his death in 1936.