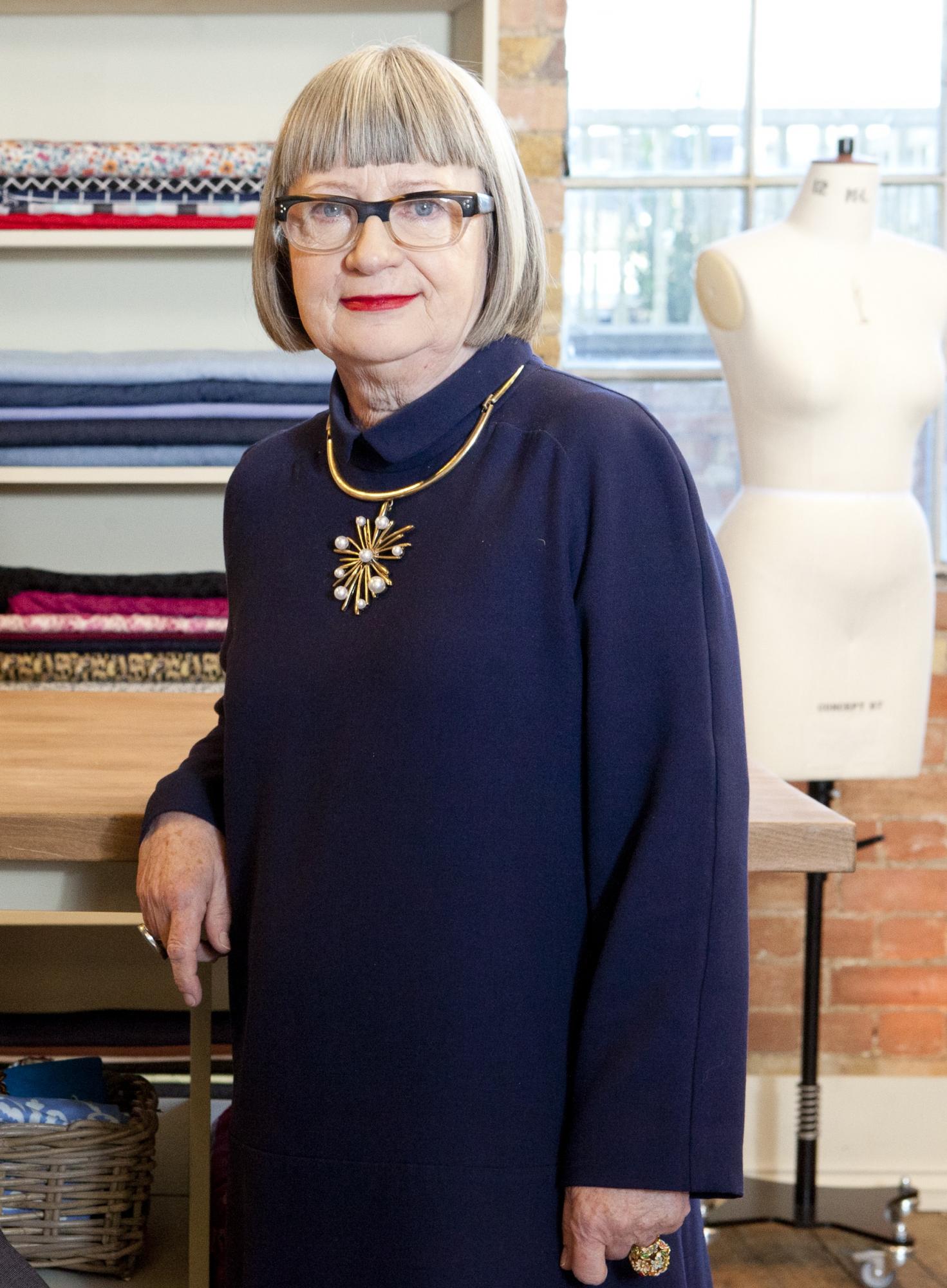 Esme Young is one part of BBC 2’s ‘Great British Sewing Bee’ judging duo, joining the show in 2016. The show follows a group of talented amateur sewers who, along with Patrick Grant, encounter different sewing challenges each week. The programme is hosted by Claudia Winkleman and is watched by 3.4 million viewers.

In the mid 80’s Esme started doing work with independent stylists and costume designers which led her to opening her own studio. She began working with various talent on films, adverts, pop videos and made bespoke clothes.

Esme typically makes costumes for a film’s leading actors. This meticulous process involves understanding the context, the cultural and the fashion references of the film’s time and setting. She utilizes her broad set of skills by providing advice, sourcing fabric, collaborating with the costume designer, fitting and producing the garments.

Some of the high profile campaigns Young has worked for include: Tia Maria (with Iman), Levi’s, Boots No 7, Marlborough, De Beers, Pretty Polly tights, Max Factor, Yardley and Rimmel. She has also been a part of an individual commission for Phil Collins, Dame Kiri Te Kanawa, Cher and Jane Asher.

Esme mentored and taught designer Ashish until he became a professional fashion designer. Following his success, she worked on his London Fashion Week collections, cutting patterns and creating the shape of the designs, making the toiles and doing the fittings.

Young developed sewing and pattern cutting techniques for underwear and swimwear which commenced her to work on special projects for ‘Triumph underwear’ and ‘L’Oreal’.

In her free time, Esme teaches Innovative Pattern Cutting for graduates and professionals students at Central Saint Martin’s College. Esme uses hands on experience of design, pattern cutting and clothes making to move students’s imagination and help them interpret their drawings so they can develop the designs into actual garments.

Films Esme has worked on: