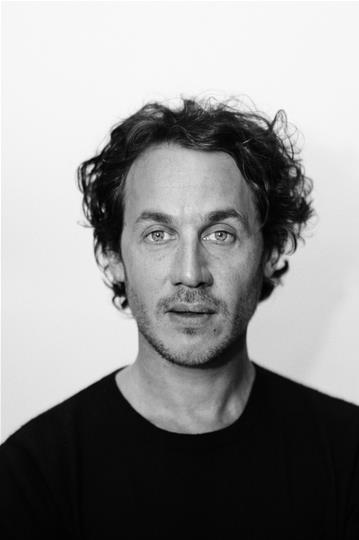 Known as one half of the BAFTA-nominated and British Comedy Award-winning act, Cardinal Burns, Dustin Demri-Burns is a writer-performer who has also established himself as a versatile and in demand actor. He has amassed an impressive list of credits over the past several years, from major studio comedy movies to critically lauded, internationally successful dramas.

“Dustin Demri-Burns as Min and Rosalind Eleazar as Louisa have continually delivered dynamic chemistry and a sense of dark humour to offset some of the more sombre moments, it will be a treat to continue to see this relationship develop across later series” – Flickering Myth

In early 2022, Dustin filmed AM I BEING UNREASONABLE for BBC One, in which he plays the male lead role of Dan. He is currently filming a regular role in FLATSHARE for Paramount+, alongside Anthony Walsh and Jessica Brown Findlay.

Dustin also recently reprised his role of Voltaire in the second season of Hulu’s hit Primetime Emmy nominated comedy THE GREAT, and completed filming the third series of Jez Butterworth’s historical fantasy series BRITANNIA for Sky, playing the role of lascivious villain Blain. Other recent credits include a guest role in Samson Kayo’s comedy BLOODS for Roughcut with Jane Horrocks, as Fred in Tom Davis’ KING GARY for BBC One and dual roles Miles/Dr Kettering in TRUTHSEEKERS, the latest comedy horror output from Nick Pegg and Simon Frost for Amazon Prime.

Other Television credits include; his regular, reprised role of Simon in Roisin Conaty’s seven part series, GAMEFACE, which aired on Channel 4 in the UK and Hulu in the US and received rave reviews and also a return to his regular role Julian in Jamie Demetriou's hit C4 show, STATH LETS FLATS (the second series won three BAFTAs, including Best Scripted Comedy) and the regular role of Danny Smith opposite Idris Elba in Netflix's TURN UP CHARLIE. He also appeared in David Heyman's acclaimed BBC thriller, THE CAPTURE, provided the voice to Daudran in Louis Leterrier's remake of the DARK CRYSTAL featuring an all-star international cast and the  regular role of Will in Series 1 and  2 of Sky One’s comedy SICK NOTE, opposite Nick Frost and Rupert Grint; Sky were so pleased with the series that they ordered a second before the first had aired. Further to this, Sky Arts’ HITLER THE ARTIST, with Iwan Rheon and Rupert Grint; ASYLUM, with Ben Miller; and PEAKY BLINDERS, with Cilian Murphy.

Dustin’s Film credits include, the prominent role of Viktor in Lionsgate’s feature THE SPY WHO DUMPED ME with Mila Kunis and Kate McKinnon, directed by Susanna Fogel and Crazy Cedric in HORRIBLE HISTORIES: THE MOVIE. He also featured in the lead role in the feature, TALES FROM THE LODGE, opposite Mackenzie Crook, Sophie Thompson & Johnny Vegas.

Dustin's comedy act's eponymous show, CARDINAL BURNS, aired for two seasons on E4 and Channel 4. The Huffington Post wrote the following about their E4 and Channel 4 Sketch show: “It’s a new classic...and may well be the best new comedy sketch show to come out of Britain since The Fast Show.”