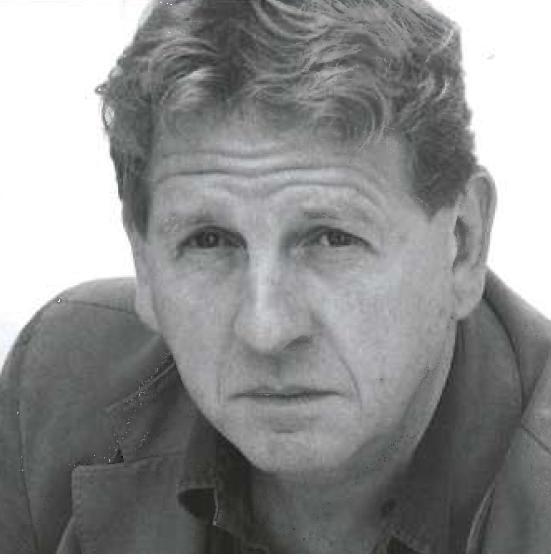 Dr Harry Sidebottom was brought up in racing stables in Newmarket, where his father was a trainer, and was in a basket saddle on a donkey before he could walk.

His main scholarly interests are Greek culture under the Roman Empire (looking at the compromises and contradictions involved when an old and sophisticated culture is conquered and ruled by what it considers to be a younger and less civilised power) and warfare in classical antiquity (thinking about how war was both waged and thought about by Greeks and Romans).  He has published numerous chapters in books, and articles and reviews in journals, becoming an internationally recognised scholar in these fields.

His first book, Ancient Warfare, was published by OUP in 2004, to critical acclaim.  The TLS described it as “jam-packed with ideas and insight ... a radical and fresh reading of Greek and Roman warfare that is both surprising and stimulating.” For the Guardian it was a “boot-camp for the brain – a short sharp shock to the presumptions”.  The Contemporary Review called it “a tour de force” and Robin Lane-Fox described it as “outstandingly good”.  It has been translated into Japanese, Chinese, German and Greek.  Harry is also the Editor of the forthcoming Blackwell Encyclopedia of Ancient Battles.

Since publication of Fire in the East in 2008, he has written and published a novel each year, all of which have been Sunday Times top-5 bestsellers.  His Warrior of Rome series has been published in 14 countries.

AD265 - In the shadow of Mount Etna, slaves are rising up. As the rebel leader declares Sicily the new land of the free, men and women are slaughtered, and cities across the island are sacked and burned.

When a ship is wrecked off the island's west coast, all but two survivors are cut down in the surf by the rebel slaves. Ballista, an experienced Roman soldier, has always found a way to survive against the odds - but his son Marcus is still just a boy.

With the burning road stretching out ahead of them, father and son must cross the war-ravaged island in a race against time to save the rest of his family, and somehow find a way to extinguish the brutal rebellion, before it all goes up in flames.

He came home a hero.
But death isn't finished with him yet . . .

145BC - CALABRIA, ANCIENT ROME. After years of spilling blood for Rome, Gaius Furius Paullus has returned home to spend his remaining days working quietly on the family farm.

But it seems death has stalked Paullus from the battlefield. Just days after his arrival, bodies start appearing - murdered and mutilated. And as the deaths stack up, and panic spreads, the war hero becomes the prime suspect. After all, Paullus has killed countless enemies on the battlefield - could he have brought his habit home with him?

With the psychological effects of combat clouding every thought, Paullus must use all his soldier's instincts to hunt the real killer. Because if they are not brought to justice soon, he may become the next victim.

“Sidebottom conjures up the landscape and its people brilliantly … I could have journeyed with Valens and his crew for another 1,000 pages.” The Times

“Grabbed me from the start.  I loved it.” Donna Leon

“Sidebottom has a profound knowledge of the topography and people of ancient Rome. In Ballista’s race through its murky streets, he meets prostitutes and watermen, messianic Christians and priapic beggars. It is this rich detail which makes The Last Hour such an engaging read.” The Times

“The scholarship is evident but lightly worn.  A ripping story…this transplanting of 24 to ancient Rome is a great success.” Daily Telegraph

“A cracking tale, with more twists and turns than the Tiber.” Rory Clements

“Sidebottom knows how to keep the readers hooked from first to last.” Daily Express

“The lionisation of war makes my blood run cold, but Dr Harry Sidebottom’s prose blazes with such searing scholarship that there is enormous enjoyment in this rumbustuous tale of the late Roman Empire ... Sidebottom treads in the footsteps of the greatest mimetic historian-storytellers of the 18th and 19th centuries.  He makes you feel as though you are there.” Bettany Hughes,The Times

“The point of the novel, however, is action, heroic deeds, and gore. The qualities a writer of such stories needs – imagination stimulated through the soles of his feet as he walks the scenes of his tale, and a sound knowledge of the period – are abundantly possessed by Sidebottom ... Carefully described duels and engagements between whole army units compel the reader's attention ... He knows, too, how to keep the reader in suspense ... Authenticity is the key – an "Historical Afterword" gives some idea of the research Sidebottom has done for his gripping book.” Barbara Levick,Times Literary Supplement

“The later Roman Empire of the third century is a wonderful period for historical fiction; it’s less well trodden than the late Republic, but there’s still a recognisable world. The latest in this series of novels on Rome’s Persian wars is, like the first two, a book to keep you up past bedtime. I loved it. There’s an unmissable authenticity to its attitudes ... It is the aspiration of every academic I know to turn his subject into blockbuster fiction and Harry Sidebottom, who lectures in Ancient History at Oxford, must be the envy of his peers. But he has achieved something real. The hero and his companions are individuals and the quality of their friendship should make this a series of cult novels.” Melanie McDonagh, Evening Standard

“In the third century AD the Roman Empire was beginning its meltdown.  It was horrible and violent.  Harry Sidebottom’s epic tale starts with a chilling assassination and goes on, and up, from there.” Mary Beard, Chair of Classics, University of Cambridge

“Sidebottom is the best in the business – an Oxford Classicist whose series of novels are crashing into the best-seller lists. In this, his third in the Warrior of Rome series, his hero Ballista is wielding his sword against Persian barbarians who have captured the Emperor Valerian.  It is a long hard road for the Iron General, a great creation by Sidebottom in this festival of blood and thunder.”Oxford Times

“At last, a piece of historical fiction for grown-ups” Robert Low, author of the Oathsworn novels

“Harry Sidebottom works on Rome’s 3rd-century army the magic that Patrick O’Brian applied to Nelson’s navy.  He has the touch of an exceptionally gifted story-teller drawing on prodigious learning.” Tim Severin, author of the Viking Trilogy

“A gripping yarn interwoven with superb knowledge of the ancient world” Professor Bryan Ward-Perkins, Fellow in History, University of Oxford

“Harry Sidebottom brilliantly reconstructs the life of the ancient world, and in particular its military technology, and wraps it in a powerful narrative whose themes are classic in more ways than one.  It’s the best sort of red-blooded historical fiction – solidly based on a profound understanding of what it meant to be alive in a particular time and place.” Andrew Taylor, bestselling author of The American Boy

“In modern fiction, from Valerio Massimo Manfredi to Conn Iggulden, there is often an awkward tendency for instruction to triumph over excitement ... Dr Sidebottom successfully avoids this pitfall.  Instead he concentrates on providing a complex and human account of urban people under siege.  The strength of Warrior of Rome lies in the portrayal of its central character and his evolving relationships with a cast of minor characters, some of whom – his household slaves and lover – seem destined to survive, and others whose lives are, usually gruesomely, cut short by battle ... Sidebottom provides a well constructed, well paced, and gripping account of life in ancient war-torn Asia Minor which, as a good series ought, leaves the reader eagerly anticipating the next instalment” Justin Warshaw, Times Literary Supplement

“Once again, Harry Sidebottom demonstrates that the greatest asset for any historical novelist is scholarship ... There is no substitute for detailed knowledge of the era about which you are writing. And that is something that Sidebottom, an Oxford University lecturer specialising in ancient warfare and classic art, has in abundance ... Ballista’s subsequent adventures and many battles make for gripping reading, and unfold with page-turning panache ... Sidebottom’s prose crackles with life and fizzes with imagination, underpinned by the factual details woven seamlessly into the narrative.” Yorkshire Evening Post

“A vivid, racy, and gripping novel from a major scholar who also happens to be a brilliant master of fiction.” Dr Jas Elsner, University of Oxford

“Sidebottom captures perfectly the corruption, betrayals, and enmities of the Roman Empire ... I don't think I've ever experienced antiquity so directly: the brutality, the directness of expression and feeling, the deep bonds formed amid unmitigated violence.” Professor David Konstan, Chair of Classics, Brown University

“With the eye of a poet and the sure hand of a scholar, Harry Sidebottom takes us back to the clash of empires that had Rome and Persia wrestling over the fate of the Near East. This dramatic but often forgotten struggle of the third century AD deserves our fullest attention today. I was riveted.” Professor Barry Strauss, Cornell University, author of The Spartacus War.

“This action-filled adventure story focusing on the siege of Arete, an apocryphal town on the Euphrates River at the eastern edge of the Roman Empire, is a great read ... the reader needs no knowledge of the period to enjoy the fast moving, extremely dramatic plot. Sidebottom manages to apply his considerable knowledge of 3rd-century warfare and Roman military terminology in a way that never intrudes.” Bryn Mawr Classical Review

“The fourth in this amazing Warrior of Rome series continues with unbridled spectacular violence as Ballista, the warrior in question, prepares to defend the earthquake-shattered city of Ephesus from the barbarians. Unfortunately for him, some of them want to eat his heart raw.  Harry Sidebottom’s books are freighted with detail, but the wonderful fight scenes, deft literary touches and the salty dialogue amply outweigh the many words in italics.  This is a storming triumph.” Daily Telegraph

“Noted Oxford classicist Sidebottom offers maps, glossary, biography, and bibliography, but his fiction rises above the research, bringing history alive in gory detail. He envisions military life down to the bad jokes that define male camaraderie. Set in the third century C.E., with the Roman empire unaware of its ascension, this novel places one man between civilized and uncivilized societies both east and west to negotiate the differences. Sidebottom remains consistently meticulous about detail, old-fashioned about storytelling, and astute in portraying political backstabbing worthy of the modern arena.”Publishers Weekly