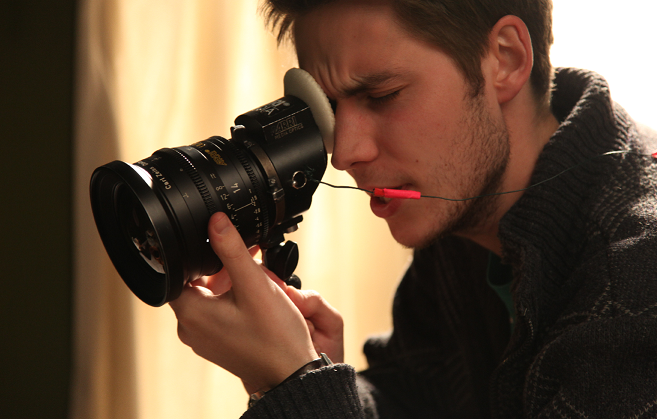 David Winstone won a Student Oscar for his short film FOR ELSIE, which was his graduation film from the University of Westminster. After the success of FOR ELSIE, David was awarded the David Lean scholarship to attend the National Film and Television School,where he completed a two year MA in Directing.

Having made several successful short films, David’s credits also include TV Drama, working on RIVER CITY for the BBC and directing second unit on GANGS OF LONDON for Sky and Neil Cross’ drama HARD SUN for Euston Films / BBC One.

“FOR ELSIE' demonstrates the wealth of talent which is being harboured and nurtured at the University of Westminster Film School.” Paul Trijbits, Executive Producer at Ruby Films

“I saw FOR ELSIE at the BAFTA showcase late last year and think it is one of the most brilliant and talented British Short films of the last decade.” Nicolas Kent, Director of the Tricycle Theatre and Cinema