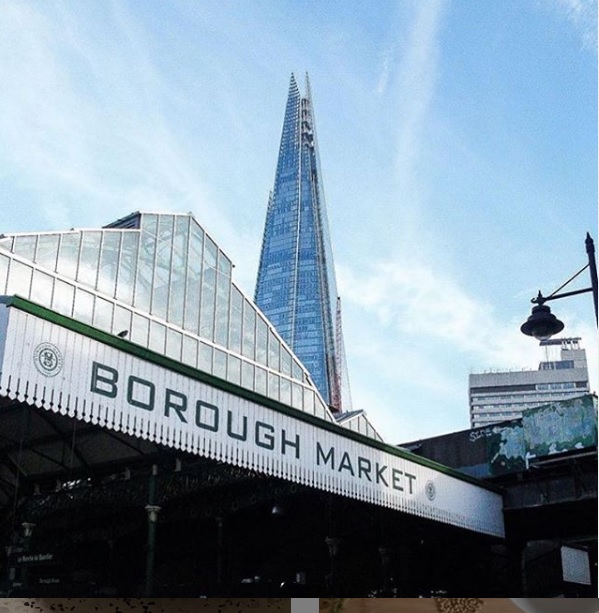 Borough Market is rich with history, but it remains as relevant now as it has ever been. As London’s oldest food market, it has been serving the people of Southwark for 1,000 years, and that extraordinary heritage is an important part of its appeal.

But this is not a museum piece—it is a dynamic, ever-changing institution; a participant in the wider debates around what we eat and where it comes from; a place where food is talked about almost as enthusiastically as it is consumed.

First and foremost, though, it is a source of genuinely exceptional produce. Many of the Market’s stallholders are themselves producers: the farmer who reared the animal, the fisherman who caught the fish, the baker who baked the bread. Other traders have built their reputations on seeking out small-scale artisan producers and bringing their wares to Borough. Together, the Market’s stalls, shops and restaurants reflect London’s status as a truly global city, with traditional British produce sitting alongside regional specialities from around the world.

Borough Market is a riot of colours, smells and human engagement. The traders—a vast repository of culinary knowledge—are only too happy to share their expertise with shoppers, or else just pass the time of day. Their voices are added to by the chefs, food writers, campaigners and teachers who help make the Market’s cookery demonstrations, publications, public debates and educational programmes so highly regarded.

'Fascinating and entertaining - a pleasure to read.' Claudia Roden

As a nation of food-lovers we have been munching on fruit and veg, drinking tea and coffee and adorning our dishes with oils and spices for generations, but have you ever stopped to wonder how our most beloved foods came to be the way they are now?

In this series of enlightening and highly entertaining essays, award-winning food writer Mark Riddaway travels back through the centuries to tell the fascinating, surprising and often downright bizarre stories of some of the everyday ingredients found at London's Borough Market.

Discover how the strawberries we eat today had their roots in a clandestine trip to South America by a French spy whose surname happened to be Strawberry, why three-quarters of Britain's late-18th-century intake of tea was sold on the black market, and what Sigmund Freud found so fascinating about eel genitalia.

From the humble apples and onions that we've grown on these shores for centuries, to more exotic ingredients like cinnamon and bananas that travel from across the world to finesse our food, Borough Market: Edible Histories offers a chance to digest the charming stories behind every last morsel.

Praise for The Borough Market Cookbook;

'Like the market, the book is exciting, instructive, seductive and inspirational.' -Claudia Roden