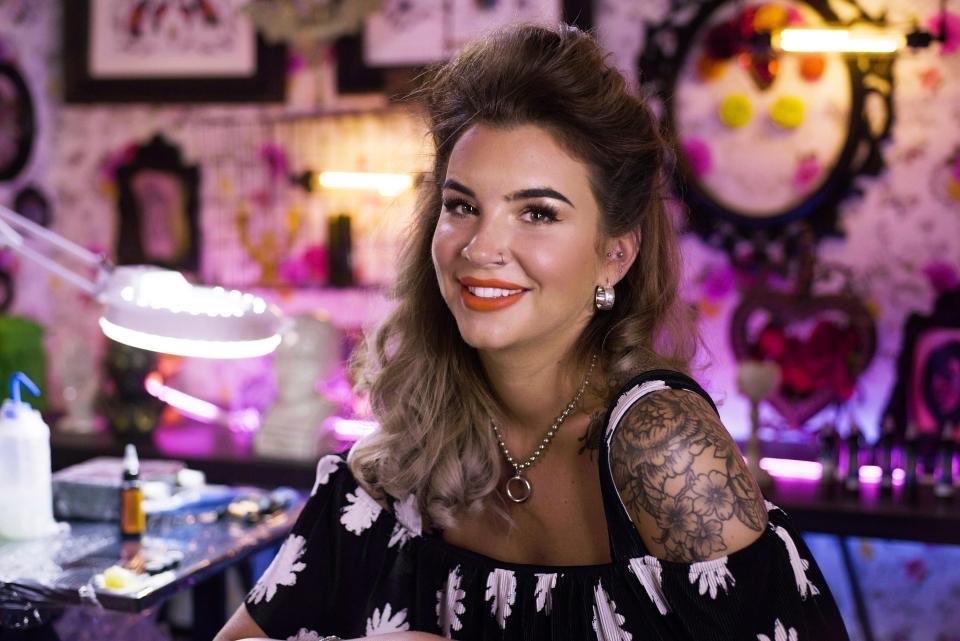 Alice is best known for her role on E4's popular series Tattoo Fixers where she covers up regretful tattoos for the general public. Originally from Hereford, Alice began her tattooing apprenticeship whilst studying a BA in Fine Art at Hereford College of Art. Alice has wanted to be a tattoo artist from a young age.

Whilst at college and doing her apprenticeship, Alice also worked as a carer for the elderly to earn more money to pursue her learning. Alice was so dedicated to becoming a tattoo artist that she was juggling her art degree, carer job and apprenticeship and says that she 'was averaging 3 hours sleep for months. So much so that my eyelashes fell out.'

Alice especially loves the challenge of cover ups. Having had three cover ups herself, she says she knows how much it means to someone to have their body changed for the better.

Alice specialises in Neo Traditional designs that involve big, bright colours. Alice says that she 'likes to do tattoos that people’s Mums would like.' She also tattoos a lot of mandalas, pattern work and mehndi which she says are hugely popular in the tattoo industry at the moment.

When not tattooing, Alice lives at home with her Mum, Dad and younger brother and enjoys looking after her two bunnies, Ethel and Martha.