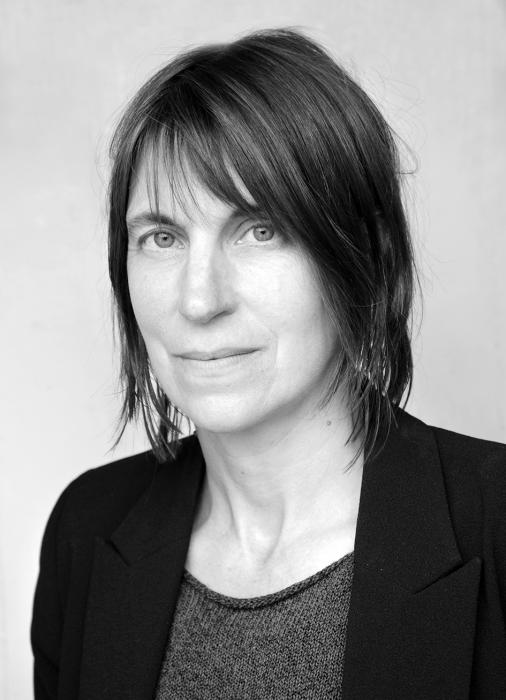 Alice Oswald studied Classics at Oxford and then trained as a gardener. She worked in gardens for seven years before publishing her first book of poems, THE THING IN THE GAP-STONE STILE, which won the Forward Prize in 1996. She was writer-in-residence at Dartington Hall from 1996-8 and there wrote her long poem DART, which won the T.S. Eliot prize in 2002. Other collections have won the inaugural Ted Hughes award (WEEDS AND WILDFLOWERS), the Hawthornden prize (A SLEEPWALK ON THE SEVERN) and the Warwick prize (MEMORIAL). In 2009 she won a Cholmondeley award for her contribution to poetry. She is married with three children and lives in Devon.

In 2016 her collection FALLING AWAKE (Cape Poetry) was shortlisted for the Forward Prize for Best Collection 2016 and the T.S. Eliot Prize 2016, and was the winner of the Costa Poetry Award 2016. In June 2017 she was awarded the International Griffin Poetry Prize 2017.

Her latest collection, NOBODY, was published by Cape Poetry in September 2019.

GIGANTIC CINEMA, an anthology of writing about the weather, co-edited with Paul Farley, will be published in late 2020 by Jonathan Cape and W.W. Norton.

'Oswald is at the height of her powers... this electrifying new work - a single poem with a frightening undertow that reminds one a little of the mood of Coleridge's Ancient Mariner - is an encounter with the sea. It is out of this world - and in it. It is mythical and realistic, ancient and modern... Oswald is at the top of her form here  note the apparent effortlessness of the writing, the casual economy of a phrase like "breakneck cliffs". There's a marvellously comic exactitude at times but it isn't allowed to undermind the prevailing sobriety. I loved the fond, accurate glimpse of "seals breathing out the sea's bad breath/snuffle about all afternoon in sleeping bags." And she writes beautifully about a distrait dawn...' Kate Kellaway, Observer

“Alice Oswald’s Falling Awake presents as a dark text to (re)turn (in)to, its language of ‘… maybe the last green places[...]’ striking bright inscriptions that may have been ‘falling for a long time.’ How fortunate we are to tread the paths of myth and that which presupposes it, and us: line, image, lilt. Quite within other declarations, Oswald exalts with great nimbleness: ‘I notice the lark has a needle / pulled through its throat.’ In these poems, enclosed at times within the old enchantments of Eurydice, Orpheus and Tithonus, one wonders about the problem of being bound to place, to anything at all. And then, the problem, too, becomes a source of wonder— albeit tempered by the concise splendour of a mind that moves quickly within the confines of night and day. Falling Awake permits the reader to breach lyric time as the poet explicates the fixed architecture as it flickers by, ‘trying over and over its broken line / trying over and over its broken line.’” Griffin Poetry Prize 2017 judges

'Oswald pulls off a feat in her seventh collection: she finds words for encounters with nature that ordinarily defy language... she articulates what you might occasionally recognise but have never before seen described. It is an astonishing book of beauty, intensity and poise – a revelation... There are moments when her writing suggests a less fey Emily Dickinson (see Sunday Ballad) and there are echoes of TS Eliot too. But the style is her own: she travels light and searchingly... And I love the way she includes aspects of nature that are not soliciting, that are almost asking not to be described. Everything is on her radar, so in her poem about weeding beans, a hoverfly unwittingly gets the lead role, an unexceptional yet individual insect in the light of her attention... her sympathetic intelligence never falters. The collection’s title is spot on. I cannot think of any poet who is more watchful or with a greater sense of gravity' Kate Kellaway, Guardian

'Stunning... Magic, the music of nature, the resurrection of the dead: all these things feel real when you read Alice Oswald. There’s a case to be made that she is our greatest living poet. On paper, at least, she fulfils the requirements, having won all the prizes you might reasonably expect a British poet at the height of her powers to win... Her intimacy with the land is one that resists romanticisation and gives her verse an idiosyncratic, getting-your-hands-dirty feel... Many of the poems in Falling Awake contain glimmers that feel snatched by the poet from life, from the British countryside at dawn... Duffy’s tenure as Poet Laureate ends in 2019. If there’s any justice in the poetry world, the title should be offered to this gardener-classicist who is bringing the British landscape to life in poetry again, making music out of death, invoking Greco-Roman ghosts and summoning rivers out of limestone' Telegraph

'Falling Awake provides the notation for an immersive aural experience... it is certainly a strong contender in this year's Forward Prizes, and a highly compelling meditation upon transience' Huffington Post

‘All poetry has a memorial aspect – the fixing of a moment, a place, the passing of a life. But this is remembering on a grand scale. This is a concentrated, intense, multi-tasking elegy. And it is written with a freshness to match Homer's own – as if each soldier had died on the day of writing' Observer

'Oswald has audaciously set out to translate the book’s atmosphere, rather than its story. A poet known for her landscape verse, Ms Oswald read classics at Oxford. The result is a work by someone who not only understands Homer’s Greek, but who also has an ear for modern verse. It is a delight to read... [It reminds us] how such an everlasting work can still shock, even in the 21st century' Economist

'Oswald has achieved a miraculous feat. She’s exposed a skeleton, but found something magnificently eerie and rich. She has truly made, to borrow a phrase from Stephen Spender, a “miniature Iliad ”, taut, fluid and graceful, its tones knelling like bells into the clear air, ringing out in remembrance of all the untimely dead: “All vigorous men / All vanished”' Telegraph

'Oswald joins Ciaran Carson, Iain Sinclair, Hughes and ultimately Joyce himself as one of the great celebrants of the genius loci, the spirit of place, or what the Irish call dinnseanchas, lovingly elaborated topographical lore. According to Stephen Dedalus, Epictetus was "an old gentleman who said that the soul is very like a bucketful of water". Oswald has soul in riverfuls' Guardian

Alice Oswald has written six collections of poetry. In 2019, she took up the post of Oxford Professor of Poetry. Her most recent collection, Nobody, reworks Homer's The Odyssey. Her first collection, The Thing in the Gap-Stone Stile (1996), won the Forward poetry prize for best first collection. In 2002, she won the TS Eliot for Dart, about the river in Devon.