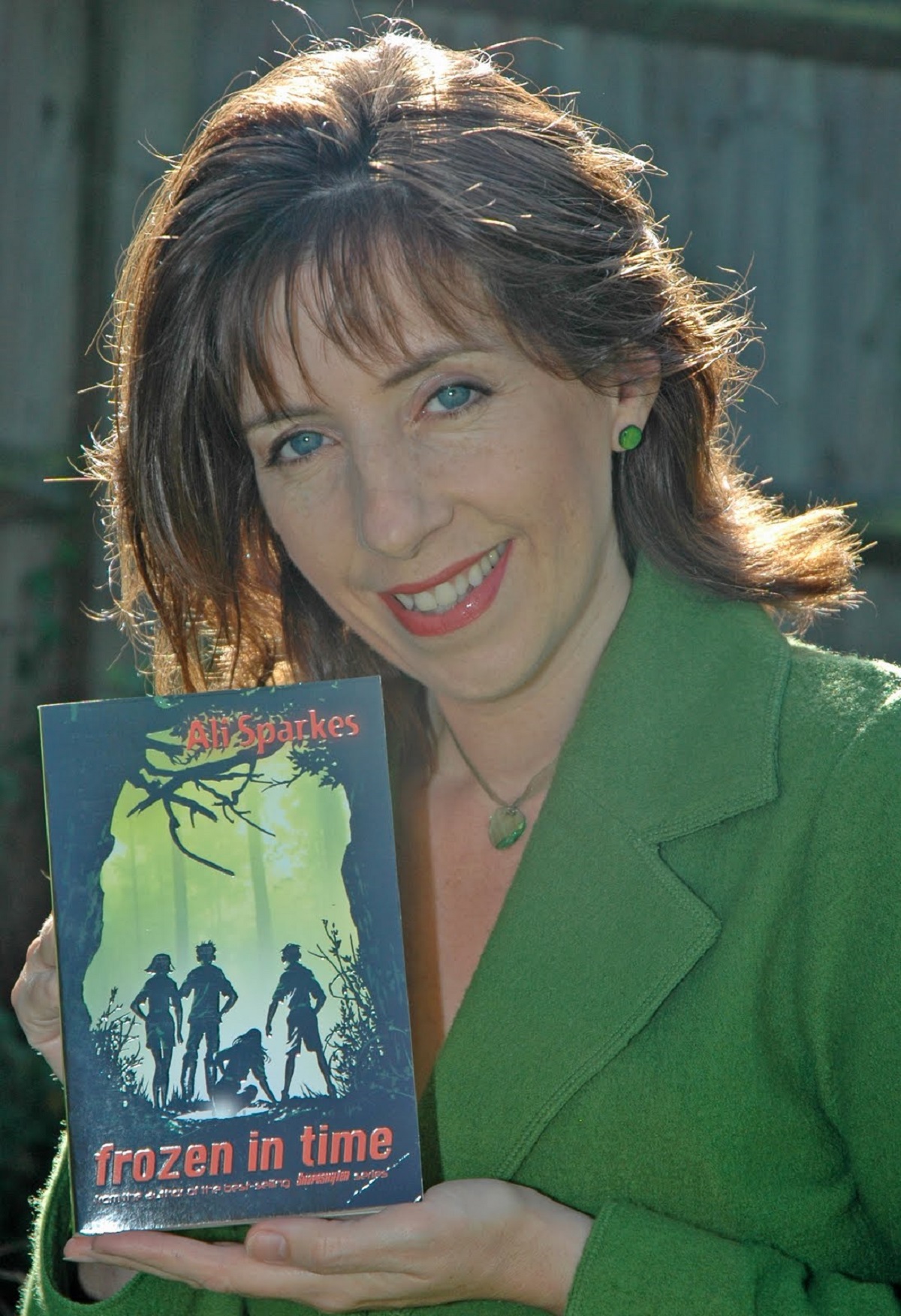 Ali Sparkes meant to be a superstar singer and actress by now, but that never quite happened, and, since THE SHAPESHIFTER: FINDING THE FOX came out in 2006, she’s found her groove as a children's author instead. Her first stand alone novel, FROZEN IN TIME, won the Blue Peter Book of the Year Award in 2010 and her subsequent children's adventure, WISHFUL THINKING, was longlisted for the Carnegie Prize as well as shortlisted for the Portsmouth Children's Book Award and several others. UNLEASHED: A LIFE & DEATH JOB was shortlisted for the Northern Ireland Children’s Book Award and the West Virginia Children’s Book Award. She won the East Lothian Author Award in 2012. Hampshire-born and bred, Ali has one husband, two teenage sons and an imaginary dog – Pilot ­­– who goes out running with her. She also visits schools and festivals all over the UK, Ireland and France.

Since the 1.34 a.m. wake up calls began, Elena, Matt, and Tima had all had the power to talk to animals, birds and insects like no other human could. None of them would ever trade that for a full eight hours sleep. It was too amazing.
But an amazing life has its complications. Like finding a body in the dark. Like having to stop the world from ending. You can fit a lot in your day when you don't sleep.
New from award-winning author, Ali Sparkes, with huge appeal for both boys and girls. Fast-paced action adventure about contemporary children with mysterious powers, told with Ali's classic humour and lightness of touch.

What if your new best friend was a ghost?
Getting struck by lightning whilst huddling under a tree isn't exactly the way Alisha and Theo would have chosen to get out of sports day . . .
Surviving the strike makes them see life differently. It also makes them notice Doug and Lizzie. Struck by lightning under that same tree on the common in 1975, the two teenagers have been hanging out there ever since.
Doug and Lizzie are funny, clever, brave - and quite happy about making friends with a pair of ten-year-olds. OK, fair point, they are dead, and Doug's trousers are worryingly flared. But you can't have everything.
But something sinister is going on at school - although only Theo and Alisha seem to be able to see it. What can it mean when ragged faceless entities keep staring in through the windows? Not all ghosts are friendly like Doug and Lizzie . . . but are these phantoms really the harbingers of doom for all the kids at Beechwood Junior?
A fun and fast-paced ghostly mystery with lightning strikes, floating phantoms, and four fantastic friends just trying to get on with their everyday lives . . . or deaths . . .

Praise for Ali Sparkes's FROZEN IN TIME, winner of the Blue Peter Book of the Year Award:

"I know now what they mean by a plot that is toe-curlingly good . . . brilliantly inventive and rollicking fantastical adventure" - Bookbag

"It was outstanding. It blew me away" - Jamie Fenlon, judge on the Blue Peter Book Award panel