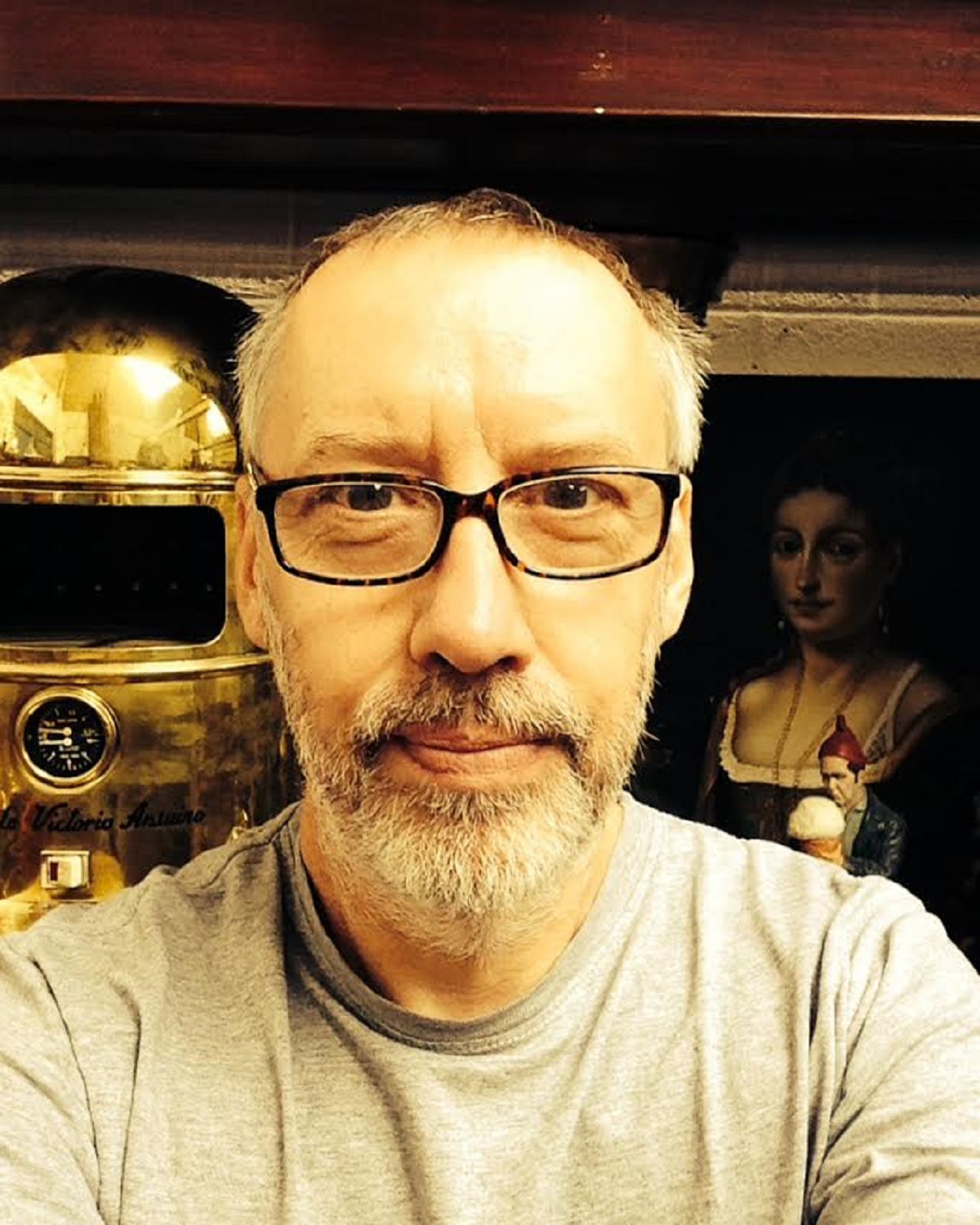 Alan has won numerous awards for his work as a children’s book illustrator as well as for design and computer animation. One of his best known picture books, HOW SANTA REALLY WORKS (S&S, 2004), was given away to students at Harvard Business School as an example of one of the best guides to the manufacturing process.  More recently his children’s novel, HERE BE MONSTERS (OUP, 2005), was made into an animated film, The Boxtrolls, by Laika and spent several weeks at top of the UK box office last Autumn.

In the last 18 months Alan has turned his many talents towards setting up an ice cream parlour, with a nod in terms of décor towards Willy Wonka’s Chocolate Factory.  Along the way it seems to be gathering interest -  he has a film company wanting to do a documentary, chefs & cooks wanting to do courses, and the locals wanting ice cream.  Alongside these projects Alan is working on THE ILLUSTRATED KITCHEN HANDBOOK - an illustrated guide to how to use – and get the most out of – appliances and tools in the kitchen.  It goes far beyond a simple guide – calling on a huge amount of academic research and practical experience it really addresses how to get the very best out of your kitchen tools and appliances, all beautifully illustrated with step by step instructions and detailed line drawings.  And not to forget children’s picture books - he is also working on a new picture book, provisionally entitled 243 BIRDS, based on a group of young birds who find a set of plans for a classic post war speed attempt car.  The birds are going for 243 because it’s a mile over the top speed of any bird in nature and also about what these cars were reaching in the 50s/60s.  The detail will be correct in terms of the technical side, particularly about how an engine really works, and how to make adjustments to increase speed, and will appeal to boys of all ages.

When a young crow witnesses the breath-taking speed of the world's fastest bird, the peregrine falcon, he is entranced and dreams travelling just as fast. Fuelled by his imagination and self belief, he works with his fellow crows to build an incredible car, the Speed Bird, and attempts to go faster than any bird has gone before.
An inspirational story about working as a team and pursuing your dreams - which also contains easily accessible information about how cars work. Perfect for young readers and can be enjoyed by car enthusiasts of all ages.