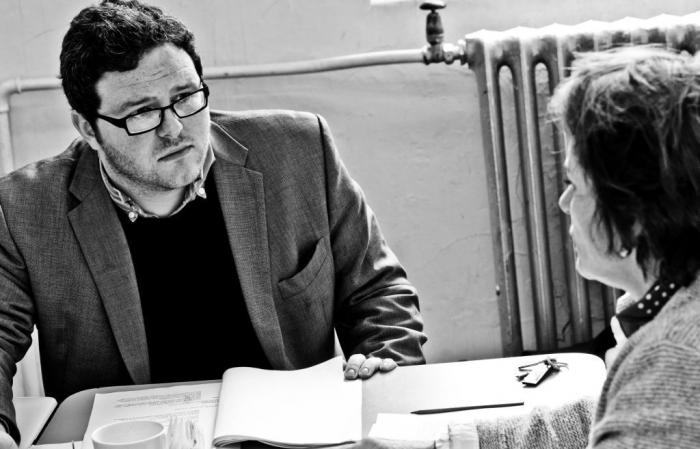 Adam is Associate Director at Soho Theatre where he works across Comedy, Theatre and Performance Art. His directing work includes all of Sh!t Theatre’s work, recently the multi-award winning DRINK RUM WITH EXPATS. In comedy he has developed a varied range of work which has included six Edinburgh Comedy Award nominated shows, 2 Herald Angel Award winners, 2 Barry Award Nominees and a Southbank Award. As a dramaturg he has worked with writers including Lucy Prebble, Nick Payne and Vicky Jones. As a writer, his first full length play, STOVEPIPE, transferred to London in collaboration with the National Theatre. His second full length play, THEY DRINK IT IN THE CONGO, was produced and premiered at the Almeida Theatre. Shorter plays include MIDNIGHT YOUR TIME, a monologue for Diana Quick which has been revived online by the Donmar Warehouse.

His first screenplay BEST, directed by William Oldroyd, won Best Short Film at Sundance London, was nominated for the Short Film Grand Jury Prize at Sundance USA and has screened at over 20 International Festivals. He has a sitcom in development with Big Talk and also writes for The Mash Report (BBC).