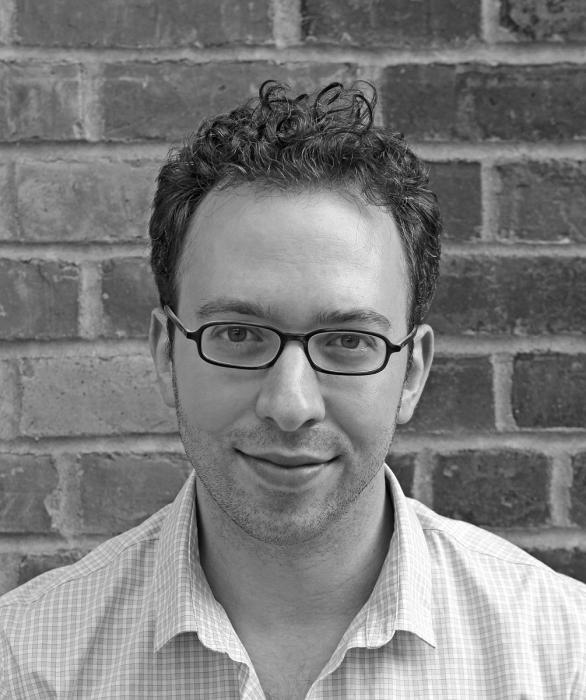 Teddy Wayne is the author of the novels The Love Song of Jonny Valentine and Kapitoil, for which he was the winner of a 2011 Whiting Writers' Award and a PEN/Robert W. Bingham Prize, New York Public Library Young Lions Fiction Award, and Dayton Literary Peace Prize finalist. The recipient of a National Endowment for the Arts Creative Writing Fellowship, his work regularly appears in The New Yorker, the New York Times, Vanity Fair, McSweeney's, and elsewhere. He is a graduate of Harvard and Washington University in St. Louis, where he taught fiction and creative nonfiction writing.

Set inside the arenas, exec-suite hotels, and tour buses of Jonny Valentine’s “Valentine Days Tour,” and told from the vacuum-sealed perspective of the eponymous 11-year-old pop star, the novel follows his not-always-sold-out odyssey across America.  Trapped inside his own marketing machine, and the bubble of pop-celebrity culture, Jonny confronts the gilded tribulations of teenie-bopper stardom while chasing the spectre of his absent father among his countless, faceless fans.

It’s a story that’s as unsettling as it is captivating: Jonny speaks, and thinks, with a perverse hybrid of tweenaged naïveté and the marketing-speak that he’s picked up – by osmosis – from his hard-partying manager-mother and an entourage of proxy friends; a distracted bodyguard, an aging choreographer, an overeducated private tutor.  Teddy Wayne expertly, chillingly, chronicles a child-star’s narcissism writ-large, and the result is a darkly humorous, and thoroughly gripping, portrait of the artiste as an all-too-young man.

As the story gathers force, Teddy never falls back on easy sentiment or a hyper-adorable precociousness or any of the other excesses that can tempt all the authors of a child-narrated story.  What you have here is a thoroughly realized depiction of the luxurious, sickly straits peculiar to a very modern kind of star.  It’s a subtly ruthless depiction of a helpless, accidentally significant kid and the apparatus that made him so. Knowing without being cruel, and angularly sympathetic, it’s also almost unfairly funny.

Praise for THE LOVE SONG OF JONNY VALENTINE:

“A coming-of-age tale with a modern context, this sharply written novel from the Whiting Writers’ Award-winning author of Kapitoil pulls back the curtain on the 21st-century fame machine...The smart skewering of the media, both highbrow and low, is wickedly on target. And a mock New Yorker article is a memorable literary lampoon. But the real accomplishment is the unforgettable voice of Jonny. If this impressive novel, both entertaining and tragically insightful, were a song, it would have a Michael Jackson beat with Morrissey lyrics.” Publishers Weekly starred review

“A provocative and bittersweet illumination of celebrity” Kirkus starred review

“Kapitoil is one of those uncommon novels that really is novel. Though the storytelling is conventional, it is satisfyingly so, and the book's estimable young narrator is a human type whom nobody until Wayne was ever inspired to write about.” Jonathan Franzen

“Teddy Wayne has written one of the best novels of my generation...Why did 9/11 happen, and why do we continue to respond so blindly? Wayne answers these questions better than Mohsin Hamid or Joseph O’Neill, the best authors of this genre until now...Wayne has completely foreseen and transcended the exhaustion of the 9/11 genre.” Boston Globe

“The Whiting judges took delight in Mr Wayne’s sleight of hand, the intelligence behind the voice, its perfect pitch.” The Mrs Giles Whiting Foundation

“[Karim]'s a type—the nerdy and needy young immigrant—that we’re all familiar with but that no other writer, as far as I know, has invented such a funny and compelling voice and story for ... it does what novels can do better than any other art form: show us a familiar world through unfamiliar eyes.” Jonathan Franzen, Daily Beast

“Every once in a while, you encounter a character in a work of fiction who feels like such a real person, such a friend, that once you finish the book, you miss having him around. Karim Issar, the protagonist of Teddy Wayne's captivating debut novel Kapitoil, is such a character...his voice makes the book a standout ... Wayne has given us a character to adore and a book that leaves us feeling, as Karim might say, greatly enhanced.” Salon.com

“Flat out top-notch. Kapitoil makes you see America and the English language more clearly than ever before, and Karim Issar, the book's protagonist, is one of the most interesting characters we've had a chance to spend time with.” McSweeney's

“This wonderfully assured debut novel, at once poignant, insightful, and funny, details Karim's passage through a new world of corporate sharks, Manhattan clubs, museums, Bob Dylan lyrics, and personal growth. Karim's English, always grammatically correct but stilted with terms from science, mathematics, computing, and business, is a delight. Best of all, however, is simply being inside Karim's head as he ponders Jackson Pollock's paintings, baseball, programming, and the mysteries of love and life in the US.” Booklist *Best Book of the Year*

“Wayne's strong and heartfelt debut novel ... zips through a minefield of potential clichés and comes out unscathed, striking a balance of humor and keen insight that propels the story through Karim's education about the West's ethics and its capitalism, while in the background the World Trade Center looms. It's a slick first novel that beautifully captures a time that, in retrospect, seems tragically naïve.” Publishers Weekly (starred review)

“I speak in awe of Krol and Wayne, two of the greatest writers of our time, whose books will far outlast the moment. As a fiction writer I am flabbergasted by what they've both accomplished. Callisto and Kapitoil are immense and unrepeatable...these two books—especially Kapitoil—are so good, so unimaginably good, that one fails to see what more can be done with the genre.” Huffington Post *Best Book of the Year*

“With the possible exception of Kurt Vonnegut's dystopian Player Piano, I can think of no debut novel that has more engaged and enthralled me than Teddy Wayne's offering.” Jewish Chronicle (UK)

“Because Wayne regularly contributes humor and journalism to magazines such as the New Yorker, it makes sense that he captures the city with compelling and sometimes humorous detail. What’s surprising is how well he integrates those details into a broader fictional narrative—one with significant emotional heft.” Time Out New York

“Kapitoil is set before 9/11, but its depiction of the reckless excess that lies behind our current debacle groups it with Adam Haslett's Union Atlantic and Jonathan Dee's The Privileges ... an unusually enjoyable experience.” Independent

“A hilarious, touching delight ... This is a uniquely amusing novel about oil (novels about oil don’t grow on trees), and presents an endearing and comedic hero. Any City reader worth their salt should enjoy it hugely.” City A.M.

“Teddy Wayne like James Joyce plays with the grammatical infelicities of the English language in his engaging first novel, Kapitoil ... this novel—set before 2001—is about a more innocent time ... A time when a brilliant and rather funny and lovable character like Karim could be more fully appreciated in both life and literature.” Review of Contemporary Fiction