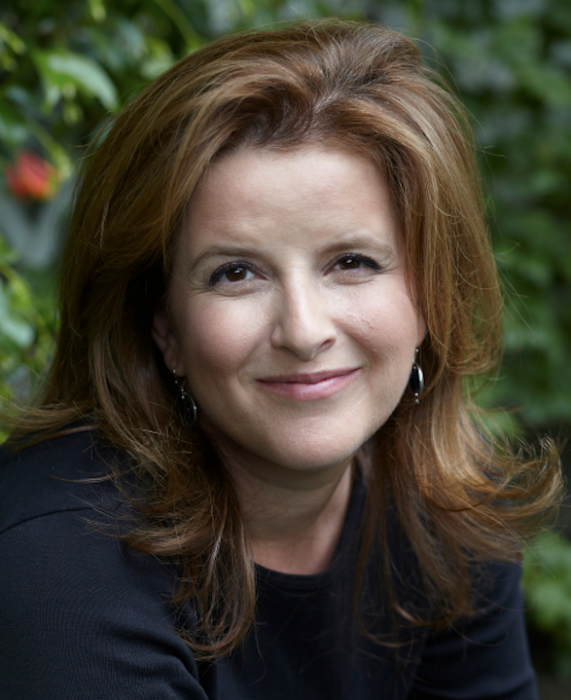 Susie grew up in north London, studied English at university and trained as a journalist. She worked in newspapers for 20 years, 11 of them on staff at The Guardian. Her first novel, Homecoming, was published by Faber & Faber to critical acclaim in 2013. Her second, Missing, Presumed was a Sunday Times bestseller which introduced detective Manon Bradshaw. It was a Richard & Judy book club pick and has sold 200,000 copies to date in the UK. Missing, Presumed was selected as one of the Guardian’s, Wall Street Journal’s and NPR's standout books of 2016. It was shortlisted for the Theakston's Crime Novel of the Year 2017. Persons Unknown, the sequel to Missing, Presumed, is her third novel – also a Richard & Judy bookclub pick and also longlisted for the Theakstons. Susie has written extensively about losing her eyesight to Retinitis Pigmentosa. She lives in London with her husband and two children and is currently working on a third Manon Bradshaw mystery.

The body of a young migrant is found hanging from a tree.

No signs of struggle. No indication that it is anything other than a tragic suicide.

Except for a note, pinned to his trousers, that reads ‘The dead cannot speak’.

A murder investigation begins with DI Manon Bradshaw at the helm. But with the other migrants unwilling to speak, and protests on the streets, hatred is starting to drown out the facts.

Can Manon uncover the truth before it happens again?

‘Manon Bradshaw is SUCH a great creation. [Remain Silent] is so spot-on about love, relationships, middle-age, being a woman. The plot … broke my heart. So MOVING’ MARIAN KEYES

‘Remain Silent made me laugh, kept me guessing till the end and made me care long after I’d closed the book. No one writes crime fiction like Susie Steiner: Agatha Christie as scripted by Victoria Wood or Alan Bennett’ ERIN KELLY

‘Remain Silent is her best. Hurrah for DI Manon Bradshaw in all her tender, outrageously rude, insightful and flawed magnificence. Flew through it, laughing out loud at her gags. And then cried at the end. Perfect. Loved it’ FIONA BARTON

‘I can't imagine reading a better crime novel this year. A beautifully wrapped gift of a tale that both chills and warms the heart. I loved it’ RENEE KNIGHT

‘There's no-one to touch Susie Steiner for managing to combine a hugely gripping murder plot with utterly identifiable domestic life. I adore Manon Bradshaw – detective, wit, slob and mother – and Remain Silent is as twisty, as riveting and as well written as her previous two appearances’ LISSA EVANS

Manon Bradshaw is back.

As dusk falls a young man staggers through a park, far from home, bleeding from a stab wound. He dies where he falls; cradled by a stranger, a woman’s name on his lips in his last seconds of life.

DI Manon Bradshaw can’t help taking an interest – these days she only handles cold cases, but the man died just yards from the police station where she works.

She’s horrified to discover that both victim and prime suspect are more closely linked to her than she could have imagined. And as the Cambridgeshire police force closes ranks against her, she is forced to contemplate the unthinkable.

How well does she know her loved ones, and are they capable of murder?

‘[Steiner] solidified the promise of last year’s debut, Missing, Presumed, with another hyper-realistic police procedural’ Guardian: Books of the Year 2017

'Steiner has a quirky, evocative prose style that is often very funny and her novels are highly entertaining and full of memorable, well-rounded characters' Sunday Express

'Bradshaw is an engaging heroine, full of self-doubt and contradiction, but whose caustic wit gleams through the grim murder inquiry' Daily Mail

'Winning prose, sympathetic characters and an appreciation of life’s joys as keen as a knowledge of its dangers' Wall Street Journal

‘I loved it … Persons Unknown is like walking on quicksand, for reader and detective alike' VAL MCDERMID

'A smart and funny rumination on motherhood' The New York Times

'Strikingly modern…It is refreshing to see a detective grappling with real life dilemmas but they never get in the way of the plot, which is clever and original. A series to watch from a confident writer who draws even minor characters with care and sympathy' Sunday Times

‘Susie Steiner goes from strength to strength: Persons Unknown is by turns tense and tender, gripping and moving, and always beautifully written. I didn’t read this book so much as live it: DI Manon Bradshaw is so convincingly human that I often wonder what she’s up to now’ ERIN KELLY, author of He Said, She Said

‘Superb storytelling – a joy to read. I am hooked on Manon Bradshaw’ RENEE KNIGHT, author of Disclaimer

It says a lot about Detective Sergeant Manon Bradshaw that she goes to bed with the gentle burbling of the police radio in her ear; that she sleeps with the clicks, switches, whirring, of receivers picked up and put down, colleagues conferred with, buttons pressed to receive.  It says of course that, at 39, she is single and miserable as sin (and enduring some of the worst dates in internet history as it happens)… But for Manon, this rapid response to hurt and misdeed is the sound of vigilance; human kindness in action, protecting the good against the bad.  She loves her job.

And when news of the disappearance of Edith Hind reaches her across the airwaves, it already sounds like a big case, a possible break.  Edith’s boyfriend, fellow Cambridge student Will, has returned home late on a Sunday night, to find an open door, and a smear of blood. Edith has been unaccounted for for nearly 24 hours. Bradshaw’s boss, the abrasive Harriet Harper, classifies Edith as High Risk misper, bumping the case up to the big league.

In the first frenzied 72 hours, a number of discoveries are made which will shape the case ahead. Edith’s father, Sir Ian, is ear, nose and throat surgeon to the Royal Family, close personal friends of the Tory home secretary; so this case is going to stink. Edith’s behaviour has been erratic in the run-up to her disappearance – and her close friend Helena, the last person to see her, is hiding something. A known sex offender, Tony Wright, appears in CCTV footage of Edith taken a short while before her disappearance. Then a body is discovered floating face-down in the River Ouse.

Is Edith Hind alive or dead? Was her ‘complex love life’ at the heart of her disappearance, as Det Chf Supt Gary Stanton publicly suggests? Why is there reluctance, in the senior ranks, to investigate some elements of the story?

‘The most satisfying read in ages…Utterly brilliant’ INDIA KNIGHT

‘Gripping, authentic, funny and moving, Missing, Presumed hits the sweet spot between literary and crime fiction. The plot is gripping, with a twist that knocked me sideways, swiftly followed by another one that knocked me back in the other direction. More than that, the characters became dear friends over the course of the book. I'm already looking forward to the next one.' ERIN KELLY

‘Within a chapter, DS Manon Bradshaw announces herself as a detective to follow through books and books to come. A treat in store for those who love their crime fiction rich in psychology, beautifully written and laced with dark humour. Dive in.’ LUCIE WHITEHOUSE

‘This is a cracking mystery, but one peopled with such brilliant female characters, so fantastically well drawn that it feels like more than a mere thriller. Heartache, professional ambition and an urgent yearning for independence are themes here just as much as what – or if – the crime at hand might be’ THE DEBRIEF

"A highly charismatic and engaging story. Hopefully, this is just the first adventure of many Steiner will write for DS Bradshaw and her team." Kirkus starred review

"A vein of dark humor pulses beneath this compelling whodunit with an appealing, complicated heroine at its center." Publishers Weekly