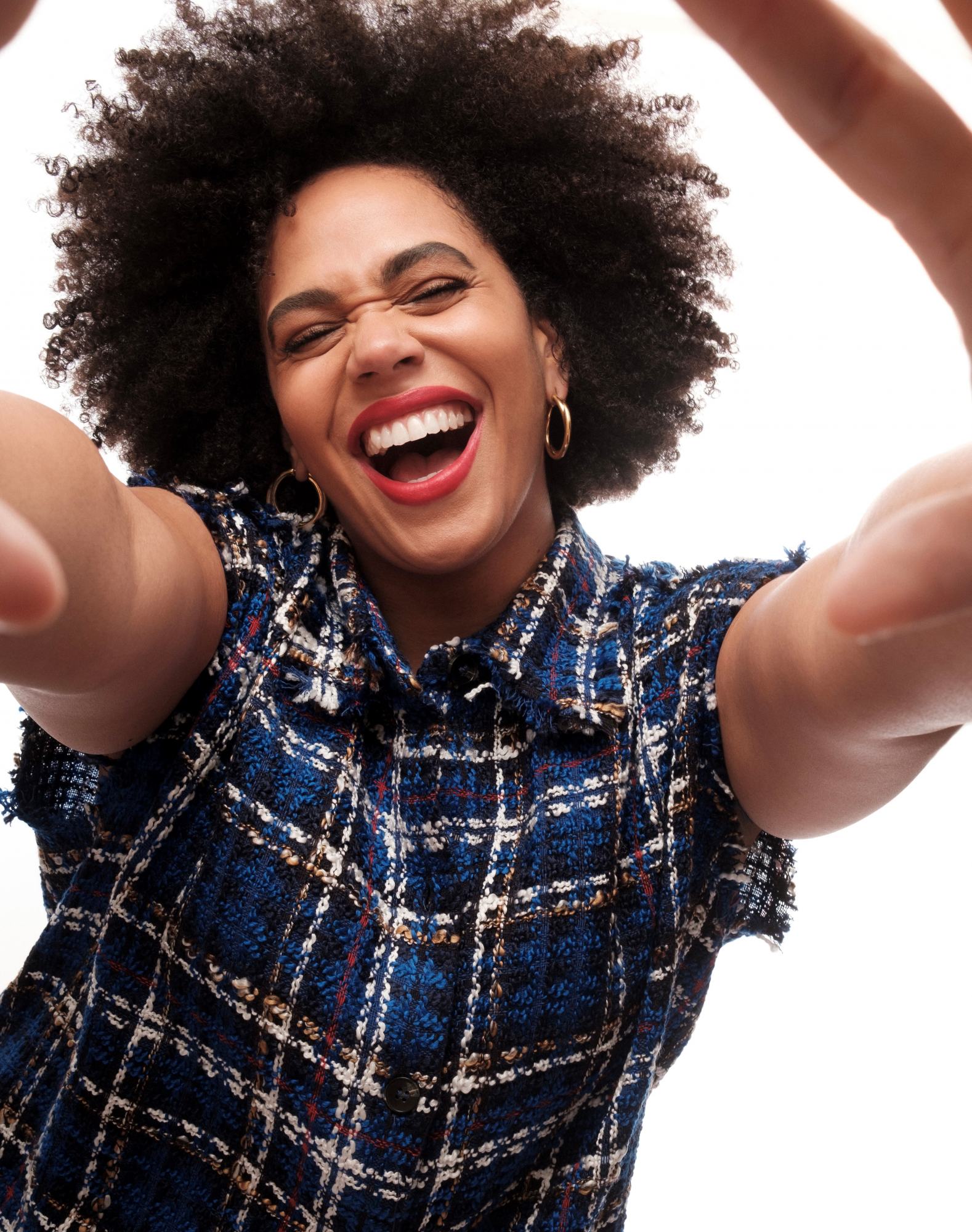 Shareefa J is a London based presenter and plus-size model with a background in musical theatre, she is at the forefront of promoting equality and mental health awareness. She uses her platform to discuss many topics including Black Lives Matter, LQBTQIA+ topics, plant- based eco-friendly living, fitness, adult ADHD, women’s health and eating disorders.

Shareefa is an ambassador for the UK based mental health charity CALM and works closely with them to help raise awareness and destigmatise the conversation around suicide.

In 2017 she began pursuing a career in presenting in and has since presented for Fane productions, Nude by Nature, Boohoo, Simply B and more! She’s also had publications with MTV, BBC 5 Live, Cosmopolitan, The Sun and the list goes on. It’s safe to say she has an exciting journey ahead she continues to develop her skills as a budding new presenter.

In 2019 Shareefa returned from working and living in Australia where she dominated the plus-size fashion industry and was voted number one top model in Australia to know by In Style magazine 2019. Since then, she's continued to work internationally.

Shareefa previously ran an organisation called @shine4diversity in which she created short documentaries and photographic campaigns to highlight the importance of racial inclusion within advertising, her last campaign in 2019 featured in Buzzfeed.

Although her efforts for social change are prominent, she has a light-hearted approach and always finds a way to make her audience smile with her bubbly and warm persona.