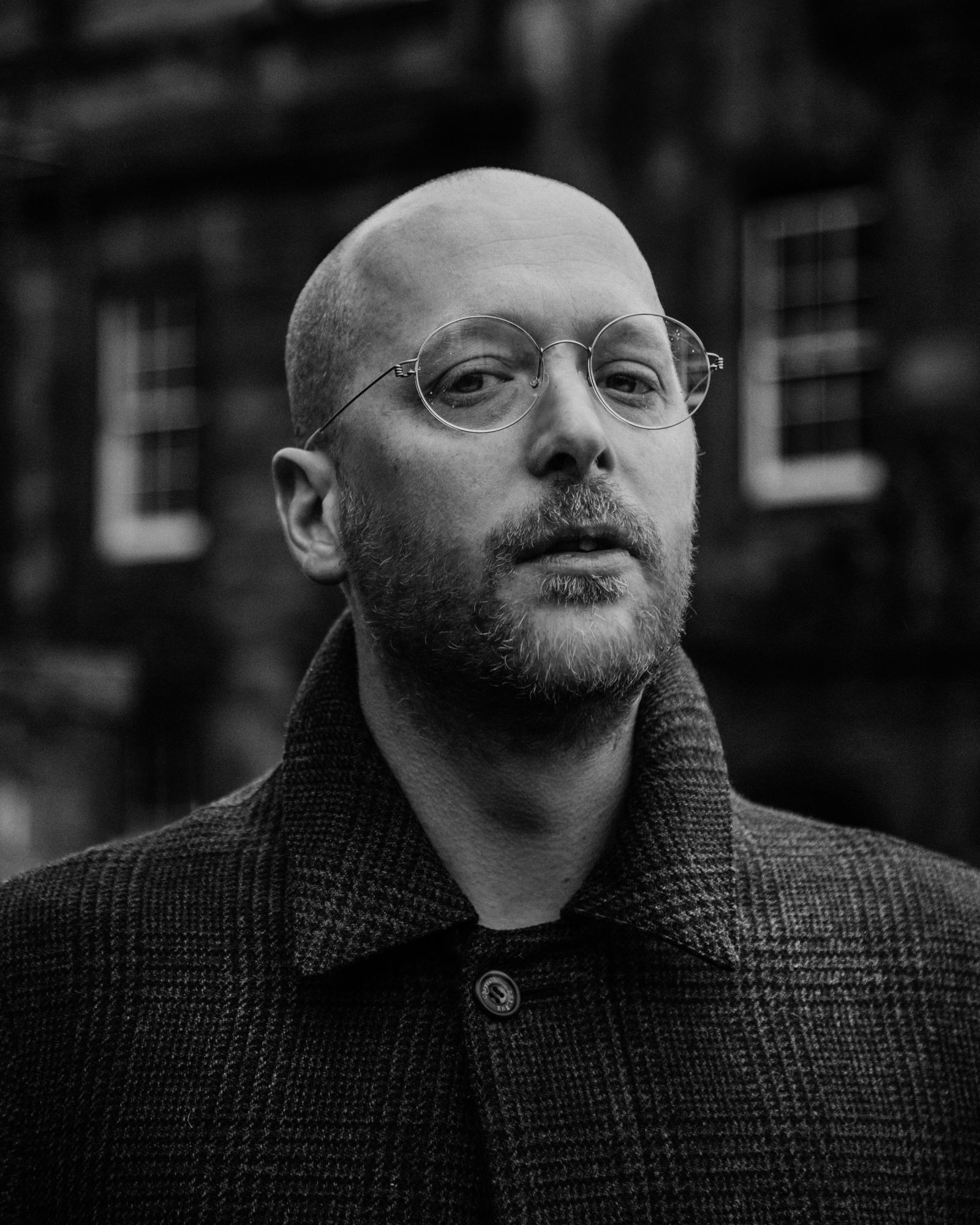 Sam Riviere is the author of the poetry books 81 Austerities (Faber & Faber, 2012), Kim Kardashian’s Marriage (Faber & Faber, 2015), and After Fame (Faber & Faber, 2020), as well as numerous limited-edition titles. He won an Eric Gregory Award in 2009, and the Forward Prize for Best First Collection in 2012. Born in Norwich, he currently lives in Edinburgh, where he runs the micropublisher If a Leaf Falls Press. His first novel, Dead Souls, is published by W&N in the U.K. and Catapult in the U.S.A.

'One of the wittiest, sharpest, cruelest critiques of literary culture I’ve ever read. Riviere unleashes a flock of winged devils to tear apart the hermetically sealed world of privilege, praise and publication in which a few lucky writers dwell [...] What no summary can convey is the hypnotic effect of Riviere’s relentless prose [...] An astute, wildly original novel that talks trash about everyone whose success galls you. And there’s nothing quite so delicious as that.' Ron Charles, Washington Post

'[A] brilliant and brilliantly entertaining novel. The writing is merciless; the rage is genuine. I’d say it was satire, and it is that, but it’s also a meticulous analysis coming from a place of despairing intimacy. [...] The cumulative effect is exhilarating: Riviere has turned paranoid pub talk and midnight doubts into a prose poem of laceration. But the novel goes deeper than flesh wounds. Time after time, the reader is brought to a point of soul horror – the horror of doubleness, nothingness, meaninglessness. [...] By the novel’s end, Riviere has extended his satiric range far beyond the monstrous poetry scene. It’s become a guilt verdict on his countryfolk worthy of Thomas Bernhard.' Toby Litt, Guardian 'Book of the Day'

'Whip-smart literary satire with a techno tinge [...] The narrator’s polyphonic monologue surges onwards with a tidal energy that makes this seemingly esoteric form into a mesmeric (and often mordantly funny) read. Fans of the great Austrian curmudgeon Thomas Bernhard will recognise the style. I also thought – in a book much taken up with questions of influence, hommage and appropriation – of other modern masters who capture the cataract of consciousness in serpentine syntax: László Krasznahorkai; Javier Marías; even WG Sebald (Riviere comes from Sebald’s adoptive Norfolk). And, of course, this shaggy-dog story about the delusions and misadventures of obscure, self-mythologising poets cannot help but evoke the Roberto Bolaño of The Savage Detectives. [...] the sheer brio and tumbling intelligence of Riviere’s narration lift almost every page. Once you catch the spuming surf of his prose [...] you’ll want to ride the wave to the shore. He’s wickedly sharp about the pious deceits, and self-deceptions, that fuel the culture industry like oil.' Boyd Tonkin, Arts Desk

'Dead Souls depicts a fantastical, alternate-world version of London in which poetry has become the city’s major cultural product. [...] Wiese’s obsessions are captured in spiraling sentences that unfurl with the comma-spliced cadence of consciousness. The reading is both manic and thrillingly musical. [...] Riviere, himself an accomplished poet, writes like one accustomed to the threat of obsolescence. “Dead Souls” buzzes with networks and media platforms that are as likely to manipulate as they are to empower. In this ambitious fantasy of marginalization, you either die unread or live long enough to see your work in someone else’s portfolio.' Dustin Illingworth, New York Times

'Dead Souls – satirical, cynical and parodically loquacious – has Wallace in its bones, and there is more than a hint of Don DeLillo’s clinical overthinker Jack Gladney in the book too. It’s also a genuinely funny comic novel, and one of the most strikingly intelligent debuts I’ve read in a long time.' Michael Delgado, Literary Review

'For all the barbs and deep cuts, Dead Souls is as much a piss-take of Riviere's career [...] as it is a hilarious satire on the controversies that have surrounded "the poetry establishment" over recent years. [...] It's an impossibly strange tale involving data pirates, reading sickness, fake accounts on social media, and the cultural wastelands of the English countryside. Reminiscent of Thomas Bernhard and, more recently, the works of Lucy Ellman and Mike McCormack, Dead Souls is presented as a single, unbroken paragraph. The long and winding, multi-clause sentences that dominate the narrative give it an air of self-importance, reflective of the unnamed narrator's sardonic attitude to the conference, the attendees, and the industry they all - including the narrator - represent. [...] Beyond Riviere's biting satire of the cultural gatekeepers who commodify and set strict rules on the correct forms of poetry (they appear in the novel almost like wizards from Harry Potter), Dead Souls is brilliantly inventive. Along the way, we meet an eccentrip group of individuals [..] When blended with Riviere's critique of the literary genre he so clearly loves, we get a novel that can be laugh out loud funny, harsh and savage, but also sobering and thoughtful.' Ian Mond, Locus