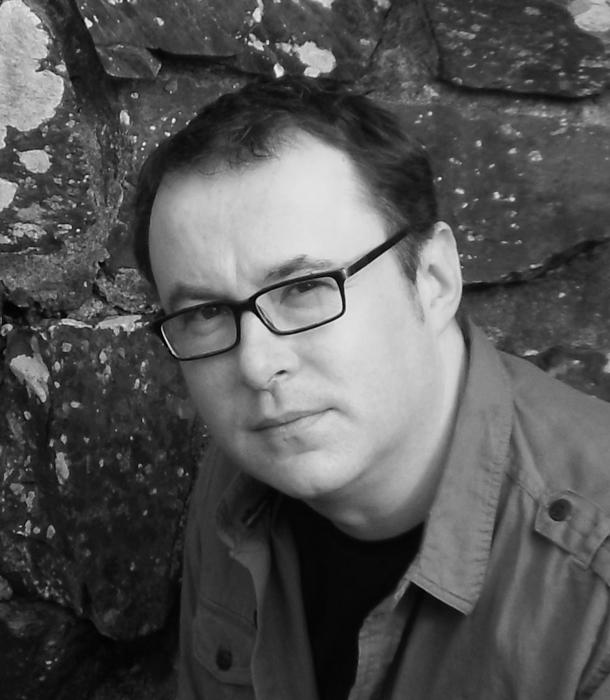 Robert Lautner was born in Middlesex in 1970. Before becoming a writer heowned his own comic-book store, worked as a wine merchant, photographic consultant and recruitment consultant. He now lives on the Pembrokeshire coast in a wooden cabin with his wife and children.

Speak out for the fate of millions or turn a blind eye? We all have choices

Germany, 1944. Ernst Beck’s new job marks an end to months of unemployment. Working for Erfurt’s most prestigious engineering firm, Topf & Sons, means he can finally make a contribution to the war effort, provide for his beautiful wife, Etta, and make his parents proud. But there is a price.

Ernst is assigned to the firm’s smallest team – the Special Ovens Department. Reporting directly to Berlin his role is to annotate plans for new crematoria that are deliberately designed to burn day and night. Their destination: the concentration camps. Topf’s new client: the SS.

As the true nature of his work dawns on him, Ernst has a terrible choice to make: turning a blind eye will keep him and Etta safe, but that’s little comfort if staying silent amounts to collusion in the death of thousands.

This bold and uncompromising work of literary fiction shines a light on the complex contradictions of human nature and examines how deeply complicit we can become in the face of fear.

Praise for THE DRAUGHTSMAN - HARPERCOLLINS - FEBRUARY 2017

"Absolutely exceptional. So beautifully written, with precision and wisdom and real emotional acuity. The horrors are illuminated and rendered on a human scale by Lautner’s wonderfully gripping narrative, drawing me in to the intimate story of Ernst and Etta, and their very affecting portrayal as individuals caught up in larger events. With outrage and tenderness he describes a moment in time most of us would say we knew too much about already - and sheds new light on it. A remarkable achievement.” Stephen Kelman, author of PIGEON ENGLISH

“Gripping from beginning to end, The Draughtsman is a highly accomplished novel … Lautner does not shy away from the challenges of writing about World War II-era Germany... It is in these passages that Lautner's work is most moving.” Sunday Independent

“Perhaps most powerfully, the novel is also deeply affecting in how relevant it is today. Descriptions of refugees fleeing their country to seek safer ground are particularly unsettling as they are so grounded in what is happening right now.”  Belfast Telegraph

Praise for THE ROAD TO RECKONING- HARPER FICTION / TOUCHSTONE - JANUARY 2014

“A thrilling, violent, dangerous piece of old-fashioned storytelling, that is also humane and unshowily moving.”Kate Saunders, The Times

“I loved it – compelling, gripping and beautiful.  Robert Lautner has written a poetic page-turner with precision and heart.” Stephen Kelman, author of Pigeon English

“This quiet triumph of a novel, a sad and impeccably nuanced tale set against a finely drawn landscape of early pioneer America, left me just amazed and delighted: it will surely establish Robert Lautner as a storyteller of the first order.” Simon Winchester, author of The Professor and the Madman

“Remarkable… a novel about a young man reaching for manhood after the killing of his father and about the invention and selling of Col. Samuel Colt’s revolving pistol, and the way it changed the West. Those who love True Grit will love this.” Michael Korda, author of Hero

“Not a single needless word in The Road to Reckoning, a beautiful gem of a novel, exquisitely written and swiftly plotted. Set against a fascinating American landscape, with a heartbreakingly unforgettable character on a hero’s journey – it packs an old-fashioned emotional wallop.” Kathleen Grissom, author of The Kitchen House

“The Road to Reckoning is a rare feat of storytelling. Robert Lautner has created something truly wonderful in the character of Thomas Walker – whose steady, strong voice I won't soon forget – and the vivid world he inhabits. This is a literary thriller in the best sense, simultaneously gritty and tender, rousing and lyrical.” Silas House, author of A Parchment of Leaves and Clay’s Quilt