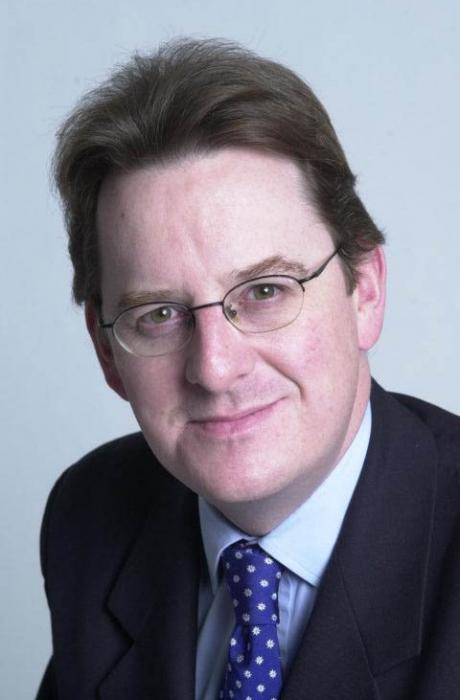 Robert Hardman is a leading writer on the British royal scene and one of Britain's most accomplished journalists.

His most recent book, Queen Of The World, was published by Century / Random House in September 2018. Robert was writer and co-producer of the accompanying ITV film, also called Queen of The World. Prior to this he wrote Our Queen, which was published by Hutchinson in October 2011 and has been a bestseller. The follow on ITV film was broadcast globally, and was ITV's most-watched documentary in 2013. It was followed by the 2016 documentary, Our Queen At Ninety.

In recent years, he has interviewed members of the Royal Family many times for a series of internationally-acclaimed films and for his book, Monarchy: The Royal Family At Work (2007). The same book was published in the United States as A Year With The Queen.

Most recently for television, Robert wrote and presented the acclaimed 2017 BBC2 documentary, George III – The Genius of the Mad King. He interviewed The Prince of Wales at length for the BBC1's 90-minute special film, Charles at 60: The Passionate Prince (2008) which he also narrated. Six months earlier, he wrote the ITV1 series, The Duke: A Portrait of Prince Philip (2008). This followed the landmark BBC1 series,  Monarchy: The Royal Family At Work (2007) for which Robert wrote both the book and the script. As associate producer, he was co-creator of the series and also interviewed many of the major figures in what was the most extensive royal production ever made. Prior to this, Robert played a similar role as the writer and associate producer of the much-loved BBC1 series, The Queen's Castle (2005), which enjoyed similar international success.

As a newspaper journalist and columnist, first with the Daily Telegraph and now with the Daily Mail, he has been covering British and international affairs at every level for many years. A former diarist, political sketchwriter, sports columnist and restaurant critic, he now casts an even broader eye as the author of the acclaimed How I See It column in the Daily Mail. At the same time, he keeps a close eye on royal matters. Aside from the British Royal Family, his royal interviewees have included the Emperor and Empress of Japan, the King and Queen of Norway and the Queen of Denmark.  A Cambridge classics graduate,  he is married with three children and lives in London.

Written by the renowned royal biographer, Robert Hardman, and with privileged access to the Royal Family and the Royal Household, a brilliant new portrait of the most famous woman in the world and her place in it.

On today's world stage, one leader stands apart. Queen Elizabeth II has seen more of the planet and its people than any other head of state, and has engaged with them like no other monarch in British history. Since her coronation, she has visited over 130 countries across the ever-changing globe, acting as diplomat, stateswoman, pioneer and peace-broker.

She has transformed her father’s old empire into the Commonwealth, her ‘family of nations’, and has come to know its leaders better than anyone. In 2018, they would gather in her own home to endorse her eldest son, the Prince of Wales, as her successor.

With extensive access to the Queen’s family and staff, Hardman tells a true story full of drama, intrigue, exotic and even dangerous situations, heroes, rogues, pomp and glamour – and, at the centre of it all, the woman who has genuinely won the hearts of the world.

'At long last we have the definitive portrait of Queen Elizabeth II's world today. Robert Hardman knows the true story and tells it superbly.' Andrew Roberts

'Hardman's portrait of the reign of Elizabeth II is beautifully observed and shows why she is justly one of the most admired heads of state in the postwar world.' Evening Standard

'As well as the entire senior management of both Buckingham and St James's palaces, Hardman has interviewed David Cameron, the Archbishop of Canterbury, former Prime Ministers, the last four Foreign Secretaries and scores of others, so this book abounds with insights. Yet its real value lies in the sheer quality of the writing and the consistently sound judgement that Hardman brings in teasing out the true character of one of the world's most exemplary human beings.' Mail on Sunday

'Hardman knows his subject intimately and has used his enviable access to produce a richly detailed and thoughtful account.' Telegraph

'The most important royal book for years.' Daily Mail

Robert Hardman is a leading journalist, author and documentary maker on British history and the Monarchy.