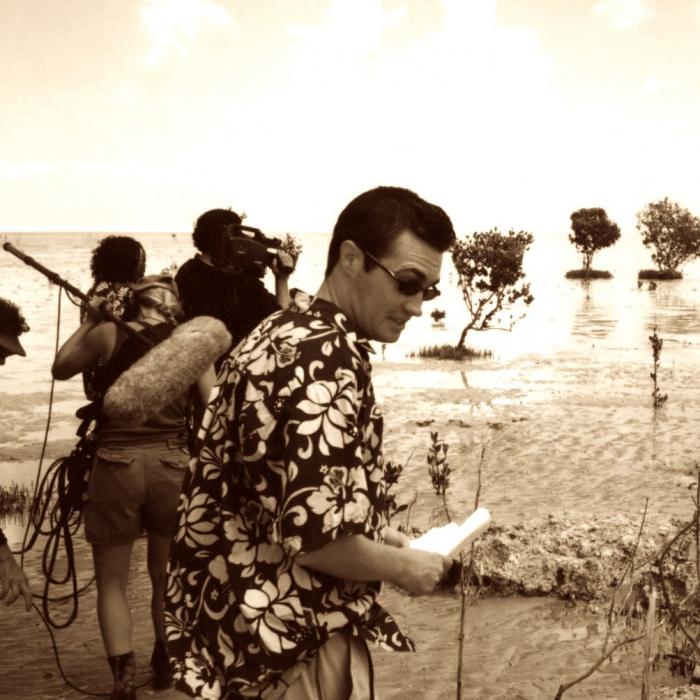 Rob Cawley wrote and produced his first TV drama series AMBER with his company Screenworks Productions. This four-part original series became one of the most watched TV shows in Ireland in 2014. It licensed to multiple territories and was broadcast on RTE, BBC, Netflix, Hulu, NBC Global and more.

Screen Ireland and Creative Europe MEDIA backed his first feature screenplay UNDERCARD which is slated for production in 2019 with the Mark Gordon Company and eOne producing. He has developed the original TV series THE KEYS for Universal Cable Productions Blumhouse and 2Dux2. He also co-wrote THE ART OF KILLING an adaptation of the novel A Dark Place to Die by Ed Chatterton for Australian company Escapade Media and UK based Mam Tor. THE KING OF CARPENTARIA is an original historical mini-series with development backed by Screen Ireland. Dublin based Deadpan Pictures and London based distributer Kew Media also backed script development of original TV series centred on gambling and addiction GRINDERMAN.

Rob has also been working as a writer and designer for Dublin based games company Touch Press LTD. He has written numerous games and interactive narrative projects for Marvel, Disney, and Eric Carle. He has written over 40 interactive children’s books including new titles books featuring The Very Hungry Caterpillar and other Eric Carle characters. He has also been commissioned to write a slate of original voice-driven narrative content for the Alexa platform by Amazon. The genres range from original fantasy and sci-fi to an adaptation of Theo Gray’s international sensation THE ELEMENTS.

Rob's career began as a comedy writer in the 90s writing and directing satirical comedy for Irish TV, including the acclaimed, long-running series DON’T FEED THE GONDOLAS.  Following this he became head writer on the very first Australian Aboriginal Comedy Show for SBS (after his car broke down in the desert). THE MARY G SHOW was twice winner of Outstanding Achievement In A Series – Western Australian Screen Awards 2002 and 2003. Its protagonist was the acid-tongued Mary Geddarrdyu, performed by a cross-dressing Aboriginal man. This ground breaking comedy series tackled issues of race, sexual health, the stolen generations and reconciliation.

Returning from the outback to Ireland in the mid 00’s he alternated as a writer, producer and director for children’s TV and animation. He also spent a year embedded as a documentary director with Ireland’s search and rescue helicopter rescue units directing the six part RESCUE 117 and follow up RESCUE 115.