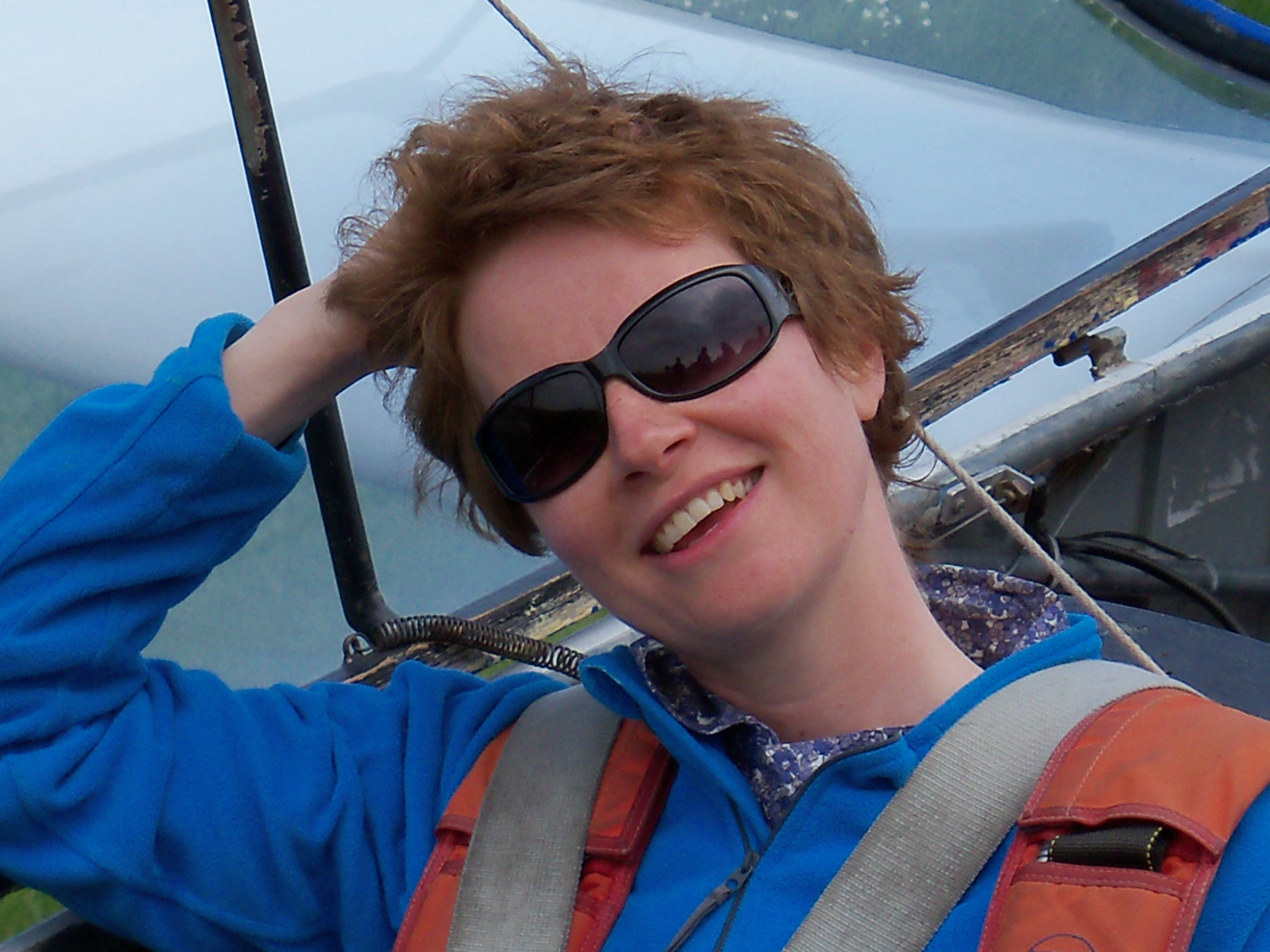 Rebecca Loncraine was born in England and grew up on a hill farm in the Black Mountains of Wales. After attending art school, she studied history and literature, and wrote a doctorate in English literature at Oxford University. A career as a freelance writer followed, with Beccy writing for the national press.

Research for her first book, THE REAL WIZARD OF OZ: THE LIFE AND TIMES OF L. FRANK BAUM was funded by fellowship grants from the Leverhulme Trust and the British Academy.

Beccy died of cancer in 2016, leaving the typescript of her memoir, SKYBOUND, as a work-in-progress.  SKYBOUND tells of Beccy’s life-changing and post-cancer healing-experience of learning to fly gliders in the Black Mountains of Wales and in New Zealand – a story of travel, survival, love and flying; where EAT, PRAY, LOVE meets Jay Griffiths’s WILD.

Thanks to a thoughtful and emotional collaboration between Beccy’s remarkable parents Trisha & Tony, and her editor Sophie Jonathan, the book has been completed from the partial typescript and the notes and draft pages which Beccy left.  It will be published posthumously in 2018.

“Stunning. Rebecca Loncraine is a beautiful writer and thinker, and SKYBOUND is so full of life – a love letter to nature and a hymn of love to the parental bond." - Cathy Rentzenbrink

In her mid-30s Rebecca Loncraine was diagnosed with breast cancer. Two years later, and after months of gruelling treatment, she flew in a glider for the first time. In that engineless plane, soaring 3000 feet over the landscape of her childhood with only the rising thermals to take her higher and the birds to lead the way, she fell in love. If illness meant Rebecca had lost touch with the world around her, gliding showed her a way to learn to live again.

And so Rebecca travelled from the Black Mountains in Wales to New Zealand's Southern Alps and the Nepalese Himalayas to chase her newfound passion: her need to fly with the birds, to push herself to the boundary of her own fear. Skybound is the story of that obsession and of Rebecca's incredible journey from the ground, into the sky and back again.

Taking in the history of unpowered flight, and with extraordinary descriptions of flying in some of the world's most dangerous and dramatic locations, this is a nature memoir with a unique perspective; it is about the land we know and the sky we know so little of, it is about memory and self-discovery.

Just as she finished writing Skybound Rebecca became ill again. She died in September 2016. And yet, Skybound is still a book about learning to live again:  deeply moving, thrilling and euphoric, this is a book for anyone who has ever looked up and wanted to take flight.

“Copious and entertaining detail...Loncraine does fans of “Oz” a great favour: Not only does she provide fascinating information about Baum’s amazing life but she also manages to put the man squarely back in his own time...in Loncraine’s absorbing and well-paced biography.” - Julia Keller, Chicago Tribune

“Rebecca Loncraine’s new book THE REAL WIZARD OF OZ may be the final word, so thorough and far-reaching is her research...She wanted to know more about Baum, but couldn’t find a book that fully satisfied her curiosity, "so I had to write it myself." Her book should satisfy other fans of Oz. Not only does she chronicle his creative activities and family life, but she chronicles the dark and fascinating 19th century that fueled Baum’s imagination, pinpointing moments in his life and the wider culture that made their way into his stories.” - Amy Goetzman, Minneapolis Post