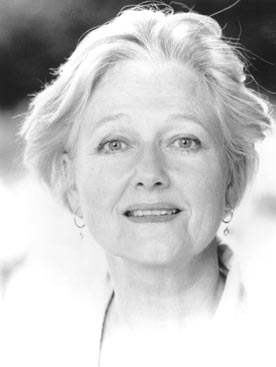 Polly Adams was born in Chichester, Sussex, of a theatrical family. Her grandmother was a member of the Forbes Robinson's Company, and encouraged Polly to go on to the stage. Her Great Uncle was the comedian Gordon Harker. After studying at RADA Polly played in repertory and on television before appearing in Graham Green's THE COMPLAISANT LOVER with Sir Ralph Richardson and Paul Schofield at the Globe Theatre. She then played at Chichester for a season and toured West Africa with the Nottingham Playhouse.