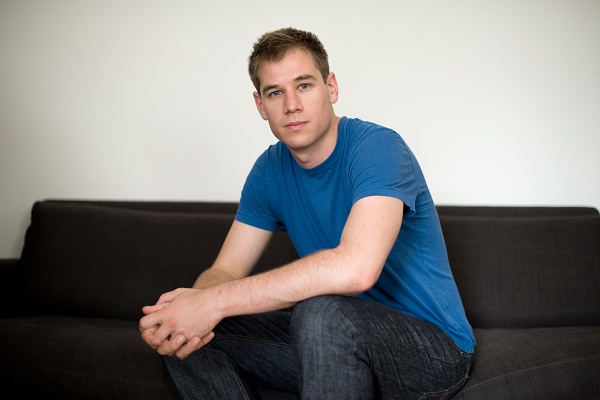 Patrick Hennessey is a writer and broadcaster.  He was born in 1982 and educated at Berkhamsted School and Balliol College, Oxford, where he read English. On leaving university he joined the Army and served from 2004 to 2009 as an officer in the Grenadier Guards. In between guarding towers, castles and palaces he worked in the Balkans, Africa, South East Asia, the Falkland Islands and deployed on operational tours of Iraq and Afghanistan. Since leaving the Army he has written two books; The Junior Officers’ Reading Club, a bestselling memoir of a brief but eventful stint in uniform and Kandak, a journalistic account of his return to Afghanistan and his experiences serving with the Afghan National Army. He is now a barrister.

When Patrick Hennessey returned home from Afghanistan, battle-worn, exhilarated, unsure if he'd see anything like it in his life again, he left behind him bands of friendship forged in the heat of the moment between living and dying. The comrades he left furthest behind were Qiam, Syed and Majhib. They are still there in the dust and heat of Helmand, soldiers fighting for their homeland.

KANDAK is the story of how these lasting bonds were made. Written in the spare and lucid prose of Junior Officers' Reading Club, Patrick Hennessey tells of their comically bad first meetings, the mutual suspicion, incomprehension and cultural divides that characterise early interactions between British and Afghan soldiers, to the moments under fire when those divides can, sometimes, cross chaos and culture shocks to turn into brotherhood. An account of friendship and loss, of warriors and soldiers, KANDAK explores the reasons men pick up the sword, and how in the intensity of battle, unlikely alliances can be formed.

“...A moving, humbling and rare account of mutual respect among men who might as well be from different galaxies but have forever bonded through battle. In unfettered, unpretentious prose, he gives a searing account of the death of his favourite Afghan company commander, a man of ferocious, insane bravery ... The British byword in Helmand today is "transition", the gradual handing-over of responsibility to Afghan security forces so we can extricate ourselves from a decade-long conflict that has cost us dearly. Kandak should be required reading for anyone trying to understand the magnitude of that task, as well as the people we will leave behind.” Independent

“[Hennessey’s] often amusing, sometimes moving book shows how close the British and Afghans can become. ‘They are what we all were,’ he concludes, ‘ordinary soldiers doing a difficult, sometimes extraordinary job’” Financial Times

“The portraits of the Afghans he served with are brilliantly created... The author is intelligent, with a cultural hinterland, a forward-looking mindset and the acceptance that, although he has a military bias, he knows there is a world beyond the parade ground or battlefield.” Herald

“There is some excellent descriptive writing here, as befits a Balliol man who read English before graduating to Sandhurst.” Times

“The war against the Taliban in Afghanistan, fought since 2001, has produced a copious body of literature all of its own. One of the most noteworthy examples is 2009’s The Junior Officers’ Reading Club... Something lacking among all these books has been the experience of the Afghan’s themselves. Now Hennessey redresses the injustice in Kandak... It’s at times a sobering account of war but one graced with characters who might easily belong in a Rudyard Kipling or George MacDonald Fraser story." Metro

“[Hennessey] is discreet: he treads lightly on “green on blue” incidents. He is an idealist: not only as a military man but as a Westerner who is not fighting so that Afghan soldiers, wistful about what they imagine to be the fleshpots of London, can acquire material luxuries. They may wish for them; Hennessey does not. A classical cross-cultural comradeship is his theme, transcending private politics, petty morality and public pessimism.” Times

“Soldiers who can write are as rare as writers who can strip down a machinegun in 40 seconds, but Patrick Hennessey is one of the few ... a powerful, compelling and unapologetic memoir of a young soldier’s life.” Christopher Hart, Sunday Times

“Hennessey has fashioned what must rank as the most accomplished work of military witness to emerge from British war-fighting since 1945 ... Emotionally, this is battlefield reportage in a classical vein, with every well-marked step on the soldier-writer’s march taken in its swift stride ... his tale’s true originality lies in Hennessey’s media-saturated reflections on media-shaped campaigns.  He may shed a uniform but – surely – he cannot abandon the rare gift revealed in this extraordinary book.” Boyd Tonkin, Independent

“What impresses is the sheer candour and immediacy of his reporting.  A literary soldier, especially one still in his twenties, is something to be treasured ... a very fine book, a powerful despatch from the front line and required reading for the families of those in the armed forces.” Justin Marozzi, Spectator

"A remarkable account of a Guards subaltern's time in Afghanistan. It conveyed vividly what it's like to experience combat. It made me grateful I have not had to serve there, while explaining why, if you're a soldier, it's a deployment you really seek." Jeremy Paxman, Telegraph (Books of the Year)

“Amid the gung-ho overload of Iraq/Afghan war memoir, Hennessey's literate and shrewd account of his time as a young subaltern is outstanding. It's extremely rare to have this level of analytical intelligence combined with brutal first-hand experience.” William Boyd, Sunday Herald (Books of the Year)