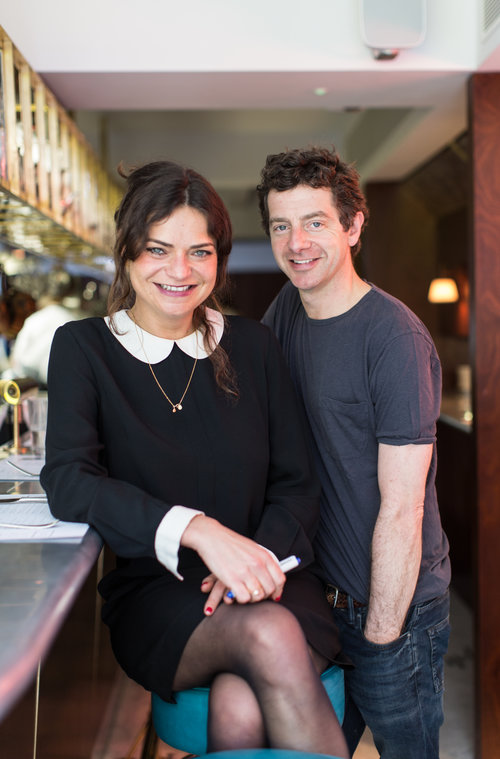 The Palomar is a Soho restaurant in the heart of Theatreland, serving the food of modern day Jerusalem. A menu influenced by the rich cultures of Southern Spain, North Africa and the Levant. The passion in their cooking has been nurtured in this cultural mix, with a contemporary approach. Winners of The Observer Food Monthly Restaurant of the Year 2015.

Sister restaurant The Barbary was named Time Out's Number 1 London restaurant in 2017. Situated in the iconic Neal’s Yard in Covent Garden, the restaurant takes inspiration from the Barbary Coast, identified by 16th century Europeans as the area settled by the Berbers in the Atlas Mountains.

In Chinatown, you can find The Blue Posts, which serves independently brewed cask ale, cider and lager. Underground is Evelyn's Table, an intimate 12-seated chef's counter, and on the first floor is The Mulwray cocktail bar.

Jacob The Angel, located in Neal's Year, is an independent coffee house, and in equal parts eatery, bakery and take out. It is named after a man named Jacob, said to have been a Jewish immigrant from Lebanon, who opened the first coffee house in England.

In 2017 Zoe and Layo Paskin were named amongst London's 100 Tastemakers in Food & Drink, as part of the Evening Standard's Progress 1000 list of London's most influential people.

Current publication:
THE PALOMAR COOKBOOK  - Mitchell Beazley - 2017
Enjoy more than 100 utterly delicious recipes from award-winning restaurant The Palomar, with dishes influenced by the rich cultures of Southern Spain, North Africa and the Levant. This debut cookbook includes recipes for the restaurant's signature dishes, alongside recipes drawn from family tradition, mothers and grandmothers, from influences, encounters, places travelled to and places evoked by their flavours alone.

Pulling on the traditions of the Mediterranean, The Palomar Cookbook is your guide to recreating the intense and evocative flavours of an exotic elsewhere in your own kitchen. With mezze dishes to share, sweet and savoury pastries, simple dishes for a quick fix and more complex dishes for a main meal, each recipe is both evocative and innovative, and - first and foremost - bursting with flavour.

Praise for The Palomar:
“The talk of the town” - The Financial Times, Nicholas Lander

"The Palomar is one of those places where you just want to order everything on the menu." The Evening Standard, Rebecca Seal

"The Palomar is culturally exciting, culinarily exhilarating and run by people whose passion is evident with every interaction." - Londonist, Ben Norum

"It’s one of those rare restaurants that takes well-known ingredients and dishes, and tweaks them, gently and subtly, to create something altogether more marvellous." - The Daily Mail, Tom Parker Bowles

"The jars of Jerusalem-style truffle oil-laced polenta are death row-dinner good." - Evening Standard, Grace Dent
"Here's something the jaded critic doesn't get to say very often. I've been to a new restaurant, and it's different. A curious, crazy one-off, where the chefs and owners are having as much fun as the customers, the menu brims with bountiful Middle Eastern maximalism, and the music rocks nearly as hard as the food." - The Independent, Tracey Macleod
"Middle Eastern fireworks." - The Times, Giles Coren
"Maybe the most interesting restaurant experience out there." - The Evening Standard, David Sexton