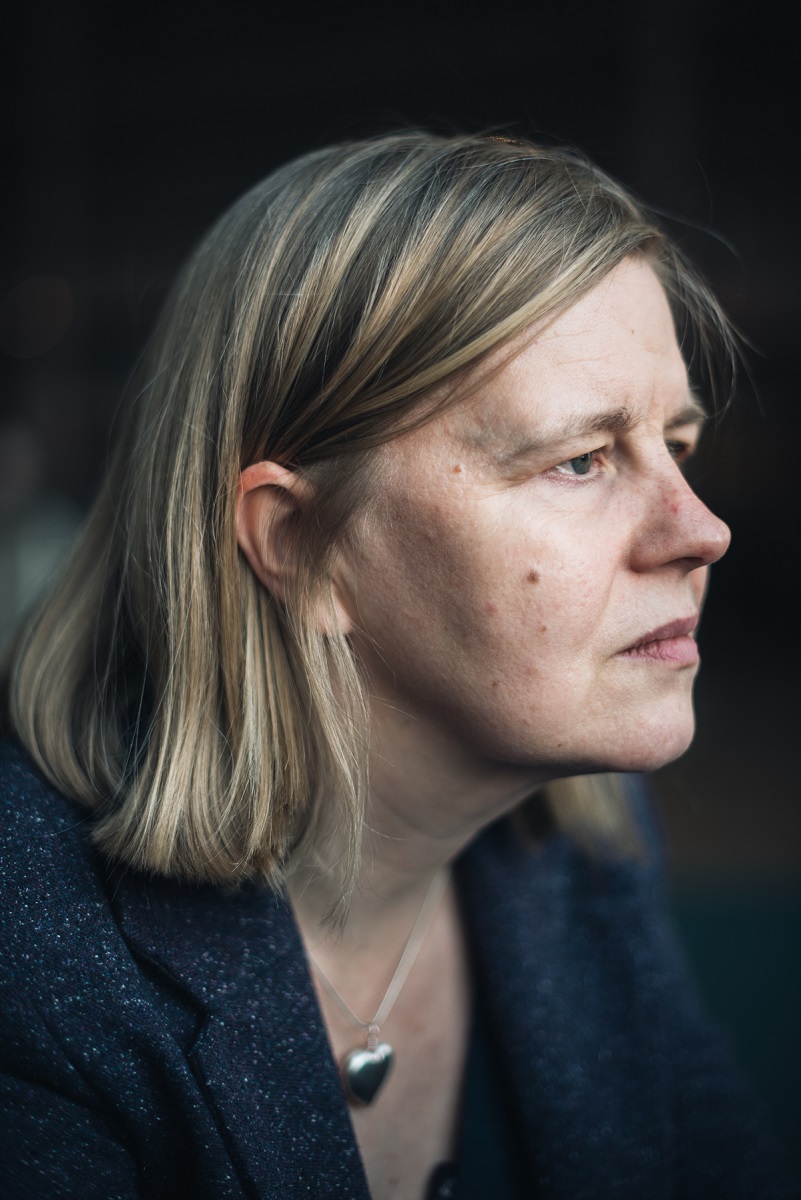 Nina Allan was born in East London. She studied German and Russian at Exeter University and Corpus Christi College, Oxford, where she completed an MLitt and monograph on madness, death and disease in the fiction of Vladimir Nabokov. With her short fiction appearing in many magazines and anthologies, Nina’s story collection THE SILVER WIND, a meditation on time, memory and the nature of reality was awarded the Grand Prix de L’Imaginaire (France) in 2014. Her debut novel THE RACE, set in an alternate Britain and dealing with themes of identity and loss, was shortlisted for the Kitschies Red Tentacle and the John W. Campbell Memorial Award in 2015. She also won The Novella Award for THE HARLEQUIN. THE RIFT, a tale of two sisters separated as teenagers and reunited in mysterious circumstances twenty years later, was published in July 2017 by Titan Books and won the British Science Fiction Award and The Kitschies Red Tentacle. Nina lives and works on the Isle of Bute, together with her partner the writer Christopher Priest.

Nina's latest novel, THE DOLLMAKER, was published in early April 2019 by riverrun (UK) and is forthcoming from Other Press (US).

Her latest novel, THE GOOD NEIGHBOURS, was published by riverrun in March 2021. Her new novel, CONQUEST, is forthcoming from riverrun in 2023.

'Allan is best known for speculative fiction, and there is certainly an element of fantasy in this wonderfully atmospheric novel, which references schizophrenic patricidal artist Richard Dadd as well as folklore and mathematical theory. However, it is also a splendid crime narrative of memory, compulsion and the effects of trauma.' Guardian

‘In clean, beautiful, agile prose, Nina Allan is able to conjure a recognisable England and a place of deep enchantment. The world of THE DOLLMAKER is not only one we know, it seems to know us, and readers will lose and find themselves inside Allan’s wonderful creation. A fantastic book, revealing a zone of wonder and a world of truth.’ Andrew O’Hagan

'As uncanny and disquieting as a Hans Bellmer sculpture, yet rooted – like all of Nina Allan’s superb novels – in a minutely observed everyday reality that feels almost too familiar. This is a masterful and multi-layered haunted toy shop of a novel, but who exactly is playing with who?' Tony White

'Amazing experiments are still possible with the form of the novel! I was deeply impressed by the complexity of this elegant, beautiful and subtly scary book.' Daniel Kehlmann

‘The Dollmaker by Nina Allan is narrated by dollmaker and collector Andrew Garvie, born with proportionate dwarfism. A solitary character, Andrew answers a personal ad in a dollmakers' magazine and later becomes consumed. The novel itself is like a babushka doll, slowly uncovering stories within stories and it's absolutely spellbinding.’ Irish Independent

'[Allan's] literary sensibility fuses the fantastic and the mundane to great effect.' Guardian

'This is a very singular book indeed, one punctuated by dark, strikingly densely imagined fairytales, which share disturbing parallels with Andrew's own life. Blurred boundaries are, in part, what this unsettling, intricately constructed and teasingly elliptical tale of misfits, outcasts and outsiders is about... The award-winning sci-fi writer's talents are evident.' Stephanie Cross, Daily Mail

'Haunting and beautifully written, the plot unfolds as a story within a story.' Candis Magazine

'Sometimes, all you can really do is applaud... So achingly clever and well constructed it's a bit like a magic trick. A dazzling little puzzle box of a novel, one that interleaves multiple voices, moods and genres. Intricate, measured and subtly creepy, this is the sort of book that invites you to find your own path, and decide for yourself just what the story is.' Nic Clarke, SFX

'There's something wonderful about taking a step into an uncertain world. Especially when you're in the hands of someone as capable as Nina Allan . . . There's more than a touch of Angela Carter to it... It's really rather magical... It's the two characters at The Dollmaker's centre that makes it such a compelling read. Allan offers the narrative skill we've come to expect, accompanied by a real tenderness and heart.' Jonathan Hatfull, SciFi Now

'A compulsively unsettling story and hypnotic prose make this a must read.' Literature Works

'The Dollmaker is the sort of novel that speaks to the power of fiction and the possibilities it contains: I couldn't shake the thought that my imagination was playing an active role in shaping the narrative. I won't read a better book this year. Every character is beautifully drawn and every moment feels both authentic and magical; this novel is an enchanted castle of stories upon stories, a dizzying labyrinth. I wanted to go on reading it, and living in its world, forever.' Blair, Goodreads

'[A] bleak but no less beautiful follow-up to The Race, [The Rift] is ostensibly about the mystery surrounding the 20-year disappearance and eventual reappearance of a girl named Julie Rouane, and the pain her family goes through during while she’s missing, and after she’s returned, claiming to have visited an alien world. But rather than get caught up in questions asked by those around Julie, Allan gives her subject a central role and agency in the plot, making her an active participant rather than simply a victim-shaped hole or a walking plot device in others’ lives... Her character journey makes The Rift a wrenching read, offering a “missing person” story with more depth and emotion than the plot normally allows, with a layer of speculative unreality that makes it into something else entirely... Allan refuses to definitively answer the questions posed by her narrative, instead offering us all possible solutions, and allowing us to choose what we think happened. It’s a more honest, realistic exploration of closure than most books offer—there’s no growing out of it, no definitive moment of healing, just people trying to decide for themselves what they are willing to accept.' Barnes & Noble

'[A] fractured postmodern drama of a pair of separated sisters... Allan crafts mirrored portraits of two women at odds with their own lives coming into a more stable orbit around each other.' Publishers Weekly

‘The Rift is a novel marketed in the genre of literary science fiction, however, as soon as I began reading it, it became clear that there were multiple genres at work here: science fiction, mystery, thriller and psychological fiction to name but a few.A novel that asks and raises many more questions than it answers, The Rift is a compelling story of humanity’s existence, of love, loss and the nature of belief. An utterly captivating read.’ Literature Works

'[It] leaves us wondering about the nature of stories themselves.' Chicago Tribune