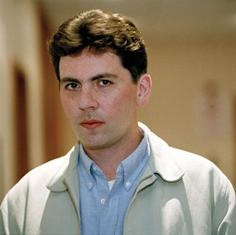 Download CV
An award-winning journalist and author, Nick started his literary interests by reading science-fiction and fantasy novels. However, after traveling extensively in the Middle East in the run-up to the first Gulf War, including living in Kuwait just before its invasion, he was spurred to turn his hand to non-fiction.
Since then, his work as a features and reportage writer has appeared in newspapers and magazines around the world, including The New York Times Magazine, The Times Magazine, The Independent on Sunday Review, The Telegraph Magazine, The Observer Magazine, The Sunday Times Magazine, The Mail on Sunday Live, The Weekend Australian, The South China Morning Post, The National, The Irish Times, The Scotsman, The Globe & Mail, WIRED, Esquire, Arena, The Reader's Digest, Walrus Magazine and GQ. In 1999 he won the Celebrating Tolerance in the Media Award from the International Federation of Journalists (IFJ), for his groundbreaking investigations into the neo-Nazi gang, Combat 18 (which became the first chapter of his critically-acclaimed book, HOMELAND, investigating extreme Right movements worldwide).
Nick has been a reviewer and editor for many projects, as well as contributor to online media since the mid-1990s (working with MSN, openDemocracy, the Royal Geographical Society, Mother Jones, OneWorld and many others). He was creative producer of the BBC1 drama, England Expects (written by Frank Deasy) and has been a consultant for a number of other dramatic and documentary projects.
A former associate of Stieg Larsson (Girl With The Dragon Tattoo, etc), Nick today acts as a PR consultant for a number of non-profit and campaigning organisations in the UK and overseas.
http://www.nickryan.net