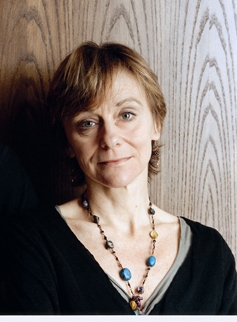 Nicci Gerrard writes for The Observer and is the co-author, with Sean French, of the bestselling Nicci French thrillers. She lives in Suffolk with her husband and four children.

WHAT DEMENTIA TEACHES US ABOUT LOVE - Allen Lane - April 2019

Dementia is an unmaking, a de-creation - an apocalypse of meaning. Since my father's slow-motion dying, and his actual death in November 2014, I have been much preoccupied with dementia: by those who have it, by those who look after them, by the hospital wards whose beds are occupied by those in advanced stages of this self-loss, by the way society denies it, by the science of it, the art and literature about it, the philosophy, by what it means to be human, to have an identity. What is it to be oneself, and what is it to lose one's self. Who are we when we are not ourselves, and where do we go?

This is a book about dementia - not a personal account, but an exploration, structured around this radically-slowed death. Full of people's stories, both sad and optimistic, it is a journey into the dusk and then the darkness - and then out on to the other side, where, once someone is dead, a life can be seen whole again.

Praise for WHAT DEMENTIA TEACHES US ABOUT LOVE

‘Gerrard writes beautifully, encyclopaedically and with humanity’ — Nicholas Timmins, senior fellow at the Institute for Government and the King’s Fund, honorary fellow of Royal College of Physicians, author of Five Giants

‘Nicci Gerrard exudes understanding of the breadth, scale and complexity of the dementias and the challenges they pose for society. Yet she communicates simply, personally and practically as if speaking individually to each of us’ — Seb Crutch, Professor of Neuropsychology, Dementia Research Centre, University College London

‘Evocative and powerful, shining a light on a world which is often hidden and misunderstood’ — Jane Cummings, Chief Nursing Officer for England

‘Nicci Gerrard writes with power, insight, empathy and extraordinary beauty about the world of dementia . . . and demonstrates how we can address the fear, despair and ignorance that has accompanied its spread’ — Paul Webster, editor of the Observer

'Nobody has written on dementia as well as Nicci Gerrard in this new book. Kind, knowing and infinitely useful’ — Andrew Marr

‘This is a tender, lyrical, profound, urgent book . . . Gerrard has penned a treatise on what it is to be human’ — Yasmin Alibhai-Brown, columnist and author

‘Gerrard ranges widely and wisely, raising questions about what it is to be human and facing truths too deep for tears’ — Blake Morrison, poet and author of And When Did You Last See Your Father?

Secrets and memories collide in The Twilight Hour, the new novel from bestselling author Nicci Gerrard.

'Be with me now, at the twilight hour. When the light fails.'

'What shall I tell you?'

'Tell me about us, when we were young. What was it like? What was I like then?'

Eleanor Lee has lived a fiercely independent existence for over ninety years, but now it's time to tidy her life away - books, photographs, paintings, letters - a lifetime of possessions all neatly boxed up for the last time. But amongst them there are some things that must be kept hidden. And, nearing blindness, Eleanor needs help to uncover them before her children and grandchildren do.

Peter, a young man with a broken heart who feels as lost as Eleanor's past, is employed to help with this task. And together they uncover traces of another life - words and photographs telling a story of forbidden love, betrayal, passion, grief and self-sacrifice, which Eleanor must visit one last time.

By speaking her memories out loud, and releasing the secrets of her past, Eleanor can finally lay them to rest. To honour them at last, and protect those who must never know.