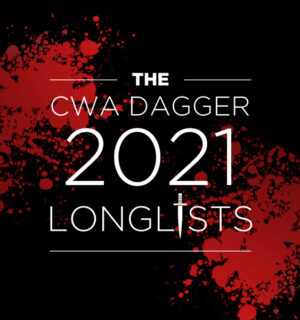 The CWA Dagger 2021 longlists have been announced and we're thrilled to spot UA names among the lists.

The Gold Dagger award is given annually to the best crime novel by an author of any nationality, originally written in English, and we couldn't be happier to see crime writer duo Nicci French nominated for their psychological thriller, HOUSE OF CORRECTION, published by Simon & Schuster. Nicci French are also nominated alongside our very own Erin Kelly for the Dagger in the Library - a prize for a body of work by an established crime writer that has long been popular with borrowers from libraries. And finally, we're very pleased to see Elle croft's short story DEATHBED, from the collection AFRAID OF THE LIGHT, nominated for the Short Story award.

The CWA Daggers are the premier literary crime-writing awards in the United Kingdom, and you can find more information about them and view the longlists in full here. Stay tuned for more news - the shortlists are announced online Thursday 20th May, and the winners on Thursday 1st July. All our nominated authors have new books out now:

HOUSE OF CORRECTION, by Nicci French

Everyone knows she killed Stuart Rees – why else would his dead body be found in her shed? So now Tabitha is in prison, awaiting trial.

Coming back to the remote coastal village where she grew up was a mistake. She didn’t fit in then, and she doesn’t fit in now. That day is such a blur, she can’t remember clearly what happened. There is something she is missing, something important… She only knows one thing. She is not capable of murder. And the only one she can trust to help her out of this situation is herself.So she must fight. Against the odds.

Beautifully written about prejudice, loneliness and fighting spirit, this new book by Nicci French is shocking, twisty and utterly compelling.

WATCH HER FALL, by Erin Kelly

After years of blood, sweat and tears, Ava Kirilova finally has the ballet world at her feet. But away from the spotlight, whispers backstage make her lonely and paranoid.

Because someone is watching her from the wings. Someone who wants what she has. Wants it so badly two people will pay with their lives.

If what they said was true, then the grotesque and the monstrous ran in her blood. It was imprinted within her very core, her DNA, a part of every cell in her body.

Kat's children are both smart and well-adjusted. On the outside. Kat has always tried to treat Imogen and Jemima equally, but she struggles with one of her daughters more than the other. Because Imogen's birth mother is a serial killer. And Imogen doesn't know.

They say you can't choose your family, but what if your family chooses you?