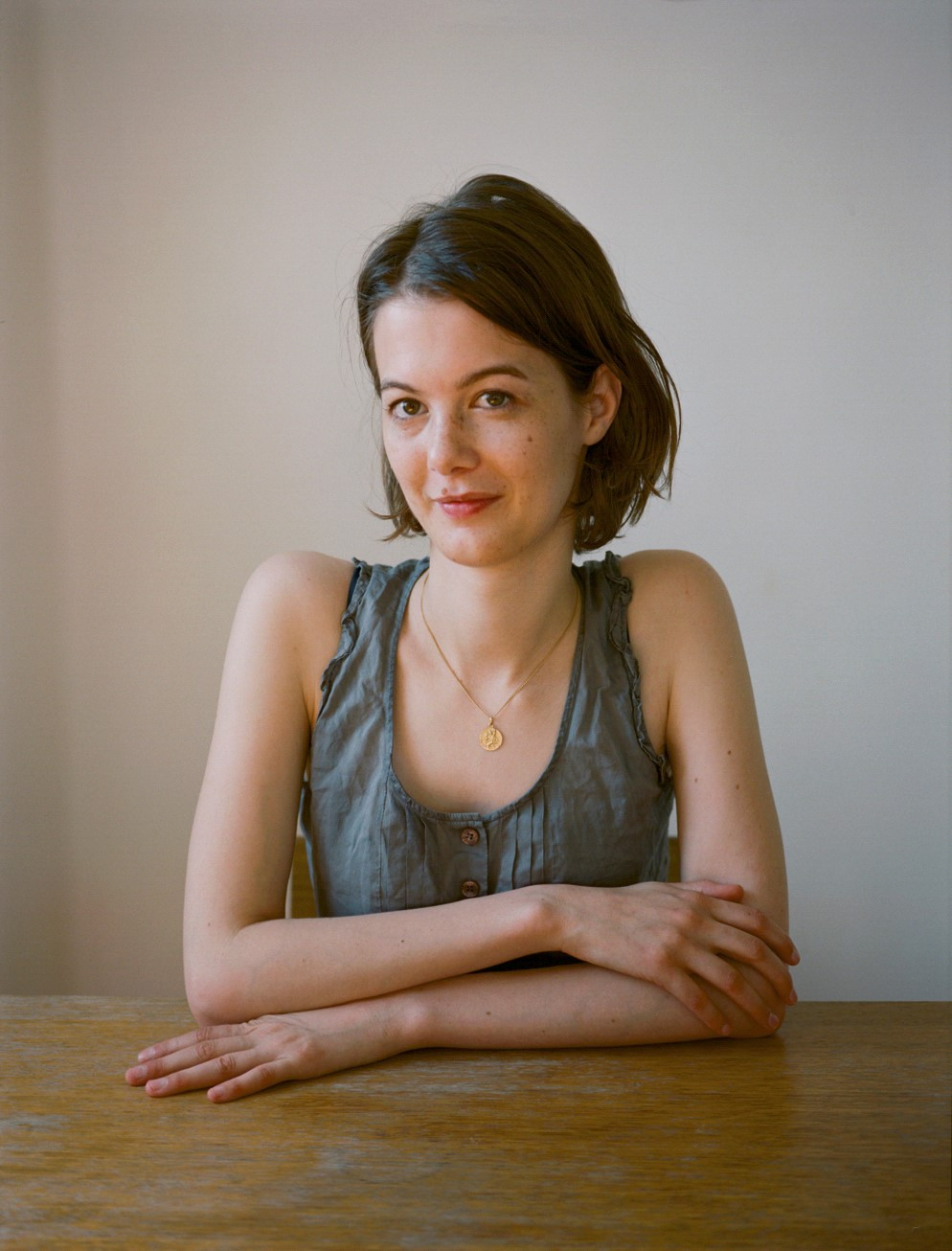 Lucie Elven has written for publications including The New York Times, The London Review of Books, Granta, Five Dials, AnOther, NOON and The Drift. THE WEAK SPOT, her first book, was published in the US in 2021 by Soft Skull Press and in the UK by Prototype. She was described by Merve Emre in the New Yorker as among ’the most interesting short-story writers working in English'. She lives in London.

'In a curving yet extremely economical style, Lucie Elven’s debut novel The Weak Spot spins a colorful, controlled narrative of longing, power, and selfhood within and outside the body. [...] [As] the novel progresses, the narrator’s voice noticeably transforms, her pacing and tone altered by the surrounding dramas of the town and the constant surveilling presence of Mr. Malone. Despite the first-person present structure, the narrator’s ego begins to drip and melt at the edges: a psychoanalytic exercise that renders the writing impulsive, suggestible, and a part of the fictive circulation that is the lifeblood of this town. Elven’s precise control at the level of the sentence is apparent wherever one looks. Rarely is there a superfluous word or action within this narration, highlighting both the internal locus of control that is the main narrator as well as the power structures that surround her. [...] We can identify the effect of wandering through a fog-like memory, approaching the limits of a dream yet suspended; grounded, not fully released into absurdity. In this way, The Weak Spot is a strong first debut by Lucie Elven, clearly demonstrating her poignant yet subtle style, and providing an exciting look at an emerging contemporary writer one should keep on their radar.' Ezequiel González, Columbia Journal of Literary Criticism

'Elven's dreamy, hypnotic debut follows a woman working as a pharmacist's apprentice in a tiny, remote European village accessible only via cable car. [...] It's an eerie and resonant modern fable.' Arianna Rebolini, Buzzfeed

'Elven’s crisp and creepy debut looks at the transactional nature of relationships and the subtle signals of power at play in small-town dynamics. [...] Very short chapters focus on the mundane interactions of everyday life, which in Elven’s hands become significant and sometimes ominous, despite (or because of) the heroine’s cool narrative voice [...] the arch, skillfully polished prose keeps things intriguing. Elven successfully channels the magic and mood of Kafka’s fables.' Publishers Weekly

'In prose reminiscent of Fleur Jaeggy, The Weak Spot is a prismatic fable spiked with dozens of elegant revelations. Lucie Elven is an extremely promising new writer, one in touch with a greater, richer world that exists just below the surface of daily life.' Catherine Lacey, author of Pew and The Answers

'Recalling the mood of Thomas Mann's The Magic Mountain and the aesthetic of a Dario Argento film, The Weak Spot is an evocative and intriguing novel. The thrill is in the prose—vivid, expansive, perfectly controlled. I love where Lucie Elven's sentences take me, and I adore this book.' Lauren Aimee Curtis, author of Dolores

'This eccentric, intensely observed book—full of dry humor and sturdy, elegant sentences—examines the slippery quality of the self in relation to others and the treacherous terrain of a world governed by manipulative men. Slightly gothic, vaguely old-world, and briskly contemporary, The Weak Spot is a singular work from a writer whose fiction I’ve long admired in the pages of NOON.' Kathryn Scanlan, author of The Dominant Animal and Aug 9—Fog

'The Weak Spot is at once a charming and a gently profound novel, bringing to mind the elegant fabulism of Anne Serre and the grace-filled contemplativeness of Marilynne Robinson’s Housekeeping. In sentences that quietly astonish, Lucie Elven shows us how consciousness is shaped by landscape—by distance, light, and heat—and by radically opening ourselves, for better and for worse, to the aspirations and struggles of others. I know I will be returning to these pages again and again.' Mary South, author of You Will Never Be Forgotten

'No word is wasted in Lucie Elven's whipsmart, elegiac debut. Every scene and image is vivid, cutting, and fluid, turning a peculiar mountain town into a wonderland of social insights and frictions. I knew I would be rereading The Weak Spot halfway during my first read—and a few pages into my second read. Elven is a master in the making.' Stephen Kearse, author of In the Heat of the Light