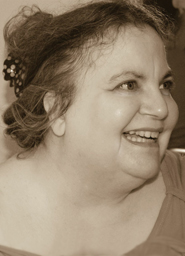 Liz Holliday is an award winning writer of science fiction, fantasy and crime.

Her story By the Cold of the Moon appeared in Extreme Fantasy 2 (winner of the Bram Stoker Award for best fantasy collection of the year). Another story, And She Laughed, was short-listed for the Crime Writers' Association short story dagger. It was later adapted for the US TV show The Hunger, fronted by David Bowie.

She has also written ten novelisations of TV shows (including Cracker, Bugs, and Soldier Soldier).

Her latest book is a tie-in for the television show Ghost Whisperer.

Her nonfiction includes journalism (The Guardian, Time Out, SFX etc), a guide to London for children (for children to read themselves), educational materials for adults and children, and games material. She is the news editor for the recently relaunched Fear magazine.

She has an MA (with Distinction) in Screenwriting from the London College of Communication, and an MSc in Technical Communication and the Human Computer Interface from London South Bank University.