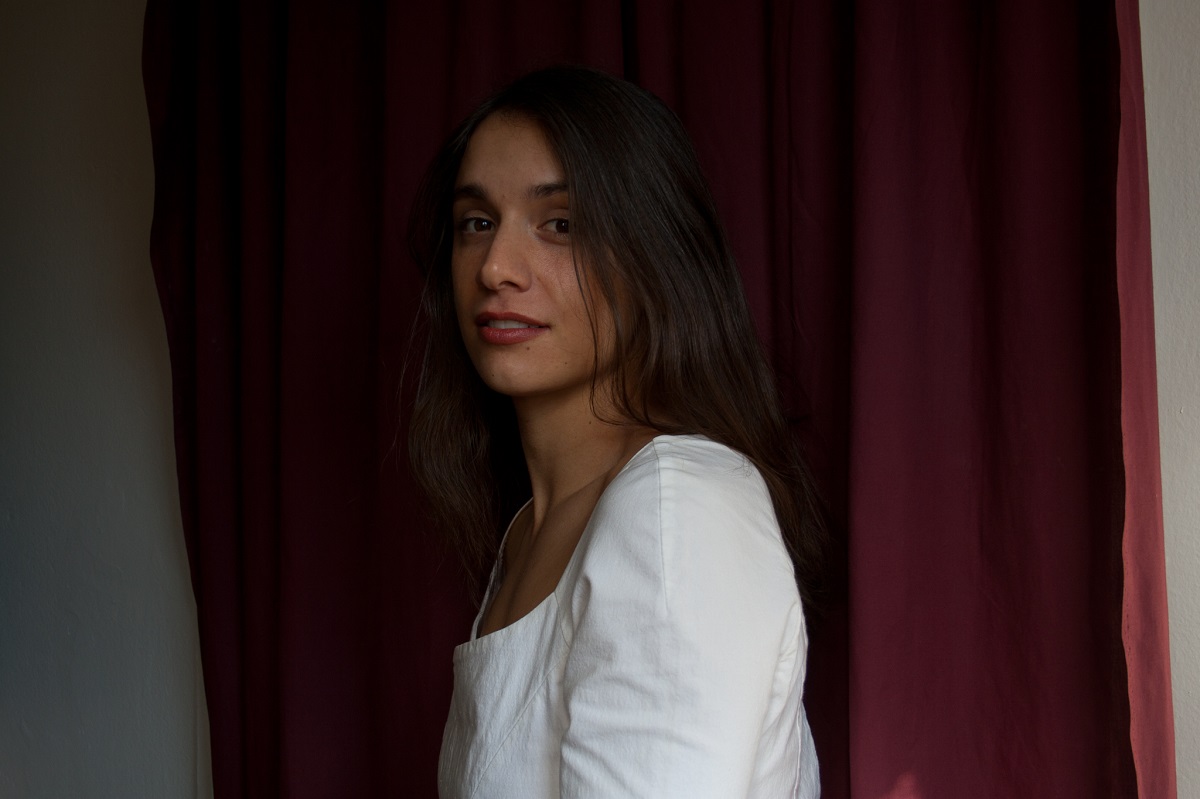 Lauren Aimee Curtis was born in Sydney 1988. Her fiction and essays have appeared, or are forthcoming, in Granta, The White Review, Catapult, The Atlas Review, Sydney Review of Books, The Lifted Brow and Fireflies, among other publications. In 2017, she was shortlisted for the Elizabeth Jolley Short Story Prize. Her first book, DOLORES, was published by Weidenfeld & Nicolson in July 2019 and was shortlisted for the UTS Glenda Adams Award for New Writing at the 2020 NSW Premier's Literary Awards. She has recently completed a PhD on the work of Renata Adler and Elizabeth Hardwick at the University of Technology Sydney and is currently at work on her next book.

'[A] taut and moody novella about desire, female power and religion. [...] Curtis skilfully narrates the eight months that follow. In beautifully distilled scenes we move between life with the eccentric and tender nuns, and Dolores's childhood. [...] In burnished prose, Curtis raises potent questions about how women control their bodies and destinies when subject to institutional forces.' Judges of the 2020 UTS Glenda Adams Award for New Writing

​'We’ve all read about grooming, about how vulnerable girls are coaxed and exploited by predatory “boyfriends”. Dolores (Weidenfeld & Nicolson), a sharp and witty first novel by Australian writer Lauren Aimee Curtis, plaits together an illuminating account of the process with an irreverent after-story set in a Spanish convent.' Lucy Hughes-Hallett, New Statesman 'Books of the Year 2019'

‘Dolores is a glowing, beating heart of a book; Curtis’ sentences manage to be both mysterious and precise, creating a potent atmosphere that resonates beyond its brevity.’ Megan Hunter

‘Rich, melodic and marked by a troubling sensuality, Dolores depicts the strange pleasures a young girl might take in her body, and the perils and liberations such pleasures hold.’ Sue Rainsford, author of Follow Me To Ground

'Enigmatic [...] Curtis writes in short, stark sentences. There’s great precision to her recounting of events and to her descriptions: convent clothes smell of “mothballs, stale soap and onions”; the nuns seem “to chew the soup as if it were a piece of meat”. There’s something rather cinematic about her arm’s length approach – Dolores is observational, not explanatory. This also provides images of deadpan, physical humour: Dolores breaking eggs on to the head of a bishop who puts his face up her skirt; a novice smashing a guitar over a holier-than-thou new arrival. “Madonna! the nuns whisper.” Short and mysterious, Dolores is a compelling, one-sitting read. I craved more – of Dolores herself, of how she really feels. But Curtis writes the close-up details of life in the convent with as much intensity as the burgeoning sexuality of a young girl, and the two elements chime in a strange harmony.' Holly Williams, Observer

'The book moves between scenes from [Dolores's] life in the convent and the events that led her there, and Curtis skilfully balances both its revelations and ambiguity to aid momentum. [...] We know the convent is in the hills somewhere in Europe, but never know where, exactly. All this, rather than being frustrating, gives the story an otherworldly sheen, and the book is so well written that it makes the need for solid details feel frivolous. [...] What Dolores doesn’t hold back on is the grotesqueness of everyday life for the women at the convent. The nuns have green-yellow gunk in their eyes and bad breath. One has a large tooth that hangs out of her mouth. They smell of sweat. Another has ‘a large, round, and translucent face, like the moon’. Even the pretty one bites her nails. Focussing on these details has the possibility of slipping into cruelty, but Curtis resists doing so. By keeping the narrative tight, she’s able to put care into each sentence and this pays off with a kind of warmness that encompasses the characters in its glow. Curtis is certainly a new Australian voice to pay attention to and she is already receiving attention from overseas readers; a part of Dolores has already appeared in Granta. If you are looking for an Australian novel that embraces its uniqueness, then Dolores can’t be recommended enough.' Chris Somerville, Readings

'A succinct, intense story about a young girl who turns up at a convent and is taken in by the nuns. This atmospheric debut is a deliciously satisfying read about a girl at a critical juncture in her life.' Book Riot

'This skilfully written and disquieting novella takes a character from contemporary life, gives her a classic female problem, and places her in an almost timeless setting, and the result is a hypnotic and powerfully affecting read.' Sydney Morning Herald, 'Pick of the Week'