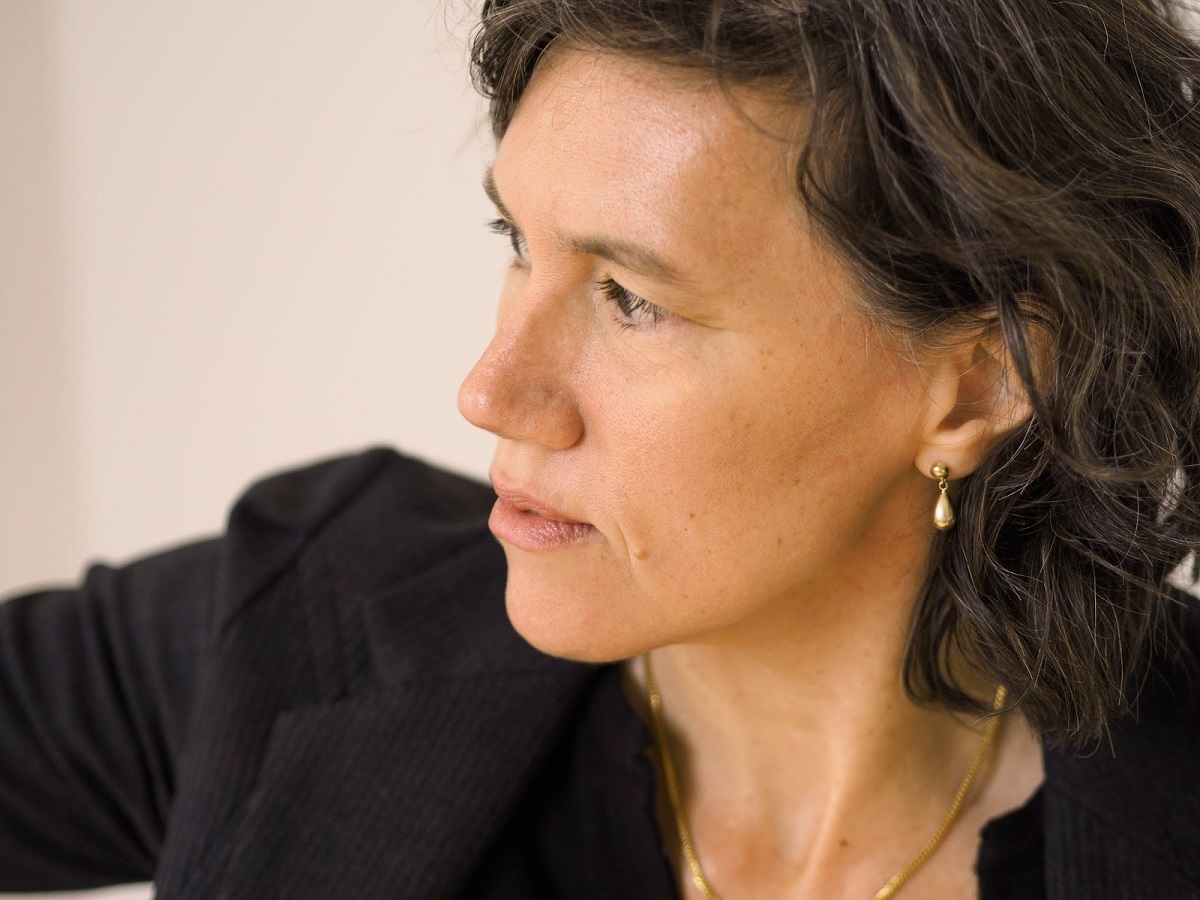 Kim Adrian is an American writer whose first book, Sock, is part of Bloomsbury's Object Lessons Series. Her essays and short stories have appeared in O Magazine, Tin House, Agni, the Gettysburg Review, and many other places. Her work has garnered several awards and recognitions including a scholarship to the Bread Loaf Writers Conference, a PEN New England Discovery Award, a Massachusetts Cultural Council Artist's Grant, and fellowships to the Edward Albee Barn. Kim is the editor of The Shell Game: Writers Play with Borrowed Forms, an anthology of lyric essays that a review in The Millions praised as providing "a sense of hope about literature and its capacity for evolution and change." A graduate of Barnard College with a major in Cultural Anthropology, Kim received her MFA from the Bennington Writing Seminars. In late 2018, she published a memoir, The Twenty-Seventh Letter of the Alphabet, with University of Nebraska Press. She has taught at Brown and Boston Universities, and is currently at work on a novel based on the life and writings of E.T.A. Hoffmann.

Praise for The Twenty-Seventh Letter of the Alphabet (2018):

'A story with a shadow half. This ambitious memoir glints with poetry and wisdom...aching, endless, unresolved, and extremely compelling... The glossary is a clever choice of form. Like mental illness, a glossary impedes forward momentum (if one is compelled to flip forward and back), but it also provides a logic that real life doesn’t offer... The structure allows different truths to exist at once... Adrian’s novelistic attention to scene works...her prose is lyrical and funny, often in the same moment.' The Los Angeles Review of Books

'The Twenty-Seventh Letter of the Alphabet is a feat on many levels. Adrian tells a harrowing story, surprisingly redeemed by her own sweet family, but in many ways also continuing. She gives it meaning without having answers to all the questions she still asks herself. Her work as glossator is astonishing and inventive. Her glossary is strangely gripping, with a momentum pulling the reader in and through. The result is whimsical, even darkly funny at times, brimming with compassion, terribly sad and deeply loving. Memoir readers should not miss this singular offering.' Shelf Awareness

'The Twenty-Seventh Letter of the Alphabet . . . details, with precision, sensitivity, and lyricism, the specialized language of a childhood and adulthood with an alcoholic father and a mother with a catalog of emotional problems. The form imposes a semblance of order, is an attempt at understanding, and blazes with harrowing moments (the three-year-old Adrian seeing her mother’s first suicide attempt, “the blood, the razor blade”; the incest and physical abuse her mother suffered; the lifelong tug and push between daughter and mother). The book is an intimate and searching accumulation of the moments, tender and brutal, that heap together and create a life.' The Boston Globe

'Adrian’s unique approach to narrating a story that resists order is to transform it into glossary entries. The story is told through an alphabetical list of terms—from Abecedarian to Zigzag—in which she jigsaws together the bits and pieces of her experiences in order to create this beautiful reckoning. Some of the entries are long and provide pages of narrative, others are brief like a punch.' Signature Reads

'A stunning merger of form and content; a remarkable portrait-becomes-self-portrait; and something like a master class in complicity.' David Shields, author of Reality Hunger

'The Twenty-Seventh Letter of the Alphabet is a revelation. By structuring the book in the unconventional form of a glossary, Kim Adrian allows the reader into the very intimate mechanics of her memory. Each page I read pulled me deeper under the book’s peculiar spell. Through Adrian’s rigorous attention to detail I found myself involuntarily drawn into her perspective, both as a child and a grown woman, hungry to make sense of this troubled family, and this vibrantly unstable mother.' Alysia Abbott, author of Fairyland: a Memoir of My Father

'A vivid, vibrant glossary of a life. Adrian’s sharp prose and unique form combine to illustrate how powerfully our childhoods reverberate throughout our lives.' Dinty W. Moore, author of Between Panic & Desire

'This is desperately serious work, an exacting memoir that excavates, with compassion for all involved, the harrowingly repetitive patterns of abuse as well as moments of something like hope, crushable and delicate, thwarted, and yet renewable. An agonized, beautiful, unflinching account.' Lee Upton, author of Visitations: Stories

'Kim Adrian’s The Twenty-Seventh Letter of the Alphabet is an intimate portrait of the chaos and confusion of her mother’s mental illness. It’s also a deep meditation on storytelling itself—our desire to impose order, discover meaning, heal what is broken in us, and find a way to live with what can’t be fixed. Innovative in form and comprised of razor-sharp vignettes, Adrian summons a rare, hard-won compassion for both her mother and herself.' Steve Edwards, author of the memoir Breaking into the Backcountry

'Kim Adrian’s portrait of her mother—a woman who inflicts considerable damage, having had plenty done to her—is darkly comic, probing, and full of compassion. This memoir unfolds in the startling form of a glossary: an A-to-Z of key words that have shaped Adrian’s coming-to-terms with family and its mysteries. The Twenty-Seventh Letter of the Alphabet is altogether remarkable.' Martha Cooley, author of Guesswork: a Reckoning with Loss

'Adrian has written the logical, not chronological, order of her family’s treasures and skeletons. These snippets, snapshots, and sequences are the ABCs of answering those age-old family questions—who are we and what have we become? With compassion, humor, and heartrending love, Adrian uses the alphabet to compose redemption’s glossary.' Amy Wallen, author of When We Were Ghouls: a Memoir of Ghost Stories

'Real love is difficult, painful, and exasperating. But in this compelling memoir, written in the form of a glossary, Kim Adrian also reveals it to be a kind of endurance. Out of a fragmented, deeply moving, and dazzling narrative, the author pieces together this hard-won love, made possible by her refusal to give up. Many books are described as ‘brave’—this one really is.' Sue William Silverman, author The Pat Boone Fan Club: My Life as a White Anglo-Saxon Jew

'The Twenty-Seventh Letter of the Alphabet astonishes from A all the way to the end. Funny, sad, unassuming, wise—exquisitely written—it will make you laugh, cry, wonder, hope. You (and your vocabulary, too) will be the better for reading this beautiful book.' Dinah Lenney, author of The Object Parade