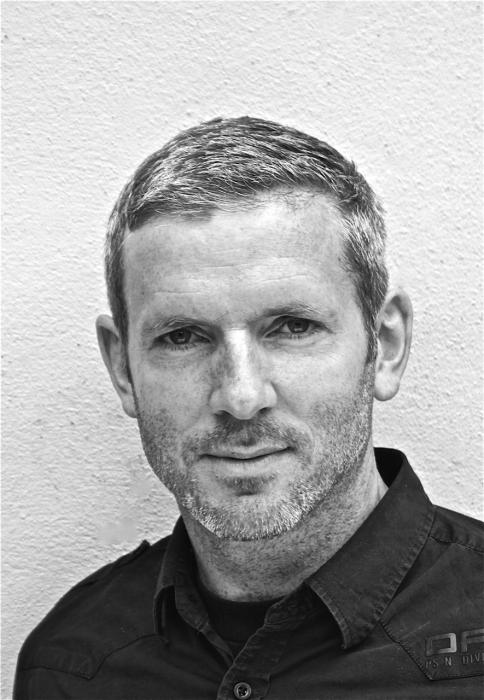 Kevin Maher was born and brought up in Dublin, moving to London in 1994 to begin a career in journalism.  He wrote for Guardian, the Observer and Time Out and was film editor of the Face until 2002, and before joining The Times where for the last seven years he has been a feature writer, critic and columnist.

He lives in Hertfordshire with his wife and three children. The Fields is Kevin's first novel and was shortlisted for the 2014 Authors' Club Best First Novel Award. You can hear him talking a little about it here.

His second novel, LAST NIGHT ON EARTH, was published in April 2015.

Praise for LAST NIGHT ON EARTH:

“As Last Night races to it conclusion, the story unfolds like an action film with the beating heart of an intellectual rom-com … …. told with tight, witty prose and deeply felt emotion.” Times

‘It continues to amaze approximately no one here that’s (Maher’s) follow up- Last Night on Earth, is as wondrous as the first…Maher writes with an exuberance and inventiveness that makes his characters joyous things to behold…the novel is as delightful and challenging as it is heart wrenching and honest.’ Esquire

“The story unfolds like an action film with the beating heart of an intellectual rom-com. Jay’s journey from young man to proper grown-up is told with tight, witty prose and deeply felt emotion.” Melissa Katsoulis, The Times, Pick of the Paperbacks

“Last Night on Earth… presents relationships in the delicate space between a laugh and a cry… Its narrative crackles with abrupt changes in voice, form, perspective and tense… Paternal love pulses through the pages, and the heartache of trying for a baby and of being a parent as well as loving (and losing) a parent are underscored by detail and wit.” Financial Times

‘If all of this seems fearsomely complicated, don’t worry: Maher handles his myriad ingredients with an impressive lightness of touch. Last Night on Earth is an old-fashioned, plot-heavy sort of book, the kind of novel that speeds by in a rush of incident and vividly-rendered characters. You look up and a hundred pages have gone by, almost without you having noticed….Last Night on Earth is a big, warm-hearted book, funny and touching…bursting with anecdotes, gossip, flashbacks, bedtime stories, confessions, jokes, and allusions to movies and philosophers: entertainment, in other words. This is very impressive work from a writer to watch.’ Sunday Business Post

Praise for THE FIELDS:

“Fresh, beguiling and laugh-out-loud funny on every page.” Guardian

"A joy to read." Kate Atkinson, author of Life After Life

“I absolutely loved The Fields by Kevin Maher. It's very funny, very moving and spot-on in its depiction of growing up in Dublin in 1984” John Boyne, bestselling author of The Boy in the Striped Pyjamas

“Rich in period detail, Kevin Maher’s debut novel captures the spirit of the changing times in Ireland, and convincingly conveys all the exuberance, uncertainty and angst of being a teenage boy; it’s funny and heart-warming... Maher is an engaging writer and this is a hugely enjoyable - and promising - debut.” Daily Mail

“The adrenaline-fuelled Irish prose shifts constantly between the funny and the heartbreaking, the ferocious and the tender — often in the same paragraph — without ever undermining the emotional impact of the central couple’s tangled love story. At times, in fact, the result is not unlike a winningly unhinged version of David Nicholls’s One Day.” James Walton, Spectator

“Brilliantly captures both the humour and awkwardness of teenage years... The character of Jim is the novel’s biggest strength and his dry humour and vivid social commentary... shines through the novel.” The Skinny

‘All the energy and fun of Roddy Doyle’s early novels.’ Independent on Sunday

‘Funny, inventive debut from one of the Times’ own.' The Times