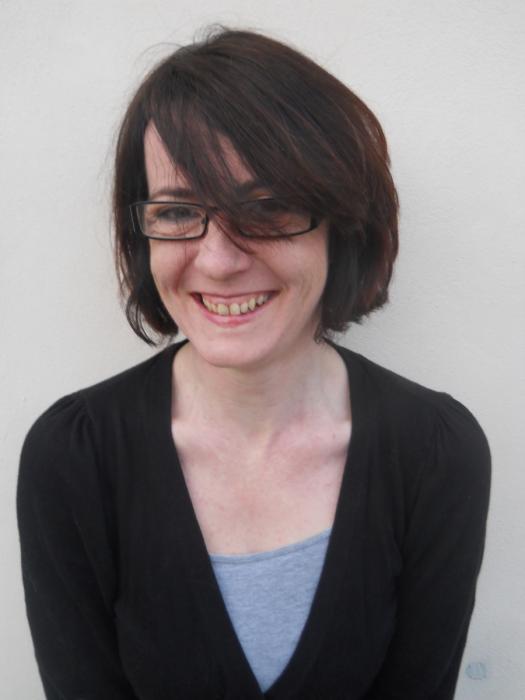 Kerry lives in Lincolnshire between the countryside and the sea, in a house filled with books, films and dogs.  Before writing full-time she was a BookStart Co-ordinator for BookTrust and got to read picture books to children all day.  She was also a finalist in a BBC ScriptWriting for Children competition and has a first class honours degree in Professional Writing.  She leads young people’s writing groups for Writing East Midlands and is the co-organiser of the UKYA Extravaganza events.

Her first YA novel, A BRIGHTER FEAR was published in 2012 by HarperCollins in the UK and Callenbach in the Netherlands.

Her second YA novel, A DREAM OF LIGHTS (2013), was also published by HarperCollins and Callenbach.  It was nominated for the CILIP Carnegie Medal, awarded Highly Commended at the North East Teen Book Awards and shortlisted for the Hampshire Independent Schools Book Award.

THE LAST PAPER CRANE (2020), with illustrations by Natsuki Seki, is a literary, stand-alone YA novel coming from Hot Key/Bonnier.  It tells the haunting story of a promise made long ago ... a powerful novel set in contemporary Japan and also in 1945 Hiroshima.