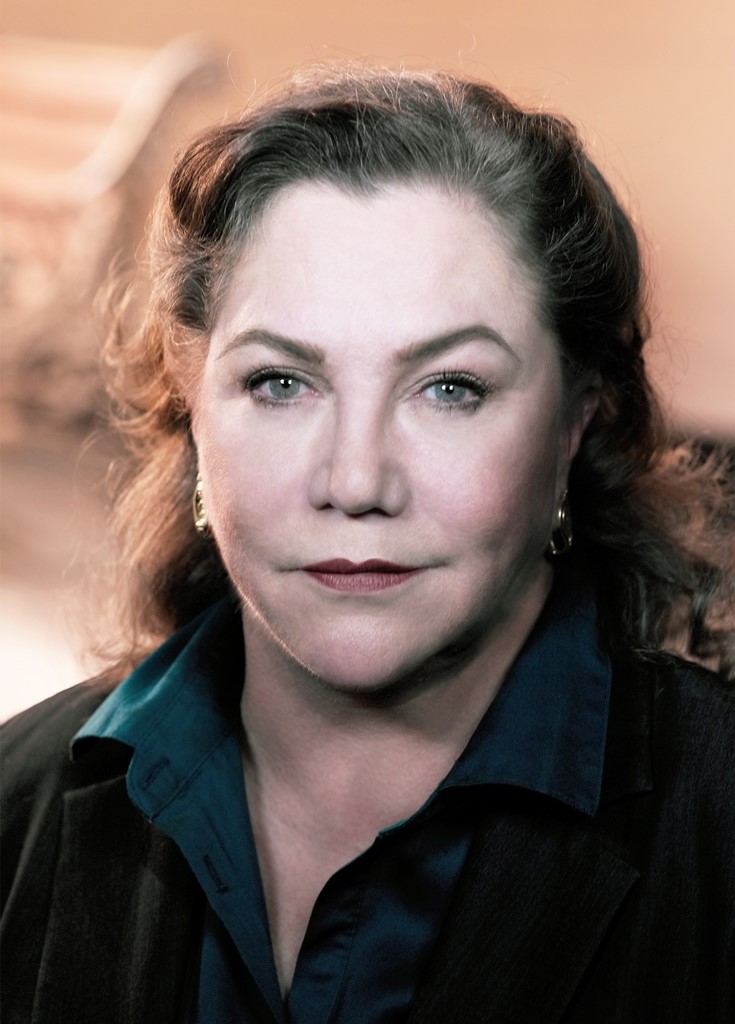 Screen icon Kathleen Turner has garnered critical acclaim for her performances in movies including Body Heat, for which she was nominated for a Golden Globe; Romancing The Stone and Prizzi's Honor, which earned her a Golden Globe Award for each; Peggy Sue Got Married, which brought Turner both an Academy Award nomination and a Golden Globe nomination; and War of the Roses, and yet another Golden Globe nomination.  Turner's extensive film credits also include The Man with Two Brains, with Steve Martin; Jewel of the Nile, with Michael Douglas; The Accidental Tourist; V.I. Warshawski; John Waters' Serial Mom; Naked in New York; Moonlight and Valentino; The Real Blonde; and Sofia Coppola’s The Virgin Suicides.  Ms. Turner has also starred on Broadway in Cat On a Hot Tin Roof, for which she received a Tony nomination for Best Actress; Indiscretions; The Graduate; and Who’s Afraid of Virginia Woolf, for which she received a second Tony nomination for Best Actress. More recently, Ms. Turner had a major recurring role playing the role of Sue Collini on Showtime’s hit series, Californication as well the starring role in an independent film called The Perfect Family.  Ms. Turner most recently starred on stage in THE YEAR OF MAGICAL THINKING at Arena Stage in DC.  She has also starred as Molly Ivins in Red Hot Patriot: The Kick Ass Wit of Molly Ivins at Philadelphia Theater Center, The Geffen in LA and Arena Stage in DC and on Broadway as a nun in HIGH, which she took on tour for some of 2011 and 2012.  Her most recent film, Dumb & Dumber To with Jim Carey and Jeff Daniels was in theaters last year and has made nearly $200 million dollars worldwide.  She also starred opposite Ian McDiarmid in BAKERSFIELD MIST in the West End and following that she went to Berkeley Rep to do the Molly Ivins play from the middle of November to January 2015. In addition to her film and stage credits, Turner wrote of her many accomplishments and life experiences in her 2008 autobiography titled Send Yourself Roses: Thoughts on my Life, Love, and Leading Roles, which secured a position on the New York Times Best-Seller List.