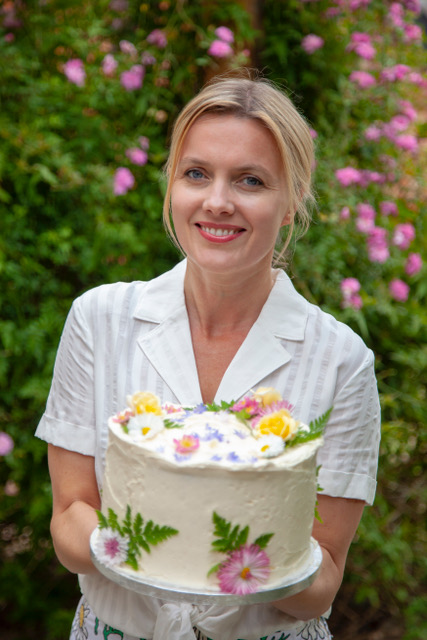 Juliet is one of the UK’s leading cakeologists; regularly appearing on TV, in magazines, vlogs, blogs, social media campaigns and radio. Over the years she has made edible creations for thousands of people, including many celebrities such as Sir Ian McKellen, Bryan Adams, Prince Harry and Kate Moss.

Comfortable both in front and behind the camera, Juliet has built a reputation for creativity, innovation and making impressive and challenging cakes accessible to the average baker. Her no-nonsense, down to earth approach makes her creations accessible as well as highly entertaining. Fronting her own ITV show in November, Juliet will share her extensive knowledge of both sweet and savoury bakes.

She is a regular presenter on ITV’s This Morning show and designed and created the edible animated characters for Channel 4’s Great British Bake Off for their TV, social and print media advertising campaigns.

Juliet is hugely experienced in recipe writing for print, having written four successful baking books, and for numerous publications such as BBC Good Food, Delicious and Hello magazines.

She also works with major International brands such as the BBC, Cadbury, Dr Oteker, Kitchen Aid and Marc Jacobs and was previously the UK Ambassador for Cake Boss.