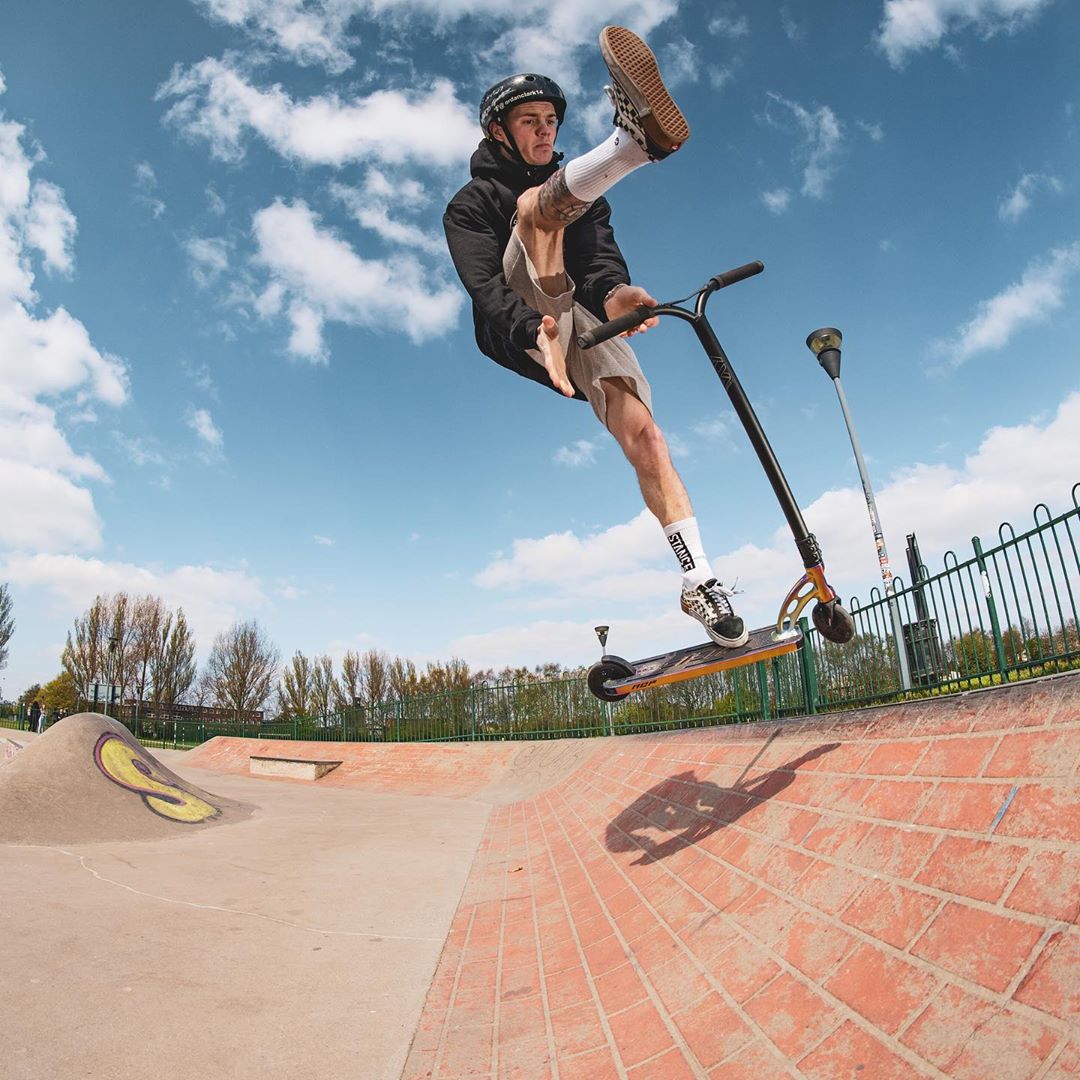 Jordan Clark is a three time World Scooter Champion, currently holding the World title. He had previously been crowned in 2015 and 2016. Jordan is also a three time European, and FISE World Montpellier champion.

Jordan also broke records when he became the first person ever to pull off a gravity-defying triple front flip on a scooter. He was featured on the Sky Sports show Game Changers, and his online YouTube content has gained over 5,000,000 views. Jordan is a Brand Ambassador for Madd Gear Action Sports and has previously collaborated on Kanye West's Yeezy collection.